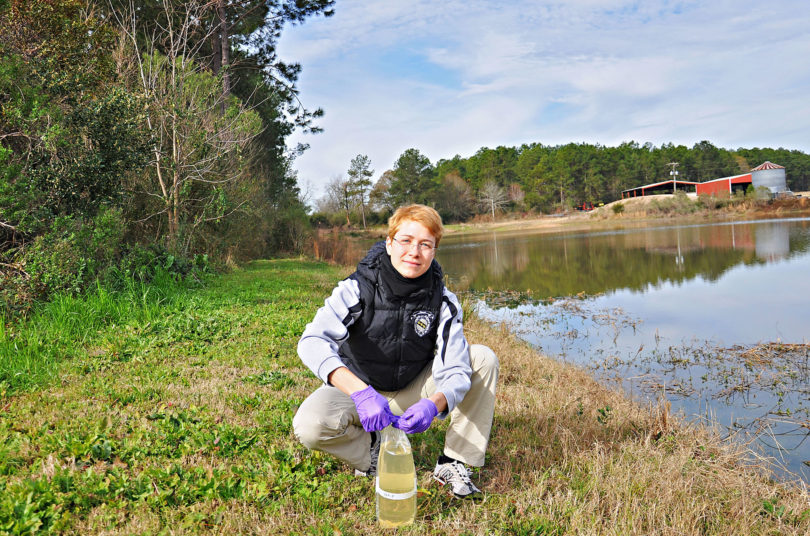 CAES students and researchers partner with US, European colleagues to share latest developments in precision agriculture

Thousands of miles may separate Georgia and Europe, but farmers on both sides of the Atlantic Ocean face similar problems: dwindling water supplies, rising expenses, increasing competition from the developing world and the need to produce more from their land while protecting the environment.

TAPAC started eight years ago as a way for students and researchers to gain common experiences, share ideas and promote mutual understanding. The consortium includes UGA, Auburn University, the University of Thessaly in Greece, the University of Padova in Italy and the Technical University of Munich in Germany.

The project is supported by the International Science and Education Program of the USDA National Institute of Food and Agriculture.

George Vellidis, a professor of crop and soil sciences with the College of Agricultural and Environmental Sciences, coordinates the international effort.

“This partnership has allowed us to stay on the cutting edge of precision agriculture developments by constantly sharing what has been going on at our institutions and in our countries,” Vellidis said. “It also has allowed us to train students who are technically skilled and culturally comfortable on two continents.”

Vellidis and a group of researchers from the partner universities traveled together to Greece, Italy and Germany earlier this month to present their research to farmers, agricultural specialists and regional and national policymakers. Current and former exchange students also presented at the workshops, which promote the adoption of precision agriculture strategies that have been successful in Europe and the U.S.

Jay Bevington, an environmental engineering graduate student at UGA, currently is conducting his thesis research at the University of Padova where he is investigating saltwater intrusion into the agricultural region’s groundwater. UGA faculty members on his committee include Vellidis, David Radcliffe from crop and soil sciences, and Christof Meile from marine sciences. Camden Lowrance, a new graduate student in crop and soil sciences, will head to the University of Thessaly in December, where he will be studying grape yield and quality in Greek vineyards. An Auburn graduate student will be going to the Technical University of Munich.

Currently, Vellidis is hosting University of Padova student Camilla Borgato, who is pursuing her master’s degree in environmental sciences.