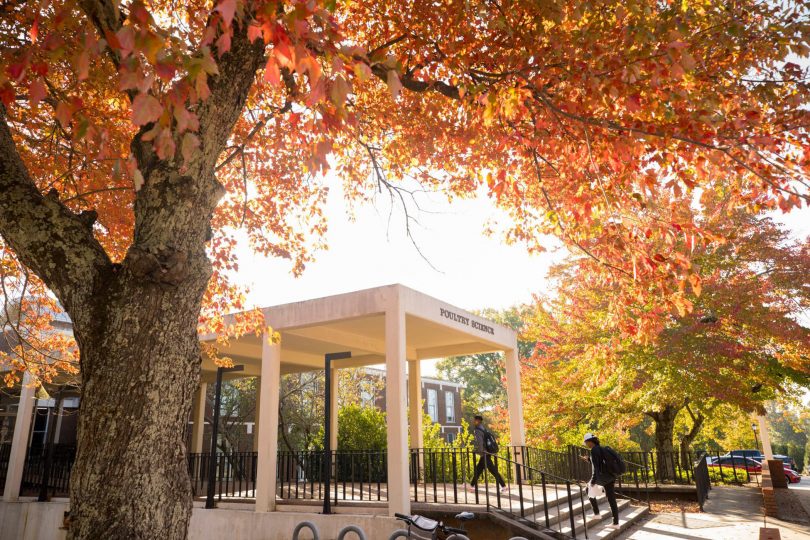 The R. Harold and Patsy Harrison Foundation has pledged $1 million toward the construction of a new Poultry Science Building on the University of Georgia’s Athens campus, expanding the legacy of the Harrison family in Georgia’s poultry industry.

The $1 million commitment is the first seven-figure gift to the Poultry Science Building campaign and the foundation’s first gift to the University of Georgia.

“My father graduated from the College of Agriculture, and he would tell stories about walking up Ag Hill. UGA and education were very important to him,” said Bobbie Ann Harrison Reynolds, who established the R. Harold and Patsy Harrison Foundation in her parents’ honor in 2019.

R. Harold Harrison earned his bachelor’s degree in agribusiness from the University of Georgia’s College of Agricultural and Environmental Sciences in 1941. At graduation, Harrison received a blank piece of paper as he crossed the stage because he could not pay the $5 required for his diploma, returning later to pay the fee. Today, that framed diploma hangs in the Harrison Poultry headquarters, Reynolds said.

“With this generous commitment from the R. Harold and Patsy Harrison Foundation, CAES is able to continue leading the way in poultry research and education. We are excited about the future of our Poultry Science Building, and it would not be possible without support from industry partners like Mrs. Bobbie Ann Harrison Reynolds and the entire Reynolds family,” said CAES Dean and Director Nick Place.

The estimated $54.1 million project will increase the size of the department of poultry science’s facilities to more than 70,000 square feet, modernizing instructional and lab space; providing centralized, student-focused facilities; and helping to attract and retain world-class researchers. The new building will be located on what is currently a parking lot between Boyd and Conner Halls.

State-of-the-art learning labs will bolster the traditional classroom experience with production courses, demonstrations and relevant field-learning exercises and contribute to the department’s expanding FFA, 4-H and other youth programs, as well as assist with student recruitment efforts. Construction is scheduled to begin in spring 2022 with completion in fall 2023. 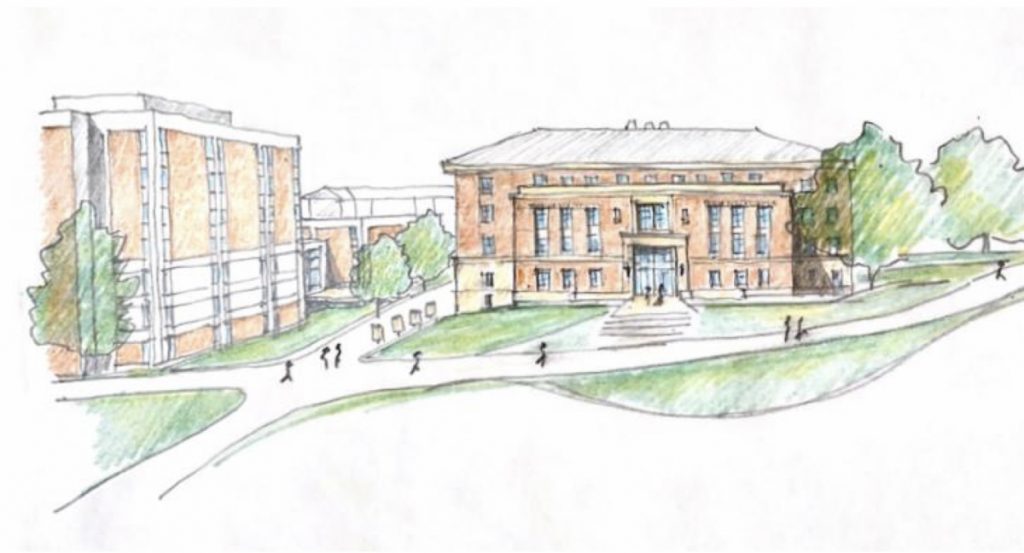 A rendering of the Poultry Science Building

After graduating from UGA, Harrison was commissioned into the U.S. Army and served in World War II in Europe as a platoon leader and company commander and was honorably discharged as a captain in 1945. Returning to his hometown, Harrison built his company from a small operation selling chicks to feed dealers in the area to broiler production and processing and was a pioneer in automation, building a feed mill, hatchery, and the processing facility still operating today.

“Harrison Poultry now contributes approximately $100 million dollars annually to the local economy and is the largest nongovernment employer in Barrow County with nearly 1,000 employees and contracts with more than 100 growers in several surrounding counties,” said David Bleth, president and CEO of Harrison Poultry. “We are proud to be associated with the continuing innovation that will be a part of the R. Harold Harrison legacy.”

During his career, Harrison served as director of the National Broiler Council and was awarded the Agri-Leader of the Year in 1984 by the Atlanta Farmers Club. He was a member of the Barrow County Board of Education for 24 years, serving as chairman for 12 years. As a state senator, he represented Gwinnett, Barrow, Jackson and Banks counties. He was inducted into the Georgia Agricultural Hall of Fame in 2001.

“My father was such a community leader — serving as a state senator, on the bank board, on the school board, on the hospital board, all while building his business at the same time,” Reynolds said. “It seemed a perfect fit for the conference center at UGA’s Poultry Science Building to be named for him and for my mother. It will be a place where all of the leaders of the industry will come together for the benefit of everyone.”

Establishing the R. Harold and Patsy Harrison Foundation was a way to honor her parents. Her mother also attended UGA.

“Knowing how much Daddy valued philanthropy and giving back, this means a lot. Honoring them both in this way and being a donor to this project are important because of the example that they set for me,” Reynolds said.

The Poultry Science Building campaign is a public-private partnership. Thus far, the state of Georgia has allocated a total of $23.9 million for planning and construction of the new building. A final request to equip the building is slated to be included in the University System of Georgia’s fiscal year 2023 capital budget request.

Ranked the No. 1 poultry science program in the nation, the CAES Department of Poultry Science has been a major contributor of research and university-trained experts that have led to the exponential growth of the state’s industry for many decades. The department and its faculty are well-known for their industry-focused advances.

“We need innovation in the industry and my father was an innovator,” Reynolds said. “This is an exciting project for the Poultry Science program. It is all about educating the next generation of leaders for the industry. My family and I are blessed and thrilled to be involved in this investment in infrastructure for the future.”

To make a gift to the Poultry Science Building Fund, contact Mary Ann Parsons, senior director of development for CAES, at 706-542-3390 or visit the CAES giving page.