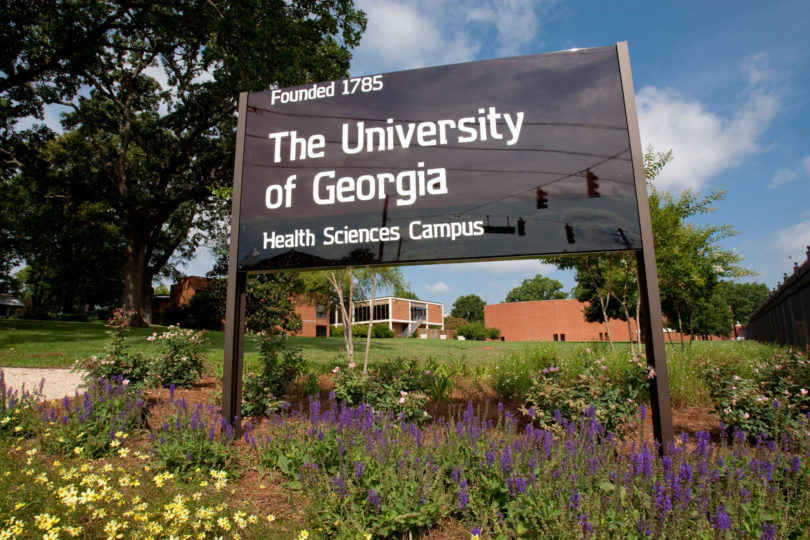 Health Sciences Campus at the University of Georgia

The following information is provided as part of an effort to keep the community informed about the development of the UGA Health Sciences Campus, a significant addition to the University of Georgia. The Health Sciences Campus has been established on the site of the former Navy Supply Corps School (NSCS) on Prince Avenue in Athens. The property was deeded to the University by the U.S. Department of Education in April 2011.

In March, faculty and staff of the College of Public Health’s Center for Global Health moved into a section of Wright Hall that was previously used as a conference center by the NSCS. This academic unit joins two others, which moved into renovated space in Miller Hall in January: the Department of Epidemiology and Biostatistics, and the Institute for Evidence-Based Health Professions Education.

Significant progress has been made in the renovation of three other academic facilities: Winnie Davis Hall, to house the administrative offices of the Georgia Health Sciences University/University of Georgia Medical Partnership; Russell Hall, to serve as the primary classroom facility for the Health Sciences Campus; and George Hall, to serve as an auditorium lecture hall. The first floor of Russell Hall will be dedicated to clinical teaching space for the Medical Partnership, while the second floor will consist of general-purpose classrooms. These facilities will be completed in July 2012, in time for classes to be offered in August.

The academic facilities will be complemented by the opening of Pound Hall/Wheeler Hall as an exercise facility/recreational gym for faculty, staff and students. Also, University Housing has opened all of the townhouses and homes on Kenny Road and Gilmore Circle and is in the process of renovating the remaining ones on McGowan Road for lease in Fall 2012. In addition, enrollment at the University Childcare Center, which opened in January, now stands at close to 90 children. The center can accommodate up to 146 children, ages infant through four years of age. The University Childcare Center is located in the former Navy Exchange building and is operated by a third-party provider, Prodigies Child Care Management.

By Fall 2012, it is estimated that 400-500 students-the vast majority of them from the College of Public Health-will be taking classes at the Health Sciences Campus. The university will host an Open House to showcase all of the renovated facilities on Aug. 22. Details are still being developed and will be announced at a later date.

Planning for the second phase of renovation is now well underway. Facilities in that phase, as approved by the University System Board of Regents, include Rhodes Hall, to accommodate the administrative headquarters (dean’s office) of the College of Public Health; and Scott Hall, the former officer’s club facility, to serve as a student center/dining hall for the campus. Renovation will commence on July 1, 2012, and the facilities will be ready for occupancy in Fall 2013.