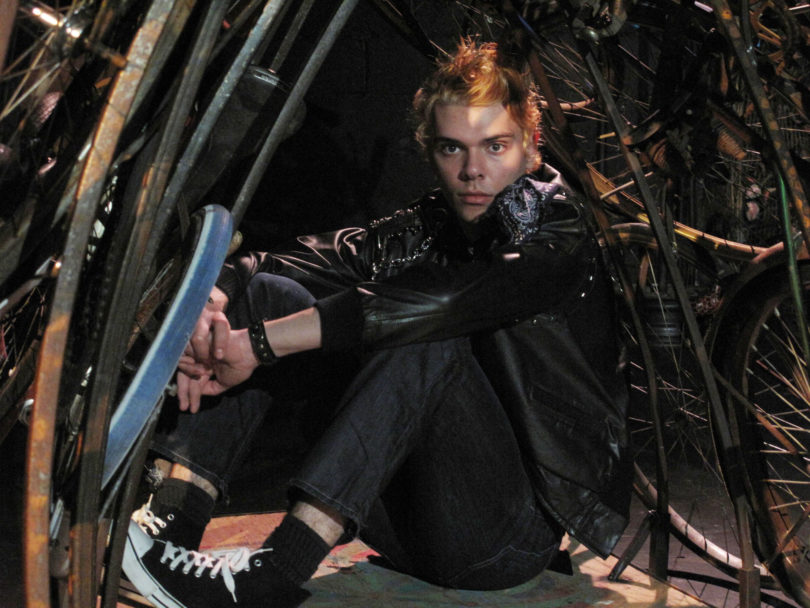 University Theatre, in collaboration with Atlanta’s 7 Stages Theatre, will present the world premiere of Hidden Man by Pamela Turner based on research by Russell Blackmon. Hidden Man will be performed Feb. 23-25 and Feb. 29-March 3 at 8 p.m. and on March 4 at 2:30 p.m. in the Cellar Theatre of the Fine Arts Building.

Following the UGA performances, the Hidden Man production will move to 7 Stages in Atlanta’s Little Five Points for a three-week run.

The cast as well as the scenic, costume, lighting and sound designers are students or faculty at UGA—including associate professor George Contini in the role of Howard Finster and junior theatre and English major Malcolm Campbell-Taylor in the role of Robert Sherer. They will join the 7 Stages production in Atlanta.

Hidden Man tells the true story of an unlikely friendship between Sherer, a young, gay, nihilistic punk artist from Atlanta and Finster, a visionary, conservative, Baptist preacher turned folk artist. The story moves between Sherer’s artistic life in Atlanta and Finster’s four-acre folk art “Paradise Garden” in the North Georgia mountains in the early 1980s. It explores the uneasy harmony between artists whose worldviews and temperaments are at opposite poles. This is exemplified not just by their visual art but also by the contrast between shape-note folk music and ’80s punk rock—two musical styles that clash and intertwine throughout the play.

Turner is working closely with Hamilton and the UGA production team on the production.

In conjunction with the production, the Georgia Museum of Art will present a lecture entitled “Will the Real Howard Finster Come on Down?” Feb. 23 at 5:30 p.m. in the M Smith Griffith Auditorium. Open free to the public, the lecture will be given by Carol Crown, a professor of art history at the University of Memphis. Crown will discuss the values and religious beliefs embraced in Finster’s approximately 46,000 creative and complex works.