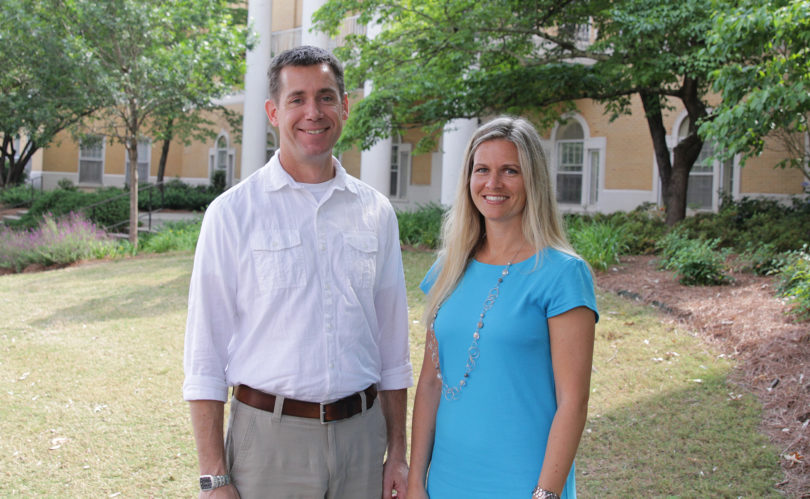 Athens, Ga. – A diet that includes higher amounts of polyunsaturated fats, found in foods like walnuts and salmon, can help offset the detrimental effects of the occasional meal high in saturated fats, University of Georgia researchers have shown in a small clinical study.

The study, published in the European Journal of Nutrition in May, highlights the protective effects of a diet higher in polyunsaturated fats.

“If you try to eat fairly healthy most of the time and eat a diet that’s higher in these polyunsaturated fats on a regular basis, when you do occasionally splurge or have meals high in saturated fats, it’s not quite as detrimental,” said Jamie Cooper, the study’s senior author and an associate professor in the department of foods and nutrition in the UGA College of Family and Consumer Sciences.

Both seven-day diets contained identical percentages of carbohydrates, protein and fat and only differed in the types of fat consumed. The high polyunsaturated fat diet derived twice as much energy—or 21 percent—from polyunsaturated fats than the control diet—at 10 percent.

By the end of the seven-day diet, the high polyunsaturated fat diet participants showed significant decreases in total cholesterol and other markers of “bad” cholesterol such as LDL and triglycerides. These participants also were shown to demonstrate greater fat oxidation compared to the control group.

“By consuming a diet higher in polyunsaturated fat on a regular basis, you’re basically walking around with this inherent protection from the cardiometabolic effects of poor, high saturated fat meals,” said study co-author Chad Paton, an assistant professor in both the college’s foods and nutrition department and the College of Agricultural and Environmental Sciences.

“If on your ‘splurge’ day or meal you consume 1,000 excess calories, you are going to put on some fat mass from that,” Cooper said. “Even though higher daily polyunsaturated fat consumption can help you burn more fat when eating high saturated fat meals, it can’t overcome the fat mass gain that will occur with a large caloric surplus from overeating.