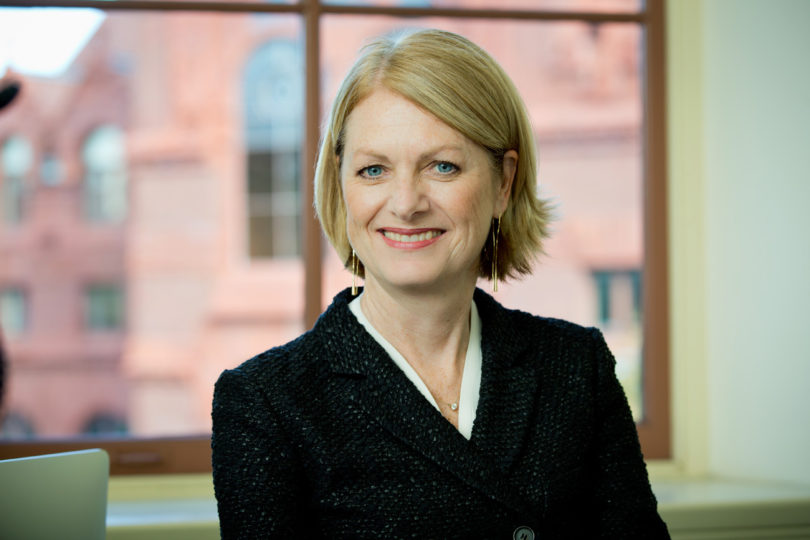 Columbia University historian Stephanie McCurry will visit the University of Georgia to give the history department’s Ferdinand Phinizy Lecture, an event in the Global Georgia Initiative of the Willson Center for Humanities and Arts.

McCurry’s talk, which takes place Feb. 22 at 5:30 p.m. in the Seney-Stovall Chapel, is also part of the university’s Signature Lectures series.

McCurry is the R. Gordon Hoxie Professor of American History in Honor of Dwight D. Eisenhower at Columbia. Her areas of research include the U.S. in the 19th century, the American South, the American Civil War, and the history of women and gender. She is the author of Masters of Small Worlds: Yeoman Households, Gender Relations and the Political Culture of the Antebellum South Carolina Low Country (1995) and Confederate Reckoning: Power and Politics in the Civil War South, (2010), a finalist for the Pulitzer Prize for history.

“McCurry’s first book, Masters of Small Worlds, was a stunning recreation of the lives of poor and middling white Southerners in the decades before secession,” said Scott Nelson, professor of history and Athletic Association Professor in the Humanities. “McCurry suggests how slaveholders’ cries of liberty and autonomy occasionally appealed to white South Carolinians who were just scraping by. Her pathbreaking second book, Confederate Reckoning, a study of the whole South in the year before secession, shows that the rush to war was as much a planters’ coup as a popular uprising.”

“Stephanie McCurry is a brilliant author and a fabulous speaker,” said Cindy Hahamovich, the B. Phinizy Spalding Distinguished Professor of Southern History at UGA. “She finds big meaning in the daily affairs of ordinary people, revealing how the huge changes wrought by the Civil War affected family, faith, work and more.”

Professor B. Phinizy Spalding, a descendant of the lecture’s namesake and professor of history at UGA, organized the Ferdinand Phinizy Lectureship for over 25 years, bringing nationally recognized speakers in the sciences, arts, and politics to the university. The lectureship was established and endowed by Dr. Ferdinand Phinizy Calhoun Sr. of Atlanta, a member of the UGA Class of 1900, as a memorial to his grandfather, Ferdinand Phinizy II of Athens.