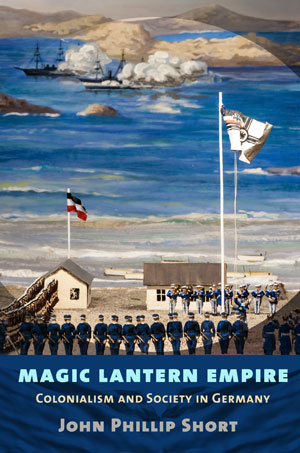 Magic Lantern Empire examines German colonialism as a mass cultural and political phenomenon unfolding at the center of a nascent, conflicted German modernity. Written by John Phillip Short, an assistant professor of history in the Franklin College of Arts and Sciences, the book draws together strands of propaganda and visual culture to show how colonialism developed. A nuanced account of how ordinary Germans understood and articulated the idea of empire, this book draws on a range of sources: police files, spy reports, pulp novels, popular science writing, daily newspapers and both official and private archives.

Short begins with the organized colonial movement. He then turns to the grassroots colonialism that thrived among the lower classes. Finally, he examines the posture of socialists, who mounted a trenchant critique of colonialism. It was from these conflicts, Short argues, there first emerged a modern German sense of the global.