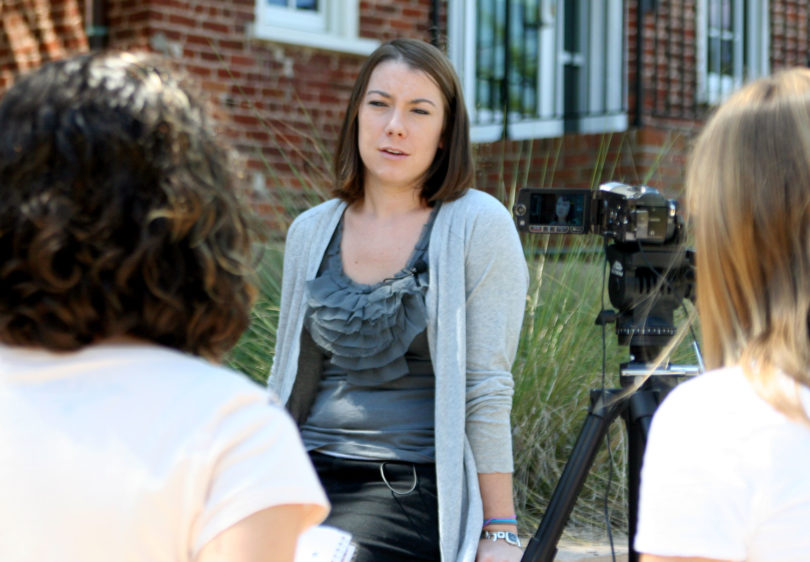 Through a series of documentaries and print stories called The Med School Project, graduate students in the Grady College of Journalism and Mass Communication are ensuring the historical medical partnership between UGA and the Georgia Health Sciences University does not go unnoticed.
The first class of medical students to be trained in Athens is now in its second year.

“The Med School Project is a wonderful and creative way to help document the long-term impact that the medical partnership will have not only in Athens but all around Georgia as well,” said Barbara Schuster, Athens dean of the GHSU/UGA Medical Partnership.

When Patricia Thomas, Grady College Knight Chair in Health and Medical Journalism and executive director of The Med School Project, learned in late 2008 that the GHSU/UGA partnership would soon be reality, she knew it would “be a wonderful opportunity for students studying health, medicine, health care and public health to document this significant milestone for our school and community.”

Starting in August 2010, a team of Thomas’ health and medical journalism graduate students filmed in-depth interviews and unscripted events on three beats: medical students, faculty and administrators and the Athens community. When members of one HMJ crew graduates, a new team of students begins work and continues telling the stories surrounding the medical partnership.

Kathleen Raven of Arnoldsville, a second-year HMJ student who worked on the project during the 2010-2011 school year, said that being one of the first students to participate in The Med School Project was “exciting because we were there in the original moments. Nobody had done this before us; so it was fun to document the uncertainties and possibilities that this medical partnership brings. ”

The addition of a medical partnership in Athens was a response by the Georgia legislature to help alleviate physician shortages in the state and to allow for more physician training. It is the challenge of HMJ students to discover if the training medical students receive in Athens will actually make a difference in the state.

“Typically when you add teaching hospitals or the training of physicians to a community, care expands a bit and more doctors become available to people who may have had a hard time seeing doctors before,” Thomas said. “We’re really interested to learn if that will be the case here in Athens.”

A second team of HMJ students began work on their documentaries in August. Their first round of stories has been uploaded to the project website at www.medschoolproject.com. The website contains videos, articles and other features that show a bit of history in the making.

In the beginning, Thomas planned to showcase the students’ work through a magazine, not a website. This changed when she and her colleagues found that most people get news related to health and medicine from television first and online sources second.

“Gradually, my vision shifted,” she said. “And, instead of just doing print stories, I realized we should be doing real documentaries that use the voices of the people involved with the medical partnership launch and those whose lives will be affected by it.”

For the HMJ students, the documentaries are a way to learn to produce, shoot, edit and tell stories with video. They are given their beats and then create multimedia packages with video, slide shows and print stories.

“News is moving online, and the real stories coupled with the audio slide component are becoming a major story form,” Thomas said.

“Incorporating video with the print pieces forces students to put faces on all of their stories and make them compelling and vivid so that viewers will stay with them.”

One of the key things the HMJ students are hoping to capture is how the medical partnership will change university dynamics and, specifically, how it will promote interdisciplinary research or “cross fertilization,” Thomas said.

Second-year HMJ student Chelsea Toledo of Atlanta has seen this firsthand as she covers her beat this semester.

“The theatre department now has a class where theatre students are training to be simulated patients to help the medical students learn how to relate in doctor-patient encounters,” she said. “This interdisciplinary work is kind of a big deal at UGA because, in my opinion, it’s a way to cut costs if you can collaborate.”

This interplay between the schools is just one facet of what the documentaries are hoping to capture. The ultimate goal is to document history in the making by capturing these stories.

“In the future, these documentaries will tell the story of the medical partnership,” Schuster said. “In 25 years, people will look back and wonder who were those first students who took the plunge to make this happen and who were the faculty who helped start this initiative.”