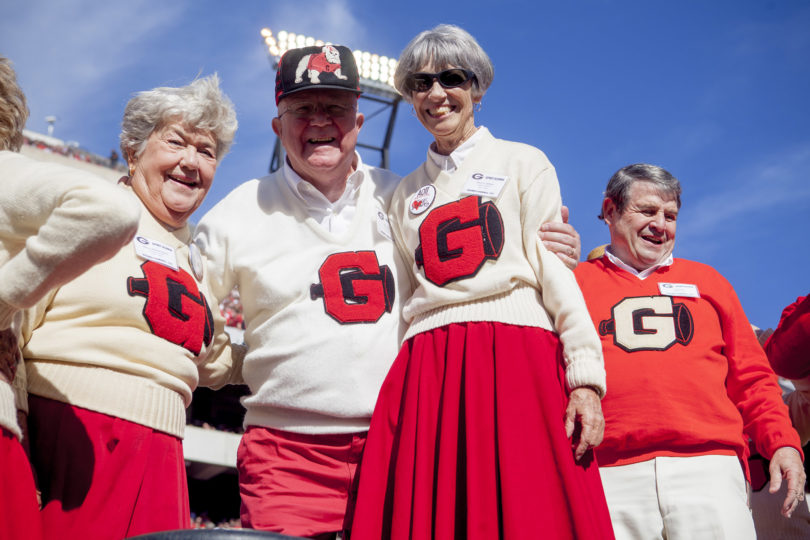 “From the Classic City to the Big City” is the theme of this year’s Homecoming Week festivities, which begin Oct. 12. Activities for students are scheduled throughout the week, and the weekend features events for alumni and the Oct. 17 football game against the University of Missouri, including the crowning of the Homecoming king and queen.

The official Homecoming kickoff will be the annual Bulldog Bash Oct. 12 in the Tate Student Center Atrium from 10 a.m. to 2 p.m. with games, free food and giveaways for students. That night, students will flock to Legion Field for a Glow Rage Paint Party from 8-11 p.m.

Voting for Homecoming king and queen will open for students at 8 a.m. on Oct. 12 and end at noon Oct. 16. Voting will take place on the UGA Involvement Network, https://uga.collegiatelink.net/.

A lip sync competition is scheduled for Oct. 13 at 7 p.m. in the Tate Grand Hall. Kathryn Kostovetsky, a second-year pre-journalism major from Macon and promotions chair for Homecoming, will emcee the competition.

Oct. 14 is the annual Day of Service. Students will gather in the Tate Reception Hall and travel to multiple sites around Athens to participate in community service activities. That night, games, prizes, free food and giveaways will highlight Manhattan Mayhem, a New York-themed party, in the Tate Grand Hall from 8 p.m. to midnight.

Country music superstar Brad Paisley brings his “Country Nation College Tour” to campus Oct. 15 at 7:30 p.m. on the intramural fields. The concert is open exclusively to fees-paid students on the Athens campus.

Women’s basketball head coach Joni Crenshaw will be the grand marshal for the Homecoming parade, which will kick off Oct. 16 at 6 p.m. and wind through downtown Athens. Led by the Redcoat Band, the parade will include floats, displays and appearances by the UGA cheerleaders, athletes as well as UGA and Athens dignitaries.

Steven Edwards, a fourth-year cognitive science major from Duluth and Homecoming entertainment chair, will co-emcee the parade with Kostovetsky.

Following the parade, the annual Homecoming carnival will be held on Legion Field from 7-11 p.m. with games, midway rides and free food. Admission is free for students with valid UGACards and $5 for everyone else.

“Homecoming is such an important tradition at UGA, and our students have shown dedication and creativity in planning the week’s events,” said Kristin Short, senior coordinator for student activities and organizations and staff adviser for the Homecoming Committee. “We truly have something to appeal to everyone, and the student planners hope members of the Bulldog Nation will come out in record numbers.”

Admission to Homecoming events is free for students with valid UGACards who pay activity fees on the Athens campus.

The Homecoming Committee and the University Union Student Programming Board are registered student organizations within UGA Student Affairs.

For more information about Homecoming events, call 706-542-6396 or see http://homecoming.uga.edu.