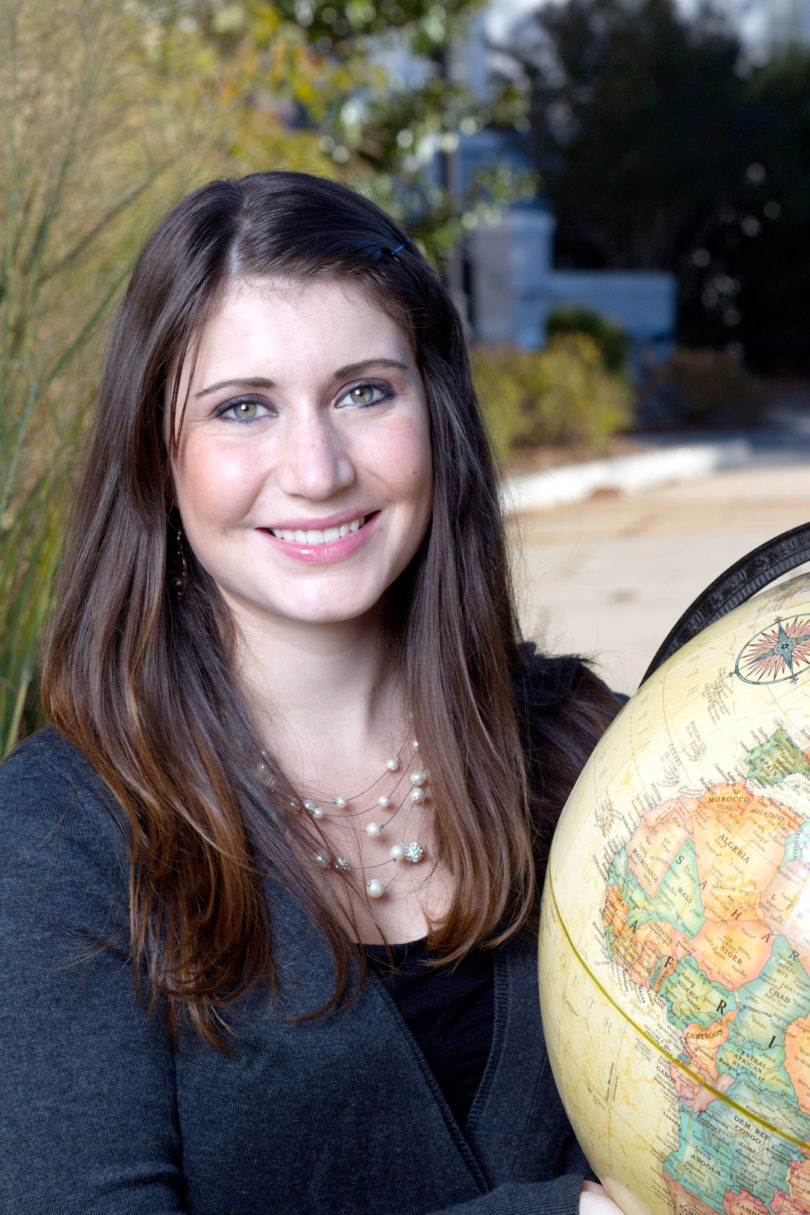 Honors student Juliet Elizabeth Allan of Atlanta has been awarded a 2013 Rhodes Scholarship to attend England’s Oxford University, where she plans to pursue a master’s degree in Modern Middle Eastern Studies. She is one of 32 Rhodes recipients in the U.S.

Allan, who is a UGA Foundation Fellow, plans to graduate from UGA in December with bachelor’s degrees in Arabic, economics and international affairs as well as a master’s degree in international policy.

Allan is UGA’s fourth Rhodes Scholar in the past six years. Before Allan, UGA’s most recent recipient was Tracy Yang in 2011.

“Elizabeth Allan is a very talented young woman, and we are excited that she is our 23rd Rhodes Scholar,” said UGA President Michael F. Adams. “She is emblematic of the quality of the UGA student body today. All of us are excited about this latest development in her life.”

Allan has traveled to six continents through various UGA study-abroad programs. She studied Arabic in Morocco through the State Department’s Critical Language Scholarship and, separately, as part of a UGA Maymester program. Ultimately, she would like to serve in the State Department’s Office of Policy Planning.

“I am beyond excited to have the opportunity to study at Oxford next year, and I look forward to deepening my understanding of the Middle East through my studies,” Allan said. “The entire process has been extremely humbling and fulfilling. I want to thank my family, friends, the University of Georgia, the Foundation Fellowship at UGA and my high school community of the Westminster Schools in Atlanta.”

Allan is a member of UGA’s chapter of the Roosevelt Institute, a national student-run think tank, where she has written papers about energy policy and education and also has taught policy analysis to undergraduates. Allan has participated in the university’s Center for Undergraduate Research Symposium and presented the results of her research on employment dynamics at two national conferences. She also has interned at the university’s Carl Vinson Institute of Government, through which she traveled to China during an annual training program the institute conducts in Beijing.

“Receiving a Rhodes Scholarship is a significant recognition for Elizabeth, but also for the faculty members who have mentored her as well as the friends and family who have encouraged and supported her,” said Provost Jere Morehead.

Allan has served as the co-director of the Thomas Lay After School -Tutoring Program, where more than 100 UGA students provide educational help to elementary and middle school students in Athens each semester. She also has researched issues involving early childhood education. She is a Presidential Scholar and member of the Phi Kappa Phi, Palladia and Blue Key honor societies.