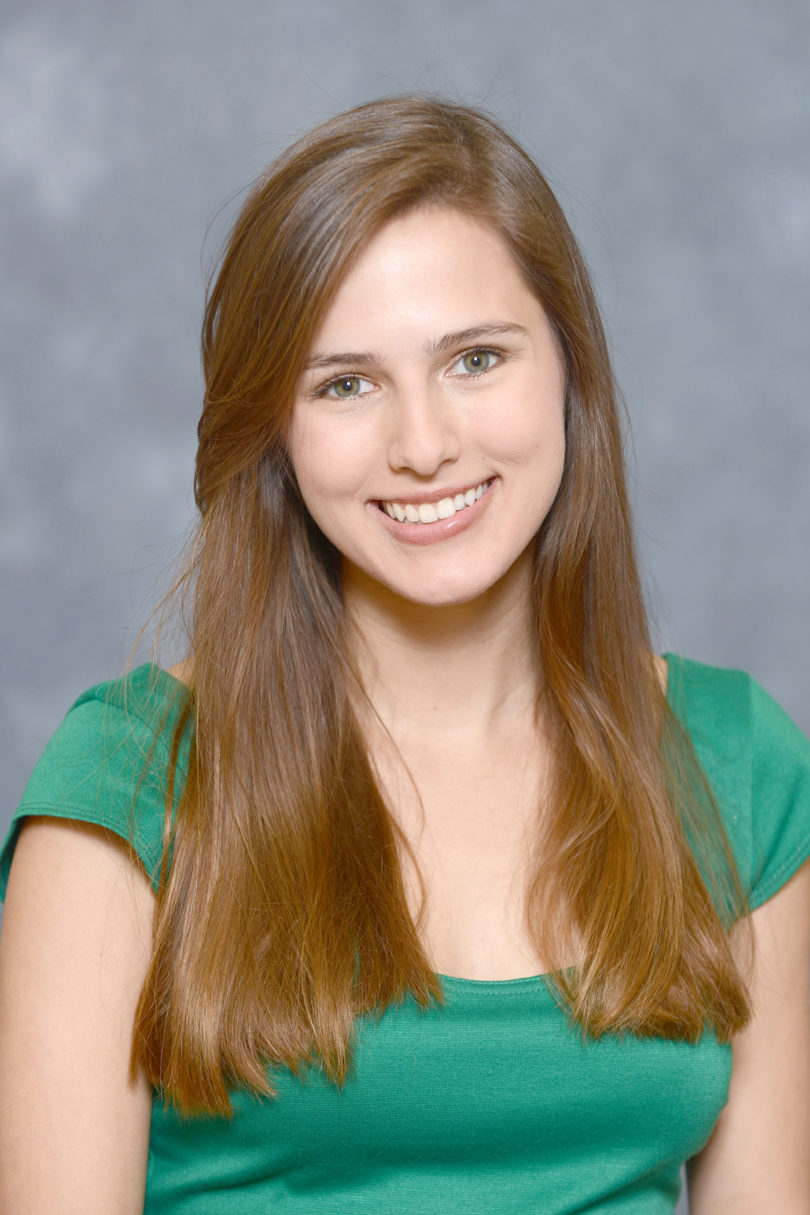 The scholarship, which awards up to $7,500 toward the cost of tuition, fees, books and room and board, recognizes exceptional sophomores and juniors across the nation. Since 1995, 51 UGA students have received the award.

“Our students’ continued success in the Goldwater competition speaks volumes about the quality of education that UGA provides in the STEM disciplines,” said UGA President Jere W. Morehead. “Cali and Morrison represent the broad range of scientific interests that students can pursue at UGA, and their achievement demonstrates the value of intensive research experiences at the undergraduate level.”

Both students are recipients of the Foundation Fellowship, UGA’s premier undergraduate scholarship program through the Honors Program. Both are pursuing degrees from UGA’s Franklin College of Arts and Sciences.

Callaway is majoring in biology with a concentration in neuroscience and pursuing a combined master’s degree in artificial intelligence. She aims to earn a doctorate and a medical degree and to pursue a career conducting research in regenerative bioscience.

Callaway has spent extensive time in a laboratory through UGA’s Center for Undergraduate Research Opportunities, working with Georgia Research Alliance Eminent Scholar Steven Stice, director of the UGA Regenerative Bioscience Center, as well as during an intensive summer research experience at the Massachusetts Institute of Technology. Callaway also interned at Hocoma AG, the world’s largest producer of robotic rehabilitation devices located in Zurich, Switzerland, and at the Shepherd Spinal Center’s Spinal Cord Injury Lab in Atlanta. Callaway serves as president of UGA Mathcounts, a student organization that mentors middle school students in math skills, and vice president of the Blue Key Honor Society, among other activities.

Nolan is pursuing degrees in geology and chemistry. He plans to pursue a doctorate in invertebrate paleontology on a path to a career teaching and researching as a professor or museum curator. He also has pursued research through CURO, studying alongside Sally Walker, a professor of geology and marine sciences.

In addition, he participated in paleontology field studies of Cretaceous deposits in Montana, through the University of Washington’s paleontological field methods course and interned at a fiber optic company.

Nolan co-founded UGA’s Science Olympiad Outreach club and is secretary of the UGA Geology Club, a student affiliate of the American Chemical Society and a member of the Geological Society of America and the Georgia Mineral Society.

In addition to UGA’s Goldwater Scholarship recipients, two students—Aneek James and Hannah Mason—were given honorable mentions. James is majoring in electrical and electronics engineering in the College of Engineering and Mason is majoring in biochemistry and molecular biology as well as in Spanish in the Franklin College.

“I am so thrilled for all of these students—Cali and Morrison as well as Hannah and Aneek,” said David S. Williams, associate provost and director of UGA’s Honors Program. “They are wonderful individuals in addition to being impressive researchers. I am particularly pleased that each of them has taken full advantage of undergraduate research through CURO.”

The Goldwater Foundation has awarded 252 scholarships for the 2016-2017 academic year from a field of 1,150 students.