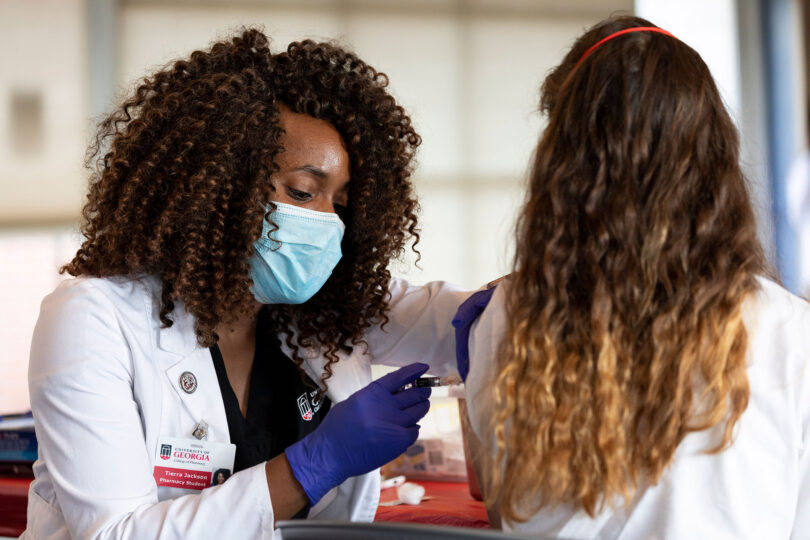 A pharmacy student administers a vaccine at the mobile flu shot clinic in the Walker Room at Rusk Hall. The clinic is sponsored by the University Health Center and the College of Pharmacy. (Photo by Andrew Davis Tucker/UGA)

Pneumonia and the flu kill tens of thousands of Americans each year, racking up billions of dollars in medical costs and even more in lost productivity.

But new research from the University of Georgia shows that state laws promoting flu vaccinations for hospital workers can substantially reduce the number of influenza-related deaths.

Spanning 23 years, the study looked at the mortality rate from influenza and pneumonia during peak flu season (from December through March of each year), comparing changes in mortality over time in the 13 states and Washington, D.C., that adopted laws to the changes in mortality in states without laws. All states that passed laws require the flu vaccines to be offered to hospital employees. Eleven took it a step further by mandating that workers be vaccinated or required documentation of refusal, with three requiring unvaccinated employees to wear surgical masks during flu season. 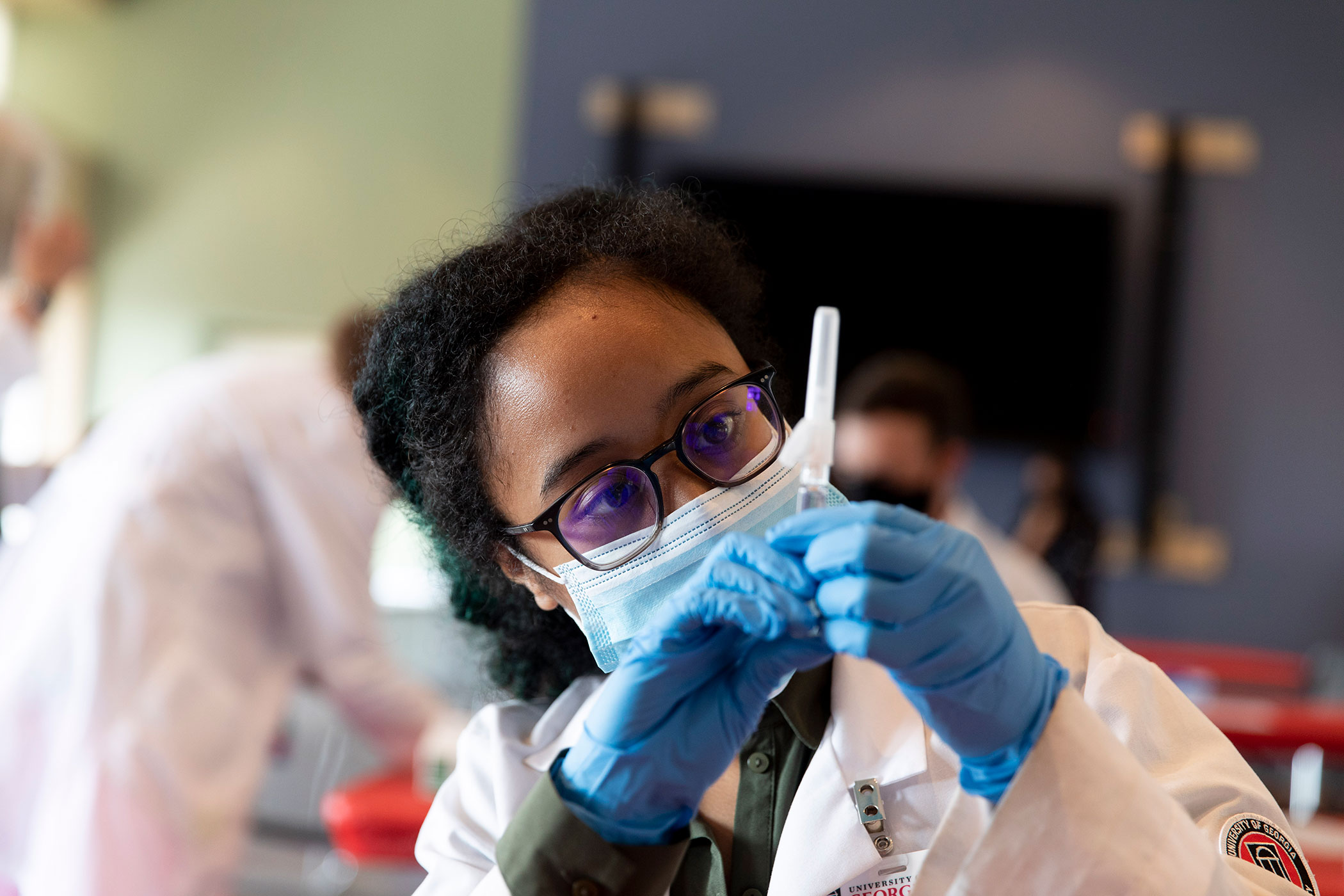 A pharmacy student prepares a vaccine at the mobile flu shot clinic in the Walker Room at Rusk Hall. (Photo by Andrew Davis Tucker/UGA)

The findings align with previous research suggesting that hospital workers may serve as vectors of disease transmission within their hospitals and even in their communities. States that mandated hospital workers receive flu shots saw the biggest reduction in mortality from flu and pneumonia. On average, the adoption of a law promoting vaccination reduced mortality by about two deaths per 100,000 persons, with the reductions primarily occurring among older adult populations.

“The elderly are extremely vulnerable to influenza and are also generally less responsive to the vaccine,” said Emily Lawler, corresponding author of the study and an assistant professor in UGA’s School of Public and International Affairs. “This study suggests that vaccinating hospital workers against influenza reduces influenza disease transmission and helps protect this vulnerable population.”

This study did not closely examine why some health care workers refuse vaccines. However, if the COVID-19 vaccines are proven to prevent disease transmission—so far they’ve only been proven to protect the vaccinated individual from disease—then vaccinating hospital workers could be integral to dramatically reducing transmission of COVID-19 and mortality in communities across the country.

“Stricter policies result in higher vaccination rates among health care workers,” Lawler said. “Our results are consistent with the idea that these stronger laws result in a larger reduction in influenza-related mortality.”

Mandatory vaccinations don’t come without some controversy, though. In some cases, health care workers refuse to get vaccinated. It’s an issue with the flu shot, which varies in efficacy each year due the limitation of vaccine developers only being able to include several strains of the virus in a given shot. But it’s also occurring with the new COVID-19 vaccines at a surprisingly high rate among health care professionals, nursing home workers and other frontline personnel.

This study was published in the Annals of Internal Medicine. Co-authors were Mariana Carrera, from Montana State University, and Corey White, from California Polytechnic State University.