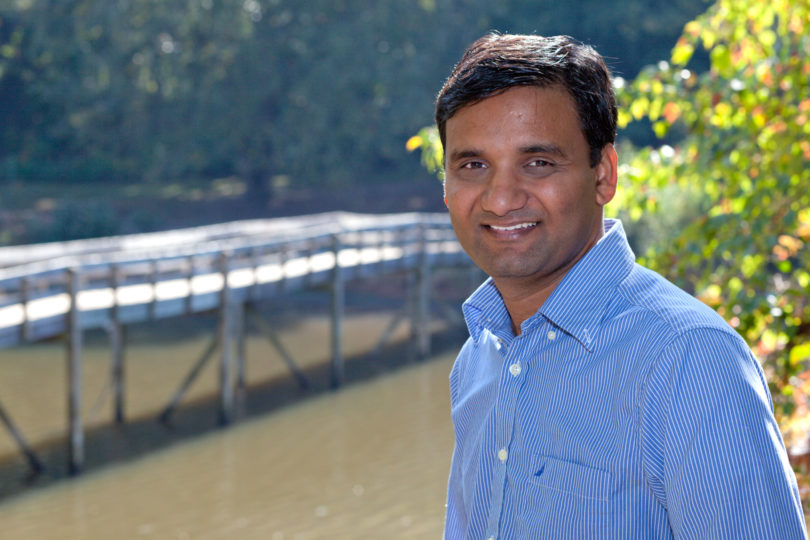 It’s getting hot outside, economic burdens continue and people are moving closer and closer to areas once protected from human development. What’s all this got to do with recreation and tourism?

A lot, according to Neelam Poudyal, an assistant professor in the Warnell School of Forestry and Natural Resources. Poudyal is interested in the mechanics of having fun outside-nature-based recreation is one of his research areas-and he has documented how detrimental climate change and the recession can be on what people do in the outdoors.

Poudyal joined the Warnell School after completing his postdoctoral work at UGA, but he has a doctorate in natural resources from the University of Tennessee, a master’s degree in geography from Western Illinois University and a bachelor’s degree from Tribhuvan University in Nepal.

As a postdoctoral researcher, Poudyal investigated the human dimension aspects of invasive species, urban forestry and the economics of forest and trail recreation. But in the last two years, he has expanded his research focus to study how humans, climate change and the recession interact and affect nature-based recreation. Obviously, Poudyal said, if temperatures continue to rise and weather conditions continue to wildly fluctuate then that will negatively impact people’s choice of their recreational pursuits.

Poudyal and another Warnell researcher, Nate Nibbelink, also are investigating the “human footprint” and how the locations people choose to live in are affecting the atmosphere, particularly around previously protected areas such as national parks.

For instance, Poudyal determined that bad air quality at the Great Smoky Mountain National Park is causing such poor visibility that it could be driving people away from visiting this normally popular destination. The Great Smoky Mountain National Park draws more than 9 million annual visitors, but as the surrounding population has increased, its air quality has suffered. The sources of the pollution, according to Poudyal, such as coal-fired plants and other human activities, “lie outside the park boundaries where park service and park managers have no control.”

What we are seeing, Poudyal said, is that many communities may see a disproportionate burden of climate change.

“We located some clusters of counties-including many around protected areas-that will see higher-than-average increases in temperature, population growth, loss of natural land, biodiversity, etc.,” Poudyal said. “We collectively call such clusters ‘hot spots’ of human footprints, which may need more attention and a higher priority in conserving resources, managing growth and ensuring sustainability.”

Climate change isn’t the only thing affecting what people do outside. Poudyal and other Warnell researchers recently published an article which found that impacts from the Great Recession also are contributing to a decline in park visitation, the first study to link the drop to a bad economy.

“Economic downturns come and go, but the impact on resource conservation and visitor management could last longer,” Poudyal said.