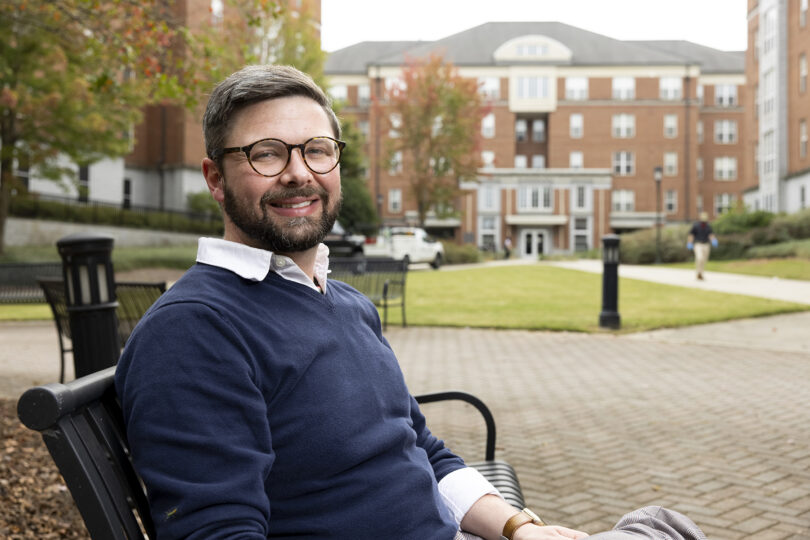 Blake York serves as the assistant director for East Campus Village and University Village and is currently filling an interim role with the Health Sciences Campus housing. (Photo by Andrew Davis Tucker/UGA)

According to Blake York, no day in University Housing is a typical day.

A row of action figures stand guard, lining the top of the bookshelf behind York’s desk. An avid gamer, he often finds himself at Dragon Star Hobbies, playing “Magic the Gathering” with students and community members. Much like the multiplayer card trading game, life in the University of Georgia residence halls is unpredictable, exciting and ever changing.

“I enjoy a fast-paced day and not knowing necessarily what I’m going to deal with,” said York, emphasizing the variability in his job. “You never know what you’re going to walk into, and that excites me every day.”

York serves as the assistant director for East Campus Village and University Village and is currently filling an interim role with the Health Sciences Campus housing. He starts his seventh year this month and is responsible for the programming and management of all East Campus living, including athletic residences and graduate housing.

“You have anything and everything, from first-year students to returning students, to master’s and Ph.D. students. At University Village, I have families over there as well. So, our residents aren’t just the students, they’re their partners, their kids, as well,” York said. “Overseeing the programming for that multidimensional experience, for me, is something that’s really rewarding and something I really enjoy.” 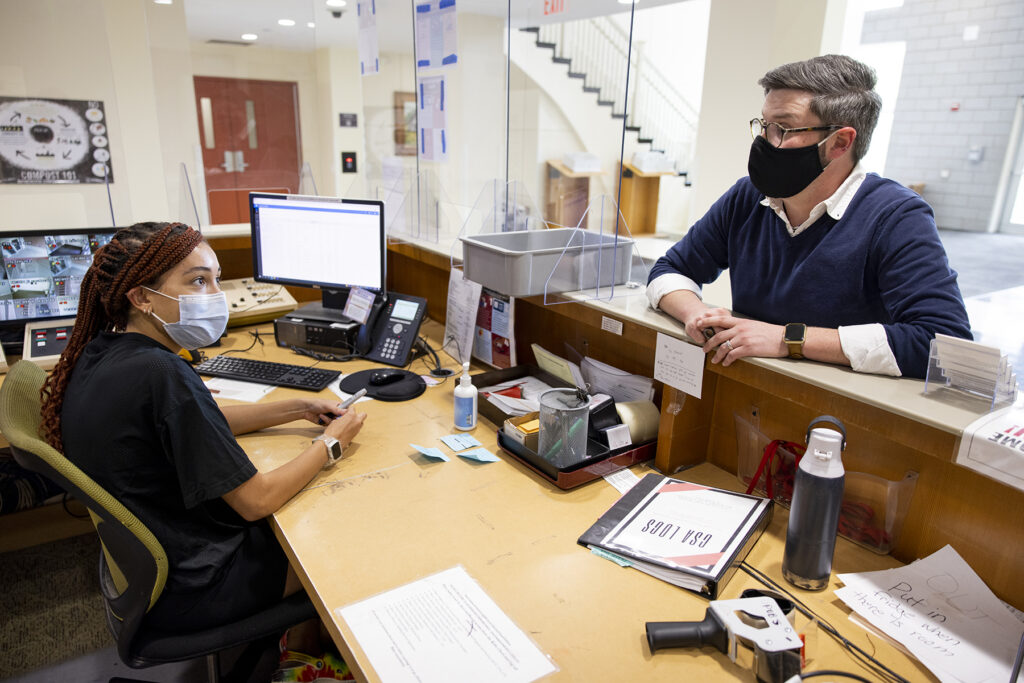 York has spent 15 years in residence halls, beginning in 2006 as a resident assistant at the College of Charleston and later as a graduate resident at Georgia State University.

“I remember the distinct moment that I kind of decided that I wanted to go into this profession instead of academia,” York explained. “I realized that I loved the work that I did, and that for me is what brought meaning and solidified my definition of success. … And I wanted something where I was changing people’s lives.”

York has continued to do just that—implementing new learning initiatives and curriculum plans. “We have well-being, essential skills, diversity and inclusion, and engagement. And we want to build those outcomes up through the programming that we are doing.”

Over the past year, there has been some transition in housing.

“We moved to a virtual model where we were still doing programming for students. We were still creating time to talk with students and create space for resources. I think it actually pushed us forward in advancing our technological skills,” said York.

He explained that they continue to use the new skills they learned during the pandemic to create materials and content that is accessible to all of their residents.

“It allowed for innovation and the ability to connect to people virtually, not just in-person, to enhance that residential experience,” he said.

When York isn’t engaged with students or with the UGA community, he can be found at home, curled up with his three dogs and two cats, either reading a book or gaming.

“I have played [“Magic the Gathering”] with students before … and it’s just another way I get to connect with them,” he said.