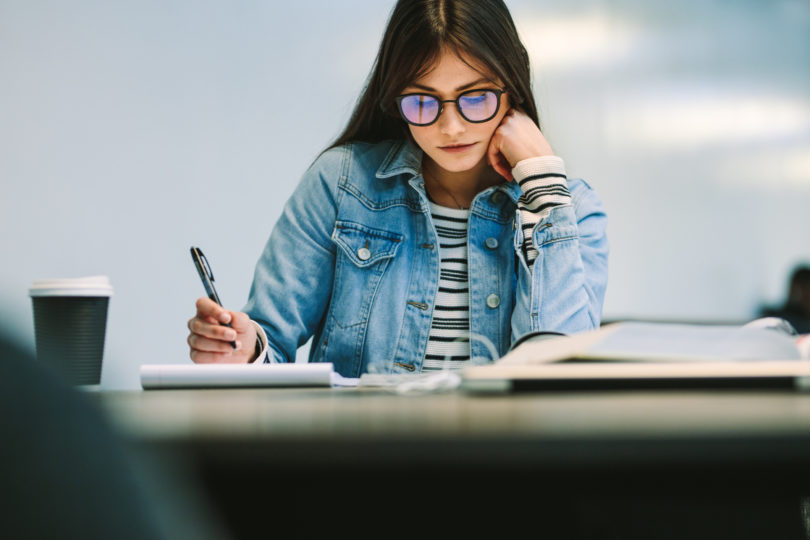 Undergraduates’ mindset is a big factor in academic performance

The way students view their own intelligence – their mindset – is a strong determining factor for academic performance. Interventions based on mindset have improved student outcomes at both the elementary and high school level.

But despite a long history of research on mindset and its growing popularity, mindset interventions are less effective for undergraduate students. In a new pilot study, University of Georgia researchers present evidence that differing definitions of intelligence, whether students view intelligence as their knowledge or their abilities, might be one reason why.

According to the new research, the term “intelligence” is included in surveys meant to measure student mindset, but never defined. This ambiguity leads to variations in responses about mindset, and interpretations about the mindset scale and the ability to design successful interventions for undergraduates are compromised.

“Interventions try to shift students’ thinking toward a growth mindset, to convince them that they can improve their abilities by trying different strategies, asking for help, working on ways to improve how well they solve problems,” said Lisa Limeri, postdoctoral research associate in biochemistry and molecular biology at UGA and lead author on the pilot study. “There are many factors that affect a student’s academic performance, and maybe students can improve by trying a different study strategy. But if students think new strategies won’t matter, then they won’t try them.”

The insight comes out of a larger study of 800 students at one university to understand how students’ mindsets change over time in the context of a challenging STEM course. “Broadly, we were most interested in how students respond to failure and what they do when they’re struggling,” Limeri said.

Mindset is a major component in that scenario. Whether students believe they can improve their abilities affects the likelihood of trying a different strategy.

“But when they’re struggling and have a fixed mindset – they think they can’t improve their abilities – then it doesn’t make sense to try something different. They don’t think it’s possible for them to achieve the intelligence they need to do well in the course.”

When students believe intelligence is fixed, that they can’t improve their chances for success, they are more likely to withdraw from a course or even change majors. While Limeri said there are many legitimate reasons student might do that, the researchers are looking for better ways to stop students from quitting for the wrong reasons.

“What we don’t want is students to drop out because they think they can’t do it, that they’re not smart enough, when that’s not what’s holding them back,” she said. And while researchers know that interventions have shown promising results, including increased graduation and retention rates, improved grades and decreased academic gaps, what makes interventions effective for undergraduates remains elusive.

Results of the pilot study suggest that current surveys now in use are not effective measurements of undergraduates’ mindset. Based in part on this new evidence, Limeri was awarded funding from the National Science Foundation to create and test a new survey for use with undergraduate students.

Limeri said that one compelling aspect of intelligence, supported by psychologists, is that the reality may matter less than people’s perception of reality.

“There are so many factors that affect someone’s academic performance, and their cognitive abilities, what they think, what they know, of course that is important. But it is not the only thing,” Limeri said. “How do students respond when they’re struggling; how do they decide how to manage their time and balance their responsibilities? The challenge of coming to college and experiencing a kind of quasi-freedom for the first time and managing your responsibilities while figuring out how to do well in your classes that look different from classes you’ve ever seen before can be overwhelming. The psychology behind success and what students think about what’s going on in their heads might be just as crucial as what’s actually going on in their heads.”