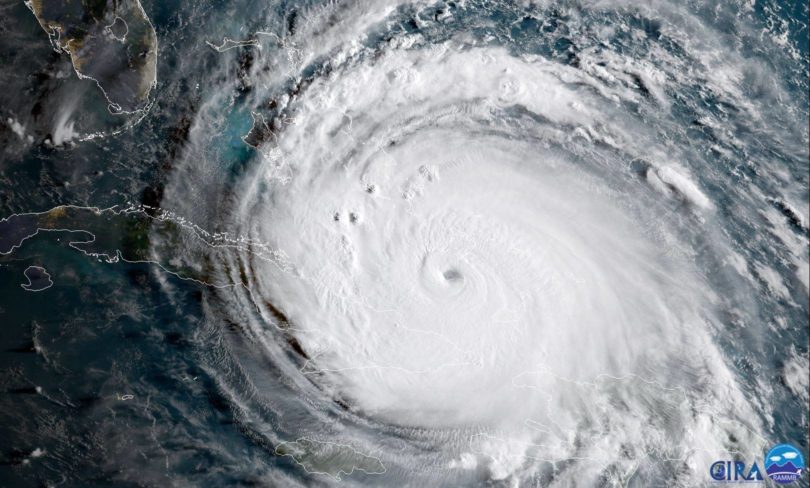 Hurricane Irma passes the east coast of Cuba before making landfall in the U.S. in September.

Why do some people living in the path of a major hurricane decide to evacuate while others stay put? That’s what researchers at the University of Georgia want to know so that they can improve how emergency evacuations are handled.

Prashant Doshi, a professor of computer science, and professor of psychology Adam Goodie are gathering information about residents in areas hit by hurricanes Irma and Harvey to learn more about how people make decisions in risky situations. This will ultimately help officials and emergency personnel better manage evacuations in the future.

“This research will improve our understanding of human decision-making under risk, but we also expect that the insights and models generated by this research will significantly assist hurricane relief and rescue efforts,” said Doshi. “It will help the local government target those that are likely to ignore official recommendations, and improve the precision of such efforts.”

While the decision to stay put despite warnings and evacuation orders may seem irrational, people that do so are often confident that they made the right choice.

“Numerous interviews clearly convey their conviction in having made the right choice,” said Doshi. “We want to identify these decision-making variables and use them to create computational models of individuals in impending disaster areas.”

We are very excited about this project and the potential positive impact of this research, especially at a time when natural disasters such as large hurricanes are having a disproportionate impact on our lives and livelihood. — Prashant Doshi

To conduct the study, researchers are collecting data related to individuals in impending disaster areas such as interviews with affected residents as reported by news media; social media posts and messages originating from disaster areas; government data on evacuees’ demographics; and a targeted survey.

“We expect this research to have significant broader impact on government and society,” Doshi said. “Using our computational models predictively will allow local government efforts in impending disaster areas to more precisely identify targets for rescue and relief efforts. This would facilitate better coordination of scarce resources and their utilization.”

Several potential psychological biases may explain why some people choose to stay at home. An illusion of control, wherein individuals believe they have more of an ability to shape events than they actually possess, as well as self-confirmation biases, in which individuals disregard claims or facts made by authorities, are just two potential factors that may help explain this behavior.

“We are very excited about this project and the potential positive impact of this research,” Doshi said, “especially at a time when natural disasters such as large hurricanes are having a disproportionate impact on our lives and livelihood.”

The research is funded by one of 59 research grants from the National Science Foundation, totaling $5.3 million, to study the effects of recent hurricanes on evacuated areas in Georgia, Florida and Texas.

Are you a resident that was affected by the Hurricanes Irma and Harvey? Researchers are interested in finding study participants residing in counties that received official evacuation orders prior to Hurricanes Harvey or Irma making impact. If selected, these participants will be administered a web-based Qualtrics survey administered by UGA’s Survey Research Center. If you fit the criteria and are interested, email pdoshi@cs.uga.edu.