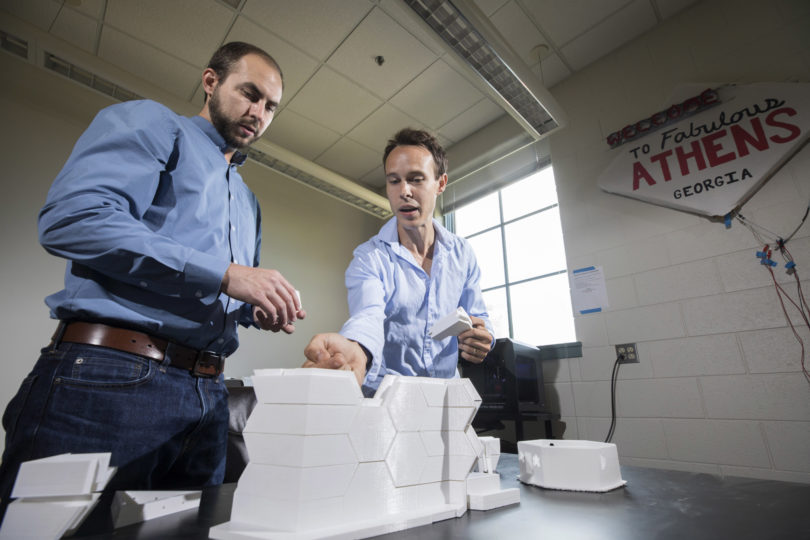 Josh McCauley had an idea he just couldn’t shake: an affordable, build-it-yourself housing option that used recycled plastic that otherwise would end up in landfills.

McCauley had worked in an architectural design and small manufacturing firm where he’d learned the basics of designing in 3D computer programs, but he didn’t have an engineering background. He was a history education major in college, and he wasn’t working in construction. And, despite living in Athens for over a decade, he didn’t have any ties to the University of Georgia. 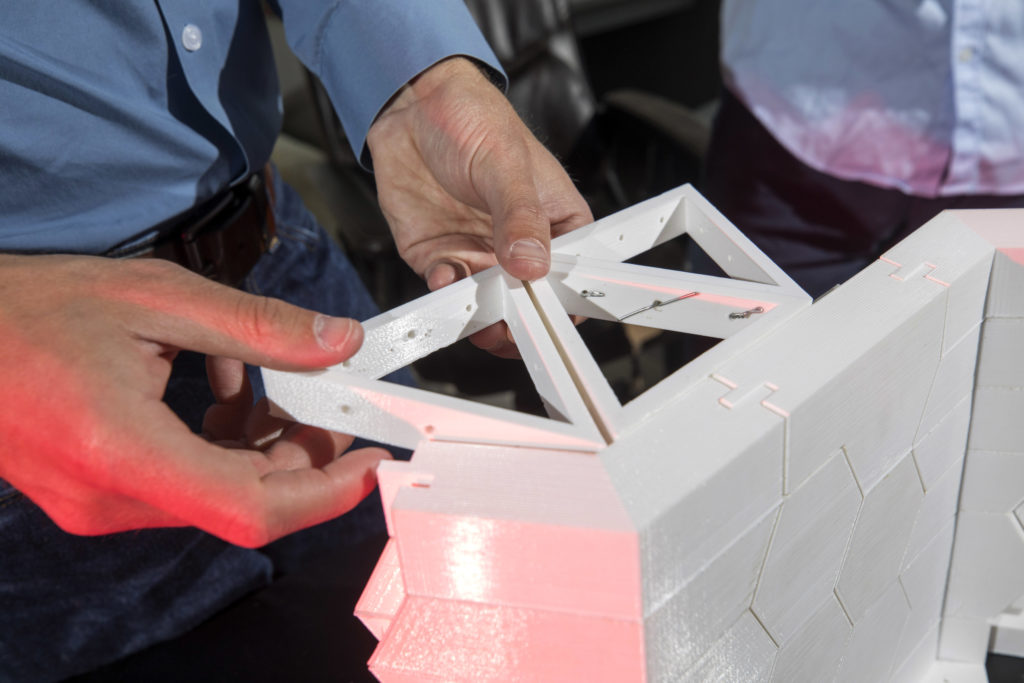 But a serendipitous conversation with family friend and UGA alumnus Peter Dale was all it took to help connect McCauley with the university resources that could help him turn his idea into a reality. Dale introduced McCauley to David Sutherland, a senior lecturer in innovation and entrepreneurship at the university, and at one of Sutherland’s classes, McCauley met Ty Frix, a UGA alumnus and current lecturer in the Terry College of Business.

At the time, Frix was working for Innovation Gateway, UGA’s research commercialization office that helps researchers and community members like McCauley develop their ideas into actual businesses. He connected McCauley to Tim Martin, the associate director of the UGA Startup Program, and Kevin Wu, a design engineer with the program.

In 2017, Innovation Gateway received a grant from the National Science Foundation to create a program on campus that assists startup businesses. Innovation Corps, or I-Corps for short, helps entrepreneurs determine whether there’s a market for their product and who their potential customers are.

“They say, ‘I’m interested in creating a startup company and this is what the product would be.’ Then we basically tell them not to talk about their product anymore; talk about who you would sell this to, and go talk to them,” said Martin.

During the four-week-long accelerator program, McCauley was expected to do at least 20 interviews with potential clients. After successful completion, each of the 30 teams receives $3,000 to continue the customer discovery process. Since 2017, 49 teams have graduated from the accelerator.

“That whole process was different to me because I don’t have a business background at all,” McCauley said. “Through the interviews, it really helped shape and narrow down the idea from  ‘it would be cool to do this’ to ‘what’s my next step?’”

He had printed 3D models before getting involved in the program, showing how the plastic blocks he envisioned would snap together to create the walls of a home. The houses are meant to be moderately sized. But he thought the genius of the idea is that customers can really build just about anything they want out of the interlocking blocks. The final structures look sort of like a honeycomb, which inspired the name of the company, COMB.

Martin and Wu helped McCauley write a provisional patent and showed him how finding investors could help further his goal. McCauley had been toying with the idea of making COMB a nonprofit.

“My goal was to see how I could give this tool away to people who need it,” he said. “But I realized through the program that it’s not always an either/or choice of doing something good or making money and that I can use any profits from COMB to give back.”

Now, with Martin and Wu’s guidance, McCauley is planning a meeting with the Department of Community Affairs in Atlanta to share the project with them and get the office’s input on zoning and building codes before he starts fundraising. He already has a manufacturer in Hartwell that can produce the blocks.

“If Josh’s idea takes off, he could develop a company that could hire people locally; it could be a sustainable business,” Martin said. “It could have an economic impact on the community. At Innovation Gateway, we want to be a good neighbor to the community. We want people in the community like Josh to know what we can offer and how we can help them build their company.”