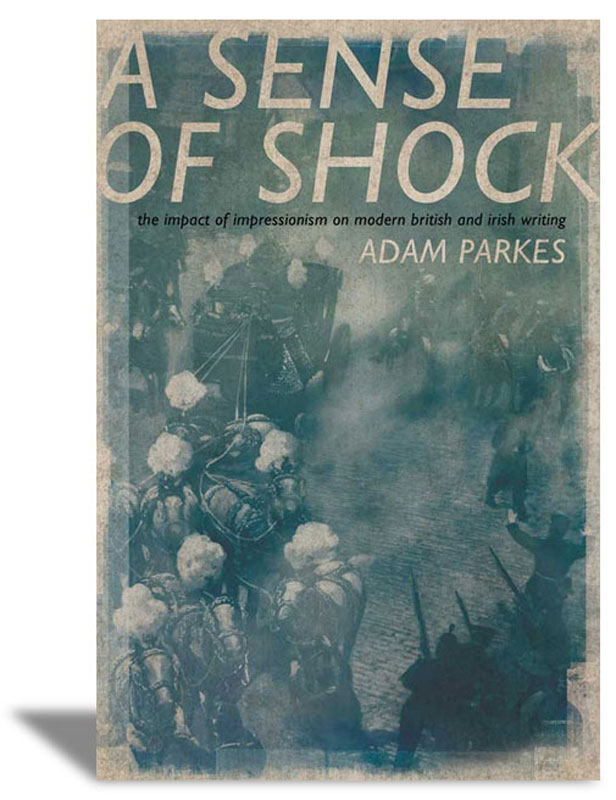 Adam Parkes, professor of English in the Franklin College of Arts and Sciences, has published In A Sense of Shock, a book about how impressionist writing—through a combination of aesthetics and history—forced significant change on the literary culture of its time.

What did modern British and Irish literature have to do with French impressionist painting? And what did Henry James have to do with the legal dispute between John Ruskin and J.M.W. Whistler? Or Joseph Conrad with terrorism, the newspapers, and photojournalism? What links Walter Pater with Conrad’s portrait of a genocidal maniac in Heart of Darkness? Parkes argues that these questions must be answered in order to appreciate the full impact of impressionist aesthetics on modern British and Irish writers. Complicating previous ­accounts of the influence of painting and philosophy on literary impressionism, the book shows why this writing needs to be read in its historical context.

As Parkes demonstrates, the formal and stylistic practices that distinguish impressionist writing were the result of dynamic and often provocative interactions between aesthetic and historical factors.

The book offers readings of canonical writers like Oscar Wilde, and Henry James, along with neglected writers like ­Elizabeth Bowen.