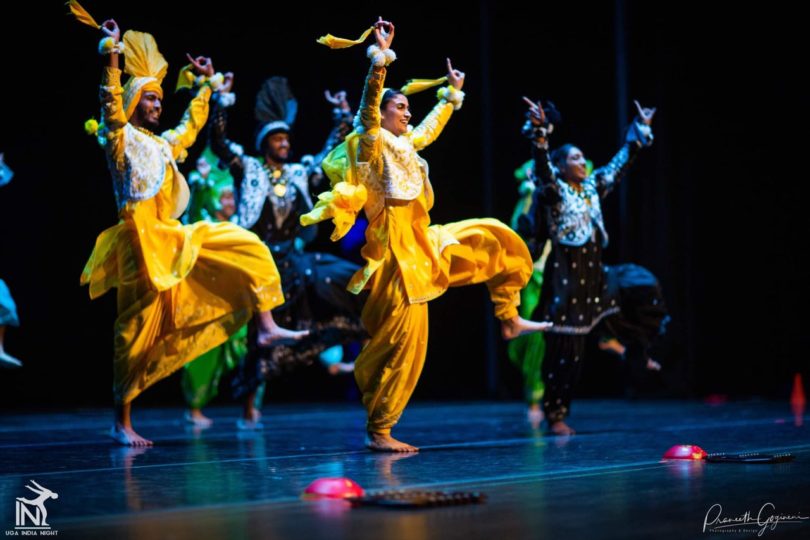 India Night features competing dance teams from across the country

The lights dim and the large, rowdy audience begins to settle down in anticipation. Hushed voices can be heard as props are moved and dancers take their places on stage. Then everything goes still.

For Kriti Lodh, there’s nothing like the rush that comes when the lights go on.

“When you’re dancing, it’s just a new world,” said Lodh, a senior public relations major at the University of Georgia. “I love an adrenaline rush, and it gives you a really good adrenaline rush.” 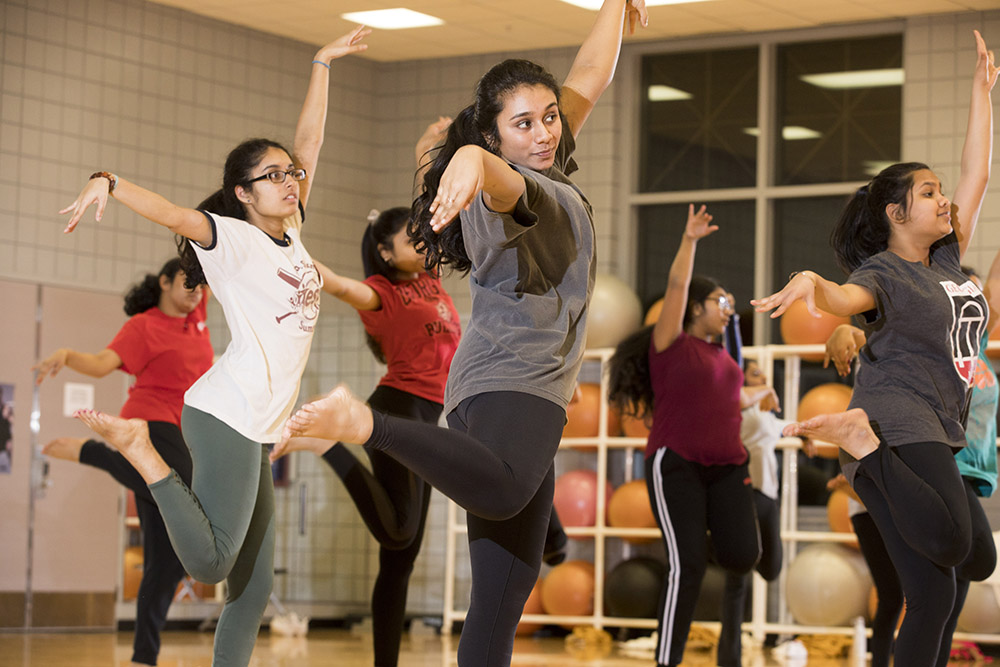 Lodh is one of the captains of UGA Asura, one of the university’s four Indian dance teams that incorporate dance elements from classical, to hip-hop, to Bollywood and more into their routines. She spends Sunday, Tuesday and Thursday nights with what she calls her second family, a group of about 20 college students ranging from freshmen to seniors.

Lodh’s brother had a bunch of friends on the team when he was a freshman at UGA. After hearing about their experiences, Lodh, who’d been dancing since she was 4, knew she wanted in the second she set foot on campus a couple of years later.

“It was the first thing I tried to get involved in,” Lodh said. “And it was insane because I didn’t know it was so intense. Eighty people came to try out, and they were taking, I think, only eight people—five boys, three girls.”

But Lodh made the cut, joining a team that would soon become her second family. The practice schedule is tough—Sunday, Tuesday and Thursday nights belong to the group. The closer the team gets to performance nights, the more practice ramps up. This past week, in particular, has been a doozy, with four-hour practice sessions to perfect the routine they’ll perform at UGA India Night on Feb. 1. 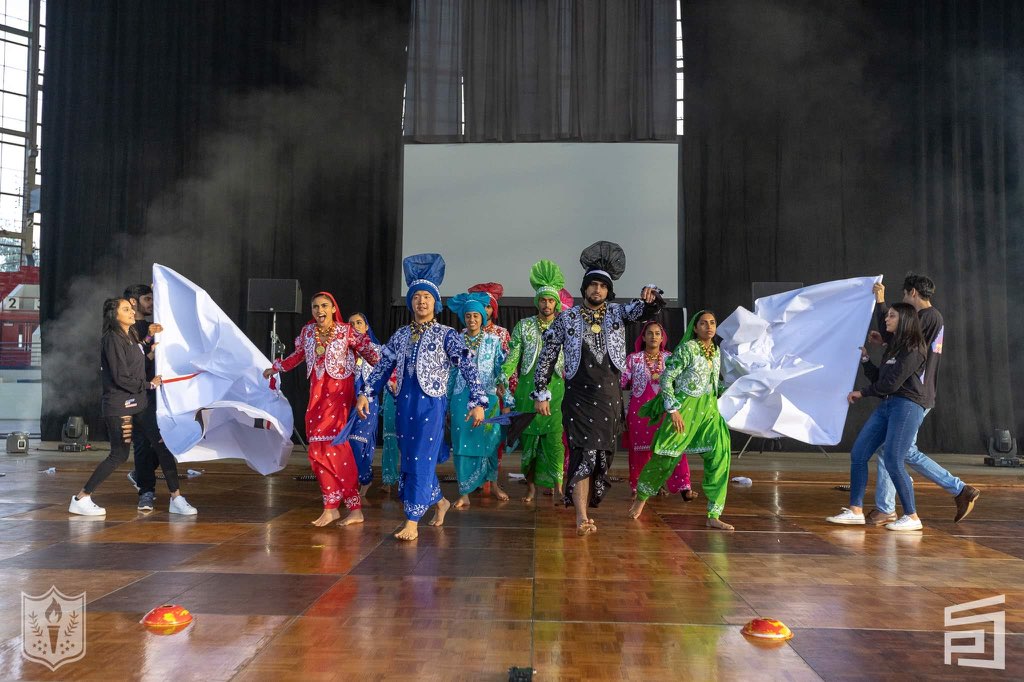 Each team develops a theme or storyline to base their roughly eight-minute routines on. During Lodh’s sophomore year, Asura based their routine off a plotline on “The Fresh Prince of Bel-Air,” the beloved ’90s sitcom. One of the key storylines for their routine that year was when Will tried to connect with his long-absent dad on the show only to have his father abandon him again. To echo the emotional intensity of the final scene of the “Fresh Prince” episode, the performers paired their routine to “Papaoutai,” a French song that describes a young boy’s longing for a deeper relationship with his father.

The process of pairing songs with scenes is long and involves a lot of research, but the payoff is incredibly rewarding.

“Depending on the song and the style we want to use, we can highlight different moods throughout the storyline through the music,” said Zara Inam, a captain of Shikaari and junior environmental health sciences major. “I have always enjoyed dancing, but putting on a production is the best part.” 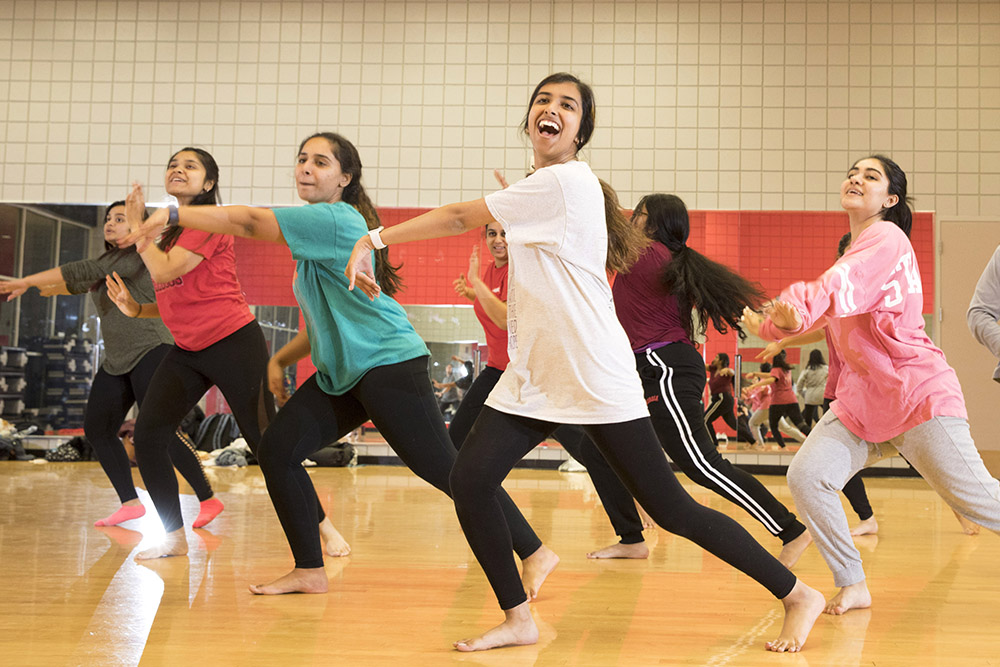 The hard work the teams put into their performances paid off, with several of them heading to national competitions. One Asura dancer, Joon Kim, even won Best Male Dancer at the national Legends Bollywood Dance Championship in 2018.

The Indian dance community at UGA is tightknit, and the recruiting process starts early.

“I was actually approached before I went to college by a UGA student who said, ‘Hey, we’re starting an all-guys team at UGA called Georgia Saazish. We’re looking for a couple of guys. If you’re interested, hit me up when you get to UGA.’ This was before I committed to UGA,” said Prashanth Sampathkumar, who is now a captain and choreographer on the team.

The team got into the nationals the year Sampathkumar joined, and he was hooked.

Although the UGA teams won’t be competing at this year’s 26th annual India Night—the national partner competitions, Bollywood America and Legends, don’t allow host schools to compete—they’ll be front and center as four of the night’s five exhibition acts at the Classic Center. (The fifth act is UGA Kalakaar, a South Asian a cappella group.)

“We’re projecting this year to be our biggest year, our biggest turnout,” said Shree Desai, director of India Night and fourth-year biochemistry and molecular biology major. “So we’re really excited.”