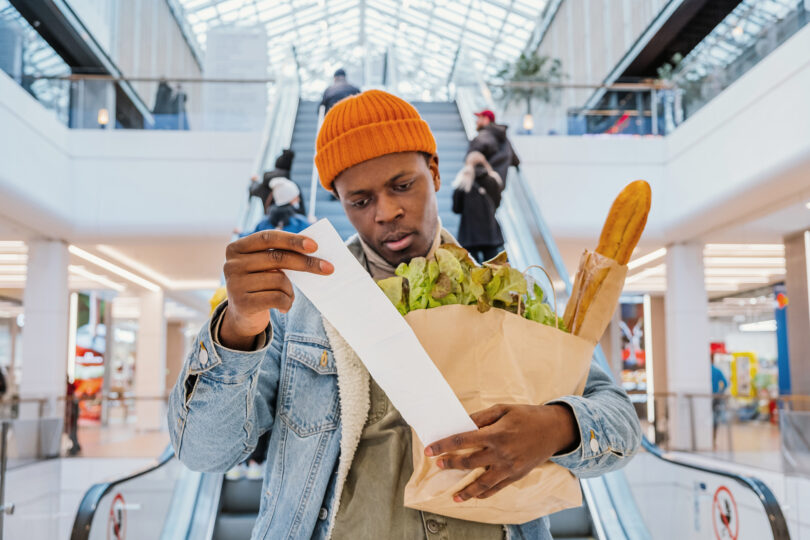 A dollar spent at the supermarket pays for more than what you see in your cart. And what you can get with that dollar has changed a lot since this time last year due to inflation.

Global issues driven by the lingering effects of the COVID-19 pandemic and the current crisis in Ukraine are driving costs higher for food and many other goods. 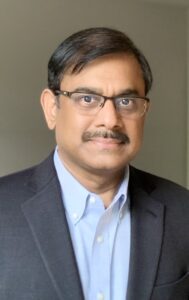 “Every food dollar you spend at the grocery store or restaurant pays for a bundle of goods and services — farm production, processing, transport, marketing and advertising, and more,” said Gopinath Munisamy, Distinguished Professor of Agricultural Marketing at the University of Georgia. “Costs at each stage influence the purchasing power of a dollar.”

According to data from the U.S. Department of Agriculture’s Economic Research Service, about 8 cents on every food dollar goes to farm production, but that figure is based on average supply and demand conditions, which have been disrupted over the past two years.

“If you spend a dollar on a bag of corn chips, only about 8 cents goes to the corn producers,” said Munisamy, who works in the College of Agricultural and Environmental Sciences. “That 8 cents is the product of price and quantity, which equals the value. For example, if four units of corn are in the bag and its price is 2 cents a unit, that is our 8 cents value.”

The price of corn is determined in global markets balancing supply and demand. When this balance is disrupted, prices change accordingly. If supply is greater than demand, prices drop.

Because current demand for agricultural products is outpacing supply due to production disruption in Ukraine and sanctions against Russia — both of which are major exporters of commodities including wheat, corn, barley and sunflower seeds — the price of foods produced using those products has jumped.

Since Russia is also a major exporter of petroleum products and chemical fertilizers, costs to produce corn and other agricultural commodities have increased worldwide, as have transportation costs due to broad economic sanctions and export controls imposed after the invasion of Ukraine.

With a lower supply of corn in global markets and the increased cost of production, we can expect sharp price increases. “If the price of corn jumps to say 2.5 cents per unit in the example above, the farm production value in the bag of corn chips now increases to 10 cents. So, instead of paying a dollar, you’ll be paying a dollar and 2 cents — that’s 2% inflation,” Munisamy explained. “Now the other parts come in. There is also the energy being used taking the product from the producer to the consumer through food processing, wholesale and retail/restaurants, and others. All of these channels have two major cost components — labor and energy.”

With gas prices nearly doubled and labor costs up by 5% to 6%, all of these costs are passed on to the consumer, plus the additional costs of trade, finance, insurance, advertising, food service and more.

“These costs start at the farm gate and ends at the consumer’s plate,” Munisamy said. “At the global level, we are seeing the effects in the food market all the way from missing items on the shelves, which is an inconvenience, to no food being available at all to poor people in some parts of the world. The food market affects everyone.”

As of April, the U.S. Bureau of Labor Statistics estimated the inflation rate at 8.3% over the same period in 2021. The bureau has a Consumer Price Index Inflation Calculator that consumers can use to compare the buying power of a dollar over time.

The expected economic recovery forecast early in the year by economists is likely to be impacted by both continuing labor and supply chain issues due to COVID, as well as the disruptions generated by the war in Ukraine.

“The outlook at the beginning of this year was rosy because we’d begun to emerge from the supply-demand imbalance we had two years ago due to COVID-19, but people did not have the same purchasing power they have now, so it is a different crisis,” Munisamy said. “While the labor market remains strong, wage increases are not equal to the increases we are seeing in food prices and in the consumer price index.”

One emerging positive is the willingness of other countries and their producers, such as in the U.S., Brazil and Australia, to increase production of those commodities not being supplied by Ukraine and Russia.

“We have a lot of land in the U.S.; Brazil has a lot of land and water. There is a bumper harvest happening in Australia for wheat. Other countries can pick up the slack if they are willing to invest,” Munisamy said. “It will take time to bring that land into production, approximately six to eight months, but there are also things we can do on the production side to help increase yields, such as through improved management practices, for crops already in production.”

While this will improve supply, prices are likely to remain higher while the conflict in Ukraine continues, due to increased production and transportation costs driven by petroleum prices.

“Eventually supply and demand will level and prices will return to the long-term average, but that depends on a lot of different factors,” Munisamy concluded.