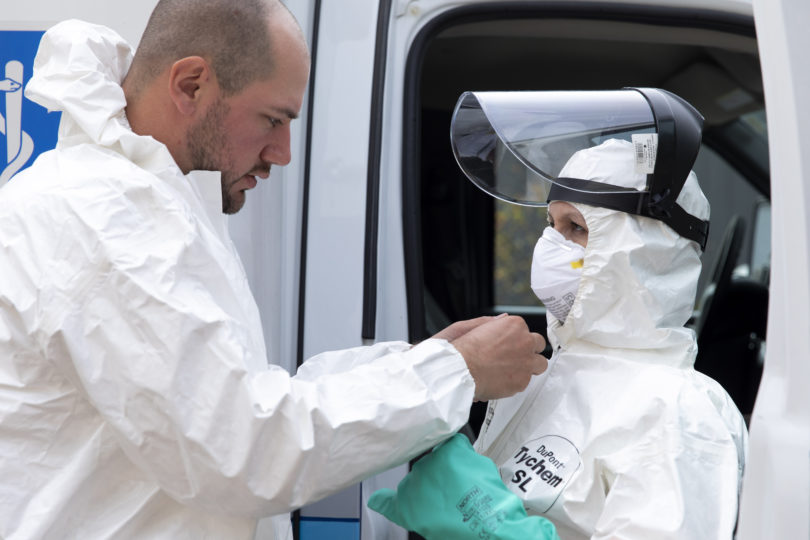 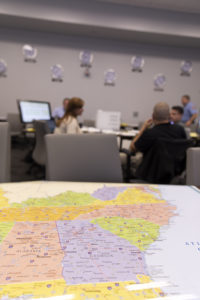 On the morning of Nov. 4, 2019, Anna Chocallo arrived at a local health care facility. She had a fever, and her stomach pain and nausea were getting much worse. When her care provider asked about Chocallo’s recent travel and learned about her trip to Uganda, an area of the world with a simulated Ebola epidemic, a plan was set into motion.

Chocallo would be transported to a designated treatment facility for patients with suspected or confirmed Ebola.

Fortunately, Chocallo does not actually have Ebola. She was one of many actors participating in the largest Ebola patient transportation exercise to date. The facility she visited was, in fact, the University of Georgia’s Institute for Disaster Management (IDM), which organized the weeklong event.

The exercise, dubbed Operation Wesley, took place from Nov. 4 to Nov. 8 and involved frontline, assessment, and treatment health care facilities, emergency medical services, state departments of public health and many others across seven states in the Southeast.

These groups had discussed their local and regional plans for identifying, isolating and informing the presence of an Ebola patient during a tabletop exercise in June. Now, they had the chance to put their plans into action in this full-scale exercise. 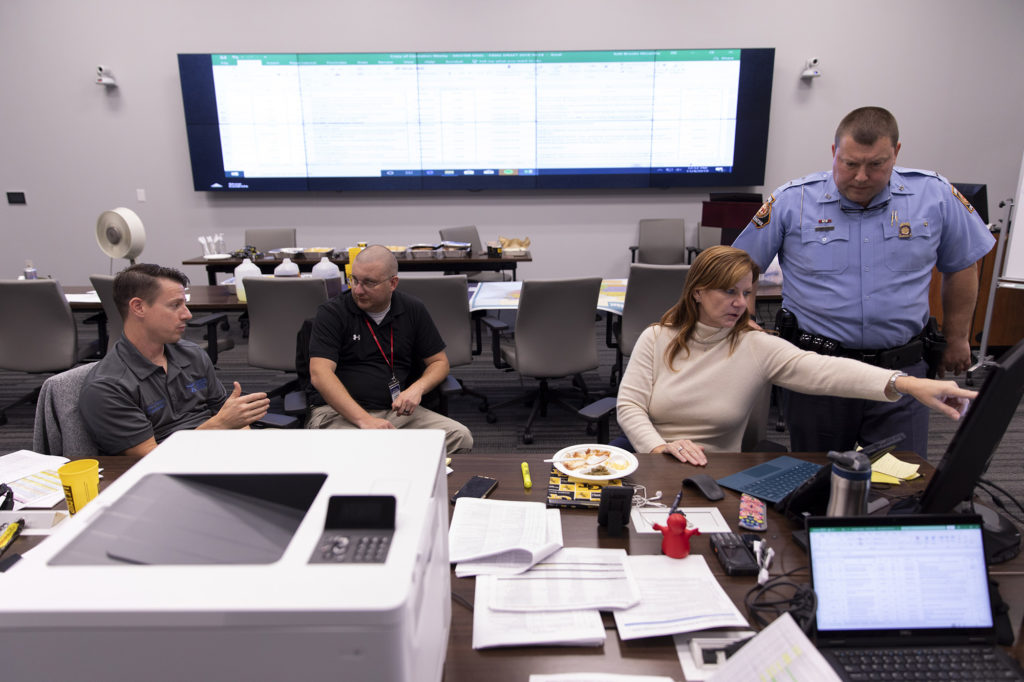 “This exercise is essential for many of our participants in the pre-hospital and health care arenas due to fact that very few of them have had an actual patient,” said Curtis Harris, director of IDM.

“As operational gaps from the exercise are identified, participants will update and strengthen their plans, policies and procedures, have a better understanding of community partnerships and more fully understand the entirety of the process and players involved.” 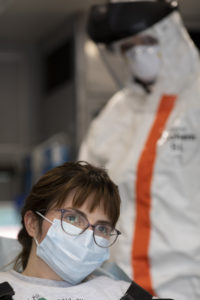 Though the exercise was focused on the transportation and containment of patients with Ebola, the methods practiced can be applied to other cases of infectious disease outbreak.

Recently, the Georgia Department of Public Health confirmed a case of measles in Cobb County, urging health care providers in the area to stay vigilant for new cases of the disease. Harris says infectious diseases like this can be as concerning, if not more so, than Ebola.

To add a greater sense of realism, a hypothetical national Ebola scenario was created and updates on the crisis were provided to the participating facilities in the days leading up to the weeklong exercise.

Chocallo and her fellow actors’ simulated symptoms provide an opportunity for health care personnel to experience the realism of responding to a live patient.

“Live actors greatly enhance the realism of the exercise,” said Kelli McCarthy, IDM emergency preparedness manager and Operation Wesley lead. “By having to diagnose and treat a live person, health care facilities and EMS agencies are able to identify any gaps in plans and resources. The reaction to a piece of paper just doesn’t have the same effect.”

Chocallo says she enjoyed the novelty of the experience: “It’s not every day that you can come to work, contract Ebola, take an ambulance to the hospital, interact with paramedics donned in personal protective equipment and leave from work all in the same day.” 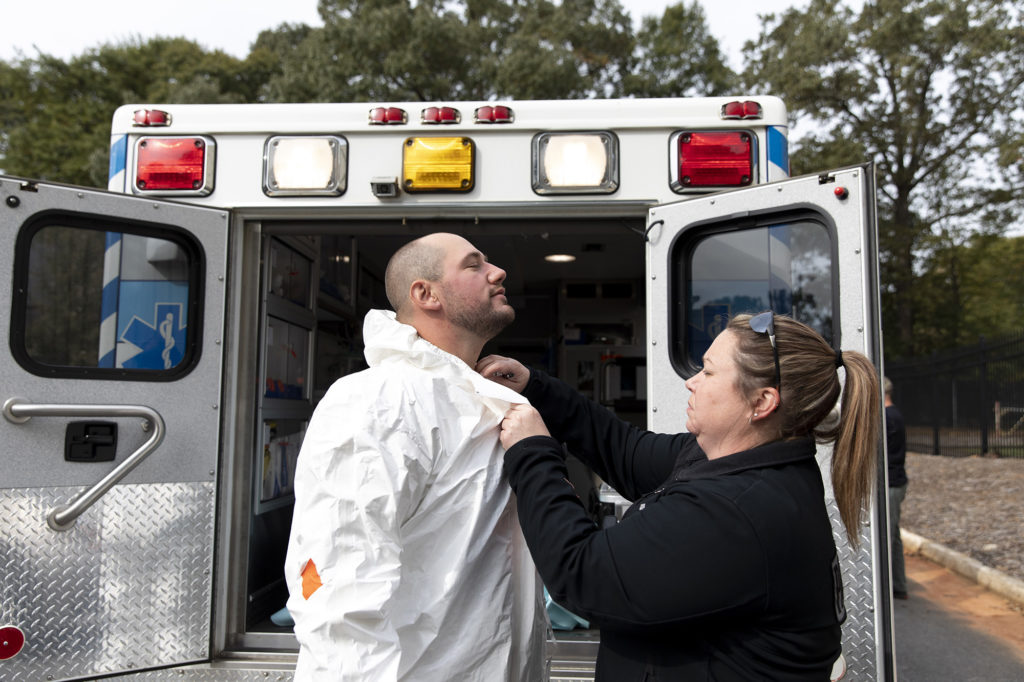 “If I were a real-world Ebola patient, the confidence instilled in me by the paramedics of the Infectious Disease Transport Network provided a sense of security amidst the hectic nature of the exercise,” she added.

Though media coverage of the Ebola crisis has dwindled since the 2014 outbreak in West Africa, it remains an ongoing crisis in places like the Democratic Republic of Congo. The team at IDM, in collaboration with federal and state emergency response organizations, has been monitoring the current outbreak and used it as the basis for the fictitious scenario in Operation Wesley.

“To see all the players come together for a common goal of protecting U.S citizens and advancing the science of how we treat global diseases has been amazing to watch,” said Harris.

Operation Wesley was conducted in collaboration with the Georgia Department of Public Health and the HHS Office of the Assistant Secretary for Preparedness and Response.