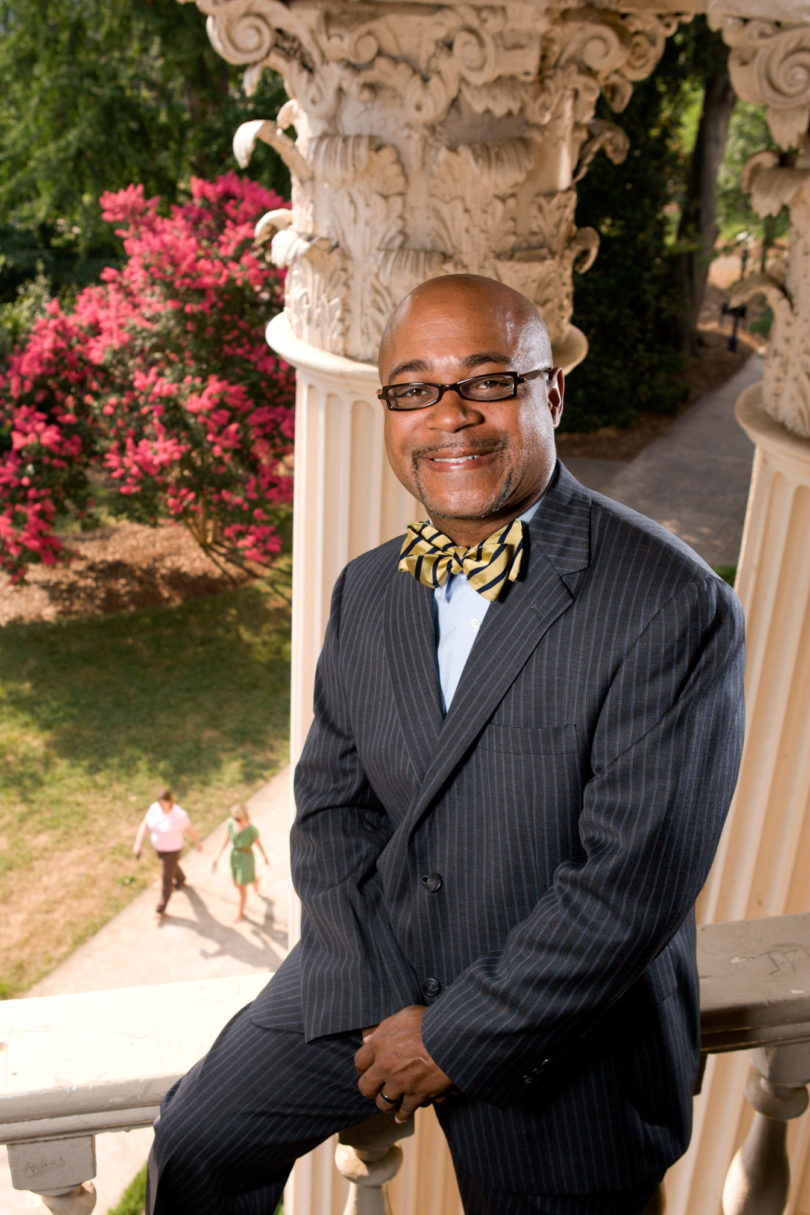 Derrick Alridge, who was named one of the country’s 10 outstanding young African-American scholars by a national publication in 2005, has been named the new director of UGA’s Institute for African-American Studies.

Alridge, an associate professor in the department of lifelong education, administration and policy in the College of Education at UGA, takes over from Kecia Thomas, a professor of psychology who has served as interim director of the institute and has recently accepted another position in the Franklin College.

The Institute for African-American Studies has evolved at UGA as an academic program of study since 1969, though its current status dates from 1992. It is dedicated to the production of creative research on black people and the black experience in the Americas and to innovative instruction for a diverse community of thinkers. In addition, it serves as a cultural repository and resource for the residents of Georgia.

“We’re delighted that Derrick Alridge has accepted the directorship of the institute,” said Garnett S. Stokes, dean of the Franklin College. “Kecia Thomas provided outstanding leadership as interim director, and we’re looking forward to continuing our tradition of strong direction for this important part of the college.”

Alridge has ambitious goals for the institute.

“I want the institute to become the primary center in the South for humanistic and social science research on the African-American experience,” he said. “From there, we hope to become one of the premier entities in the country in the field of African-American studies.”

He also plans to significantly increase the visibility of the institute at UGA, in Athens-Clarke County and in Georgia.

A native of Rock Hill, S.C., Alridge received his bachelor’s and master’s degrees in history from Winthrop University. From 1989 to 1993, he taught middle and high school history in the public schools of Columbia, S.C., and he returned to graduate school in 1993, earning a doctoral degree in 1997 from Penn State. While there, he was an instructor in African and African-American studies.

In 1997, Alridge joined the faculty in the department of social foundations of education at UGA and was appointed associate professor in 2003. He teaches courses in U.S. history of education, civil rights and education, and the history of hip-hop. In 2005, Alridge joined the faculty in the Qualitative Research Program at UGA where he also teaches courses in historiography and historical methods and on oral history.

He will hold faculty status in both the Franklin College and the College of Education in his new position.

In 2000, Alridge and Maurice Daniels, dean of UGA’s School of Social Work, co-founded the Foot Soldier Project for Civil Rights Studies, an archival, oral history and film documentary research project that attempts to uncover and chronicle the stories of largely overlooked participants of the American civil rights movement. To date, Alridge and Daniels have produced three documentaries that chronicle civil rights activities in the state of Georgia.

Alridge has  completed one book, The Educational Thought of W.E.B. Du Bois: An Intellectual History, which will be published this year. Another book in progress is The Hip-Hop Mind: An Intellectual History of the Social Consciousness of a Generation. In addition to his publications, Alridge serves as associate editor for the Journal of African-American History.