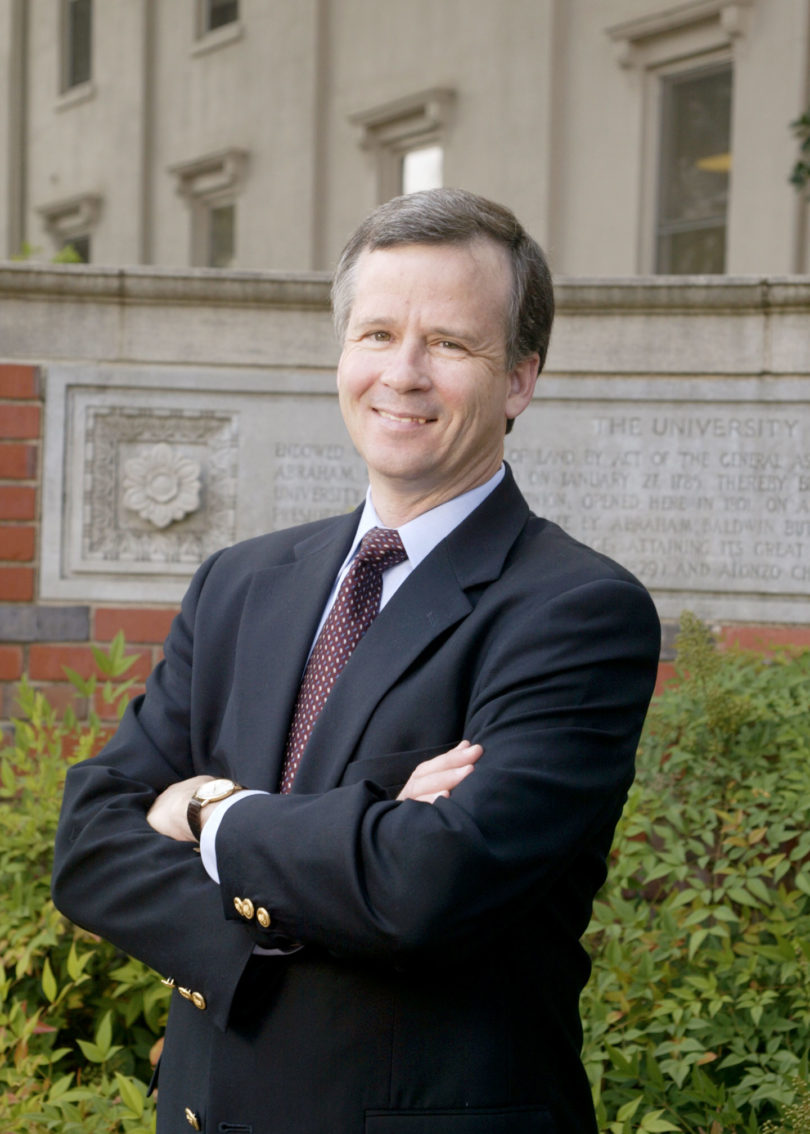 Adams also announced an office reorganization, which includes the appointment of Margaret A. Amstutz as his new chief of staff effective Jan. 1.

Landrum has served as Adams’ chief of staff since 1997. He joined the university’s external affairs division in 1976 and has extensive experience in UGA’s communications and fundraising functions. He served for six years as assistant to the president in the administration of Charles B. Knapp and also has served as UGA director of public relations and as executive assistant to the vice president for development.

Landrum was responsible for communications and special events support for the university’s Bicentennial Fund capital campaign from 1980 to 1985, and he directed the Performing and Visual Arts Campaign component of the Third Century Capital Campaign from 1989 to 1994. He currently provides major gifts support for the university’s Archway to Excellence capital campaign.

“Tom Landrum brings 30 years of experience in the university’s external affairs division to this interim post, and we are fortunate to have someone with his background and skills providing leadership for this important area of UGA,” Adams said. “In recent years, Tom has been personally involved in the Archway to Excellence campaign, and he is well-equipped to help continue and enhance the success this campaign is enjoying.”

As interim senior vice president for external affairs, Landrum will have oversight for the university’s development, alumni relations, public affairs and special events units, as well as the Career Center. He will serve as the university’s primary liaison with the Arch Foundation. He will continue to serve as Adams’ liaison with the intercollegiate athletics program and the UGA Athletic Association Board.

The search for a permanent senior vice president for external affairs will begin in early fall of 2007.

Amstutz joined the Office of the President in 1997 as assistant to the president and holds an academic appointment as adjunct assistant professor of English. Prior to her arrival on campus, she held the successive positions of project consultant, publications director and program officer at the Missouri Humanities Council, a state affiliate of the National Endowment for the Humanities. She also worked for two years as assistant to Adams during his term as Centre College’s president.

“I am delighted that Meg Amstutz will serve in the key chief of staff role in my office,” said Adams. “She has outstanding management and communications skills, and I value her thoughtful counsel and steady support. She will be an important addition to the university’s senior management team.”

As chief of staff, Amstutz will provide oversight and budgetary management for the staff and operations of the President’s Office, including administrative liaison with the Office of Legal Affairs, Internal Auditing Division and the EEO/Affirmative Action Office. She will serve as the primary liaison with the Office of the Chancellor and the board of regents, and will continue as academic affairs liaison for University Council, the UGA Research Foundation, the President’s Faculty Advisory Committee and the Faculty Admissions Committee.

A job announcement will be posted soon for the assistant to the president position that will be created by these internal moves. In the meantime, the duties of presidential assistants Matthew

Winston and Mary McDonald will be amended and expanded to meet the administrative needs of the office.