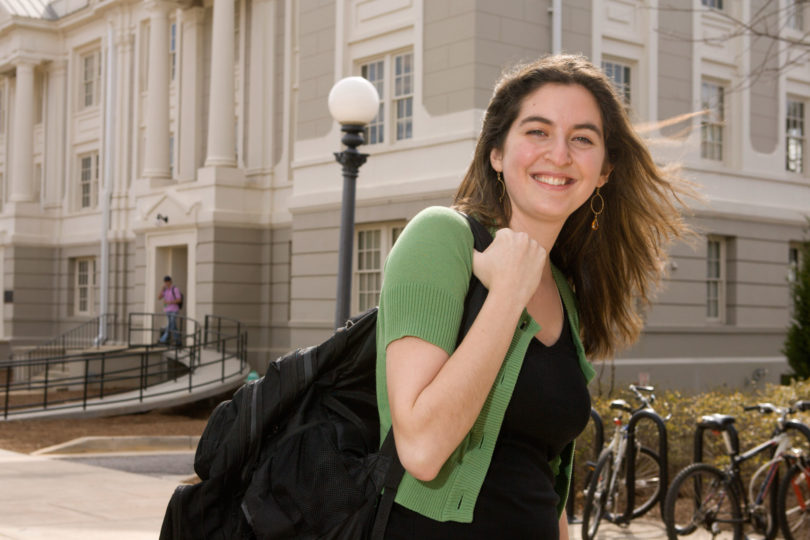 The merit-based NSEP Boren Scholarships were created by the National Security Act of 1991 and named after the legislative author and current University of Oklahoma President David L. Boren. The scholarship, usually for one semester or a full academic year, gives recipients the tools and skills needed to become well-rounded global citizens through the study of less commonly taught foreign languages and immersion in those cultures.

In exchange for the travel-study opportunity, the recipients agree to work for one year for the U.S. departments of state, homeland security or defense or the intelligence community.

“We are very proud of Yael,” said Steve Elliott-Gower, associate director of the Honors Program and NSEP’s faculty representative at UGA. “This award will greatly contribute to her academic and professional goals.”

Miller, a senior international affairs major from Marietta, is studying modern Arabic and colloquial Jordanian dialect at the University of Jordan in Amman through the Council on International Educational Exchange. She is already fluent in Hebrew and plans to focus her research on the Israeli-Palestinian conflict.

“I am excited and honored for the opportunity to study abroad in Jordan through the NSEP David L. Boren Scholarship,” said Miller. “The scholarship provides an important service to the United States by enabling students to focus on critical areas that are often misunderstood. I am excited to learn and practice my Arabic in such a dynamic region and nation.”

Researching global issues abroad is not new for Miller, who has already traveled to Israel, Turkey and Egypt during her time at UGA. She spent a year in Beer Sheva, Israel, attending Ben Gurion University in 2005, and studied Arabic and Islam in Morocco in May. She received a Courts Scholarship from UGA’s Honors Program for the Moroccan trip.

As a member of Roosevelt@UGA, a student-run think tank that delves into current national and international topics, Miller co-wrote a paper on the reconstruction of Lebanon with Roosevelt@UGA member Jonathan Pride. She recently presented that paper, along with another paper she wrote about two Egyptian novels, at the undergraduate research symposium sponsored by UGA’s Center for Undergraduate Research Opportunities.

After she graduates this spring, Miller plans to pursue a career in media analysis or another field with a focus on Middle Eastern politics.