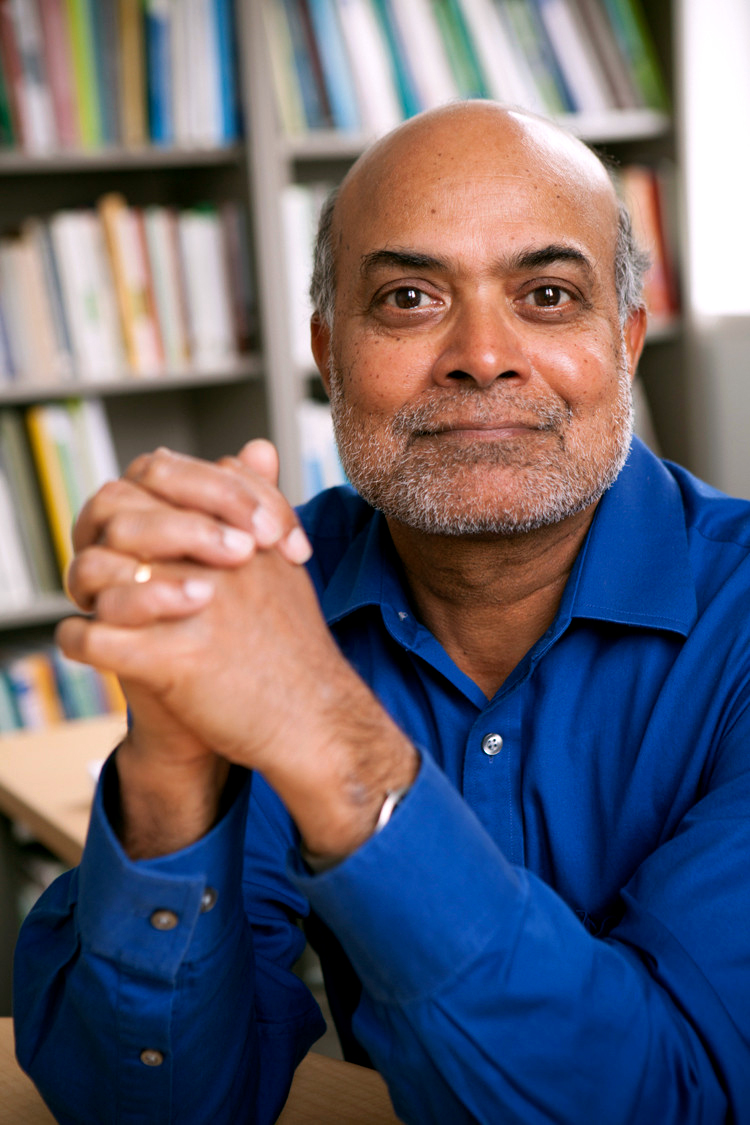 Athens, Ga. – Prabhu Pingali, director of the Tata-Cornell University Initiative for Agriculture and Nutrition, will speak April 7 at 4 p.m. in the Georgia Museum of Art as part of this year’s International Agriculture Day sponsored by the University of Georgia’s College of Agricultural and Environmental Sciences. His talk is on “Addressing Persistent Malnutrition in the Developing World—Getting Beyond the Focus on Increasing the Pile of Food Grains.”

The world has the means to eliminate hunger and malnutrition, Pingali said, but accomplishing this task requires convincing international policymaking groups to focus their energies on that common goal.

During his talk at UGA, Pingali plans to discuss a range of topics related to agriculture and nutrition. In a recent interview published by Creating Chemistry magazine, Pingali said that a disconnect occurred during the original Green Revolution, when there was a focus on increasing the production of staple grains, such as rice, maize and wheat.

“There was very little understanding at that time of the overall food system and of the importance of building up a diversity of food available to consumers,” he said. “That’s been the big change over the last three decades: moving away from this focus on staples to looking more broadly at the food system from farm to plate.”

Pingali was named director of the Tata-Cornell initiative soon after it was established in 2013 with a $25 million endowment from the India-based Tata Education and Development Trust. The goal of the initiative is to solve the problems of poverty, malnutrition and rural development in India.

Prior to joining the initiative, Pingali spent five years as deputy director of agriculture development for the Bill and Melinda Gates Foundation. He began his career as an economist with the World Bank in 1982, followed by stints as an agricultural economist at the International Rice Research Institute, director of the International Maize and Wheat Improvement Center and director of the Agricultural and Development Economics Division of the Food and Agriculture Organization of the United Nations.

In addition to Pingali’s talk, a number of presentations will occur during the reception, including the CAES Undergraduate Global Citizen Award, the Edward T. and Karen Kanemasu Global Engagement Award and the Global Programs Graduate International Travel Award.

Attendees will have the opportunity to vote for their favorite of the five finalists in this year’s Agriculture Abroad Student Photo Contest. The winners will be announced at the end of the reception.

For more information on International Agriculture Day and the Office of Global Programs, see www.global.uga.edu/InternationalAgricultureDay/index.html.