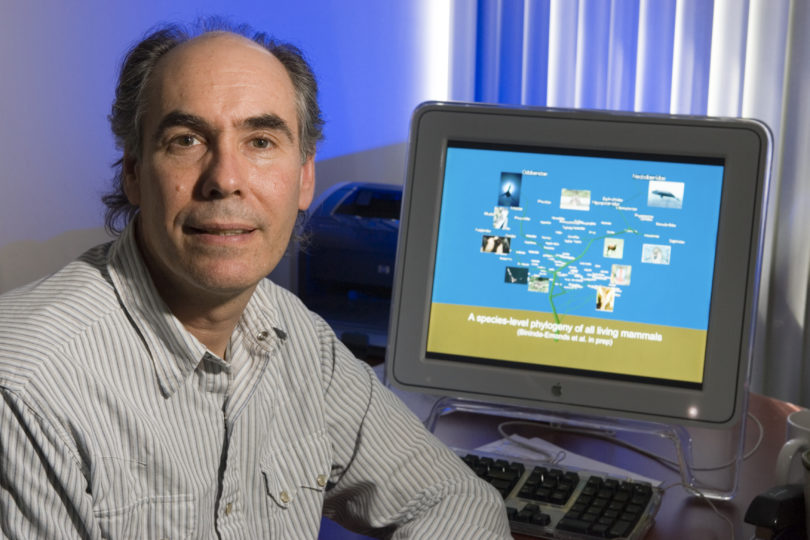 John Gittleman, dean of the Odum School of Ecology, is senior author on the Nature paper.

Governments and donors have spent billions of dollars since the 1992 Rio Earth Summit attempting to slow the pace of species extinctions around the world. Now, a new paper in Nature provides the first clear evidence that those efforts are working.

The study by an international team of researchers found that the $14.4 billion that countries spent on conservation from 1992 to 2003 reduced expected declines in global biodiversity by 29 percent. The findings could be used by policymakers to set conservation budgets that would allow their countries to meet the goals of international species protection agreements.

The study, led by Anthony Waldron of Oxford University, the University of Illinois, and the National University of Singapore, shows that conservation spending by 109 signatories of the United Nations Convention on Biological Diversity significantly reduced biodiversity loss in those countries.

To accurately explain the impact of conservation funding by country, the researchers incorporated information about changes to each country’s biodiversity from 1996 to 2008 as well as government and nongovernmental organization spending targeted toward protecting biodiversity from 1992 to 2003, which researchers say allowed enough lag time for that spending to have had an impact. The researchers also examined how human development placed stress on species and their habitats.

This model provides a framework we can use to balance human development with maintaining biodiversity. In my view, this is an empirical scientific framework of true sustainability. — John Gittleman

Among the study’s findings were that 60 percent of the world’s biodiversity loss could be attributed to seven countries: Indonesia, Malaysia, Papua New Guinea, China, India, Australia and, principally driven by species loss in Hawaii, the U.S. Meanwhile, another seven countries-Mauritius, Seychelles, Fiji, Samoa, Tonga, Poland and Ukraine-saw their biodiversity improve.

“The good news is that a lot of biodiversity would be protected for relatively little cost by investments in developing countries with high numbers of species,” said Gittleman. He added that it was important to note that as development pressures increase, conservation spending will have to keep pace. Policymakers could use the model to determine these budgets.

“This model provides a framework we can use to balance human development with maintaining biodiversity,” said Gittleman. “In my view, this is an empirical scientific framework of true sustainability.”

By providing evidence that conservation funding has already had a significant impact on the protection of global biodiversity, the authors hope that more countries will be motivated to invest in meeting international biodiversity commitments.

“For 25 years, we have known that we need to spend more on nature conservation, or face a modern mass extinction as serious as that of the dinosaurs,” said Waldron. “But governments and donors have been unwilling to come up with the necessary budgets, often because there was little hard evidence that the money spent on conservation does any good. This finding should now encourage decision makers to re-engage with the Earth Summit’s positive vision, and adequately bankroll the protection of Earth’s biodiversity today.”

To determine a measurement of biodiversity loss for each country, the authors used data from the International Union for Conservation of Nature’s Red List of Threatened Species, which has tracked the conservation status of the world’s plant and animal species for more than 50 years. They determined how much of a species’ decline could be attributed to each country chiefly based on what proportion of the species’ range was in that country.

Information about annual conservation spending per country was drawn from an earlier publication by the same authors, which appeared in the Proceedings of the National Academy of Sciences in 2013. That paper covered the period from 1992-when the Rio Earth Summit led to the Convention on Biological Diversity and the first major infusion of global conservation spending-to 2003.

To account for pressure put on species as countries made progress on another of the U.N. Sustainable Development Goals — human development — the authors incorporated data about each country’s population growth, economic growth and agricultural expansion from World Bank statistical tables.

The resulting analysis showed that conservation spending reduced species decline and that development pressure increased it, but unevenly. A country’s size, number of species present, and the conservation status of those species at the start of the study period all played a role in determining its biodiversity decline score.

Conservation spending had a greater impact in poorer countries than wealthier ones, for instance, and in countries with greater numbers of threatened species. Agricultural expansion had very little effect in countries that already had a lot of farmland than in those with little, and economic growth had less effect in the poorest countries, although its impacts grew stronger as a country’s population increased.

The paper, “Reductions in global biodiversity loss predicted from conservation spending,” is available online at http://dx.doi.org/10.1038/nature24295.

Support for the research came from UKDWP, the USDA National Institute of Food and Agriculture Hatch project, the MacArthur Foundation, a Natural Sciences and Engineering Research Council Canada Discovery and Accelerator grant, the UK Natural Environment Research Council and the Odum School of Ecology.