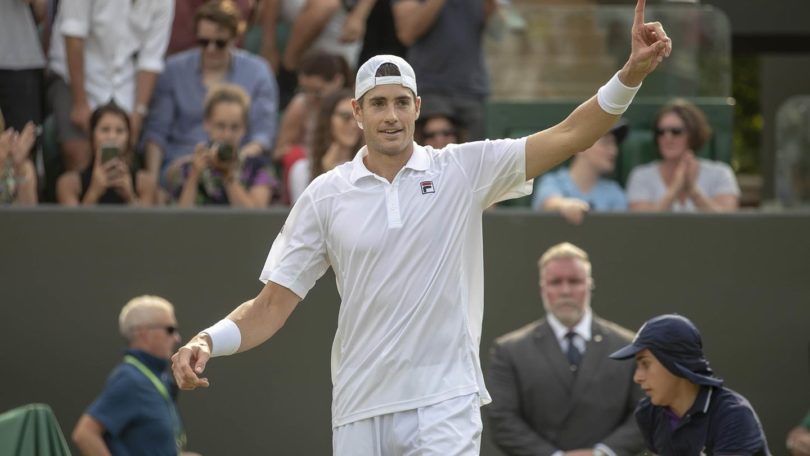 The semifinals contest, which featured two former college tennis standouts, did not disappoint. Isner and Anderson battled back-and-forth, using strong serves to stage a Wimbledon classic. The former Illinois Illini outlasted the Bulldog in a 6-7 (6), 7-6 (5), 7-6 (9), 4-6, 26-24 thriller at Centre Court.

“My heart goes out to John,” Georgia head coach Manuel Diaz said. “I am trying to find the words to describe what I feel for him and proud doesn’t do it justice. He has always represented this University and our program in a first-class way, so I think all Bulldogs — no matter their affiliation with this school — ache for him today. He gave an absolutely gutsy performance, and what he was able to accomplish at Wimbledon this year was nothing short of amazing. We are all so proud, and I am honored to be his coach.”

Isner, who advanced to the semifinals of a major for the first time in his career, was just moments away from becoming the first American male since Andy Roddick in 2009 to advance to a Wimbledon final. Isner would have also been the first former Georgia tennis player to reach a singles final of a major since Mikael Pernfors did so at the French Open in 1986.

Friday’s match set the Wimbledon semifinals record for number of games (was 72) as well as duration — the 6 hours, 36 minute match bested the previous mark by 1 hour, 52 minutes. Isner won the longest match at Wimbledon — or any other tournament — when he beat Nicolas Mahut 70-68 in the fifth set after 11 hours, 5 minutes in 2010.

Isner also broke the record for the most aces in Wimbledon history. He totaled 53 on Friday, which gave him 214 for the event, topping Goran Ivanisevic’s record of 213 in 2001.