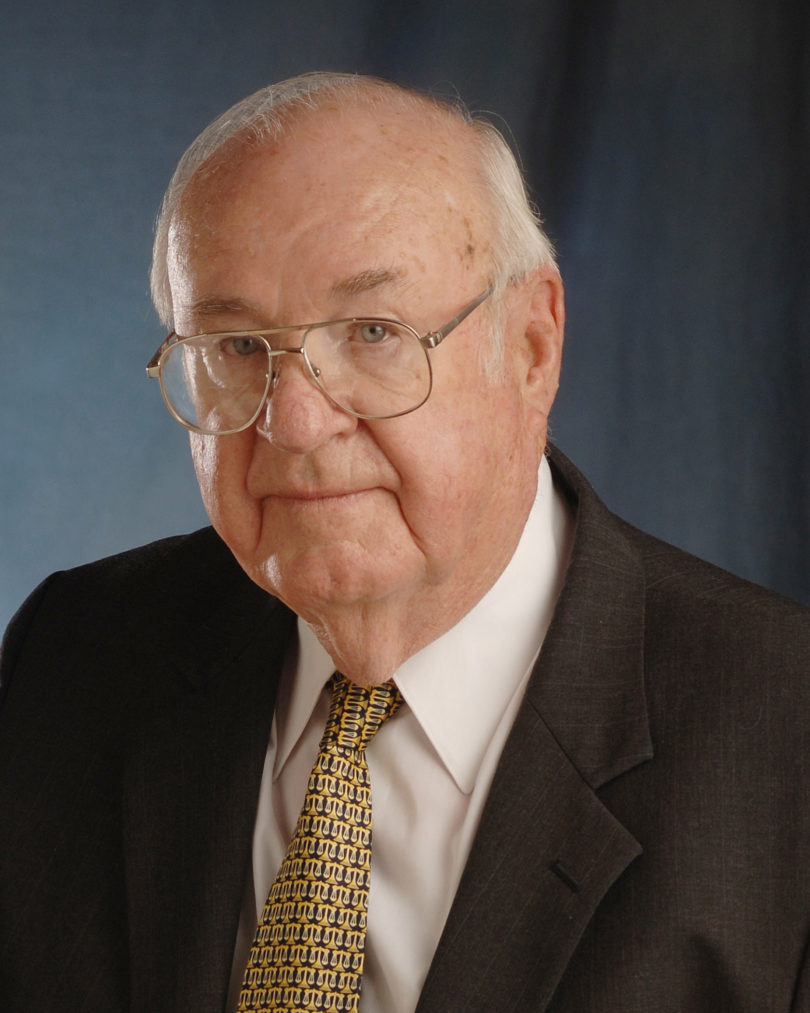 Athens, Ga. – James Ralph Beaird, dean emeritus of the University of Georgia School of Law, passed away Thursday, Aug. 14, after an extended illness.

“Dean Beaird gave so much of his own life for the betterment of the university and our School of Law,” said UGA President Jere W. Morehead.  “I certainly witnessed firsthand his devotion to the Law School as a student and later as a moot court adviser and teacher. What I will remember most about Dean Beaird’s extraordinary life was his demand for excellence. He set the bar very high, and he expected others to follow his wonderful example of service to the University and Law School.”

Born Sept. 27, 1925, in Gadsden, Alabama, Beaird went to Los Angeles, California, a week after his 1943 high school graduation to work in the Office of the General Counsel of Douglas Aircraft. On his 18th birthday, he registered with the draft board and soon joined the U.S. Army Air Force. After basic training, he was assigned to the 10th Army, which participated in the invasion of the island of Okinawa beginning April 1, 1945, the largest amphibious operation in the Pacific theater of World War II. He vividly recalled the landing and the Japanese kamikaze suicide planes attacking the Allied ships.

A year later, he returned home and enrolled at the University of Alabama where he earned a bachelor’s degree in business in 1949 and a bachelor of law degree in laws in 1951. He earned a master of laws degree from George Washington University in 1953. In 1950, he wed Jeanne Ralls, a native of Gadsden. It was a devoted marriage of 60 years until her death in 2010. The couple moved to Virginia. There, Beaird joined the U.S. Department of Labor, rising to assistant solicitor, associate general counsel of the National Labor Relations Board, and associate solicitor of the Department of Labor, where he oversaw the caseloads of 1,200 attorneys in 28 regional offices. In 1965, he came to Athens as a visiting professor at the UGA law school. After one year, he returned to Washington. He accepted a full-time professorship at the UGA law school in 1967 where he remained until 1989. He served as acting dean from 1972-74 and dean of the school from 1976 to 1987. In 1974, he was named University Professor, a designation denoting outstanding service to the institution beyond one’s specific academic discipline, and counselor to the president of the university.

The growth in quality and program diversity of UGA’s School of Law during Beaird’s deanship is evidenced in the growth of its private funds endowment from less than $450,000 in 1972 to $17 million in 1987; the establishment of the Dean Rusk Center for International and Comparative Law in 1977; the granting of an Order of the Coif chapter, the Phi Beta Kappa of legal education, in 1978; 21 endowed professorships established by 1987; the founding of the Institute for Continuing Judicial Education in 1977; growth of the advanced degree master of laws program; increasing academic credentials of entering students and bar exam passing rates; international programs; addition of a 25,000-square-foot annex to the law library in 1981; doubling the law library volumes from 1973-1987; conversion to the semester system; and other advances that led to ranking the Georgia law school as among the nation’s best.

Stepping down from the deanship in 1987, Beaird returned to teaching. The University of Alabama Law Center invited him to return to his alma mater as the John Sparkman Distinguished Visiting Professor of Law for the spring semester of 1988. In 1989, he retired from UGA to private practice with the Athens law firm of Blasingame, Burch, Garrard and Bryant.

Interment will be in Oconee Hill Cemetery. The funeral service will be held Monday, Aug. 18, at 12:30 p.m. at the First United Methodist Church of Athens, immediately followed by a reception in Hancock Hall at the church. Bernstein Funeral Home is in charge of arrangements. Members of the Tuck Sunday School Class will serve as honorary pallbearers.

The family requests that in lieu of flowers, those wishing to honor his memory may do so with a gift to the Jeanne and Ralph Beaird Law Library Fund at the UGA law school or to Athens First United Methodist Church.