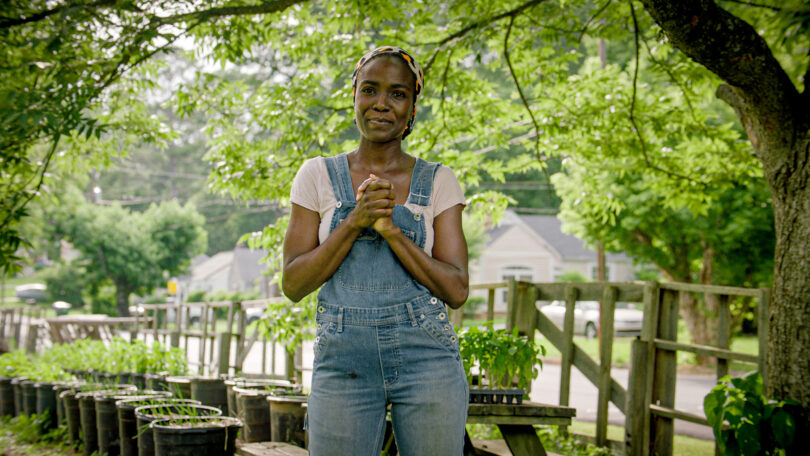 Jamila Norman BSBE '06 is an urban farmer in southwest Atlanta, and the host of the Magnolia Network show "Homegrown."

A local Atlanta production company had contacted her about an idea for a TV pilot. Norman BSBE ’06 was intrigued.

She is the owner of Patchwork City Farms in the Oakland City neighborhood, and a staple of Atlanta’s urban farming community for more than a decade.

The idea centered on a home gardening makeover show. The producer recorded the conversation and sent the video to her client: home renovation and lifestyle superstars Chip and Joanna Gaines. The Gaineses were launching Magnolia Network—a media joint venture with Discovery comprising a cable and streaming presence—and they enthusiastically signed off on the show. Norman had just become one of its stars.

Welcome to Homegrown, the latest episode in Norman’s life, which—like her farm—is bursting with abundance.

Since Norman was born, fresh and healthy food has been a part of her life. She hails from New York City, but the culinary influences of her mother (a native of Jamaica) and her father (from Trinidad) made quite an impression.

“I read gardening books like other people read novels. Front to back. I absorb everything,” says Norman.

After her family moved to Atlanta, Norman tended small gardens, and while an undergraduate in Athens, she taught children the principles of growing food through the Boys and Girls Club. She worked as an engineer for 10 years after graduating, farming on the side for much of that time. 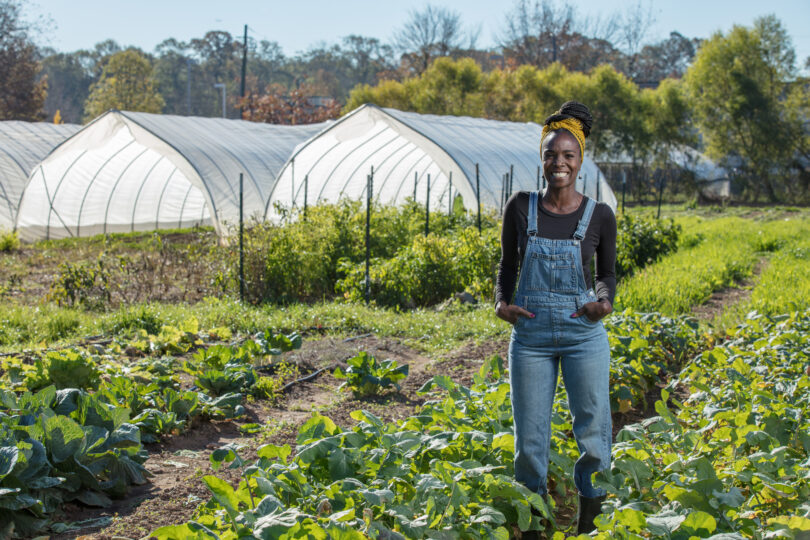 Jamila Norman bought the land that became Patchwork City Farms in 2018. Each episode of Homegrown features Norman working on her farm as well as in the backyards of the Atlanta-area families she is transforming to metropolitan oases. 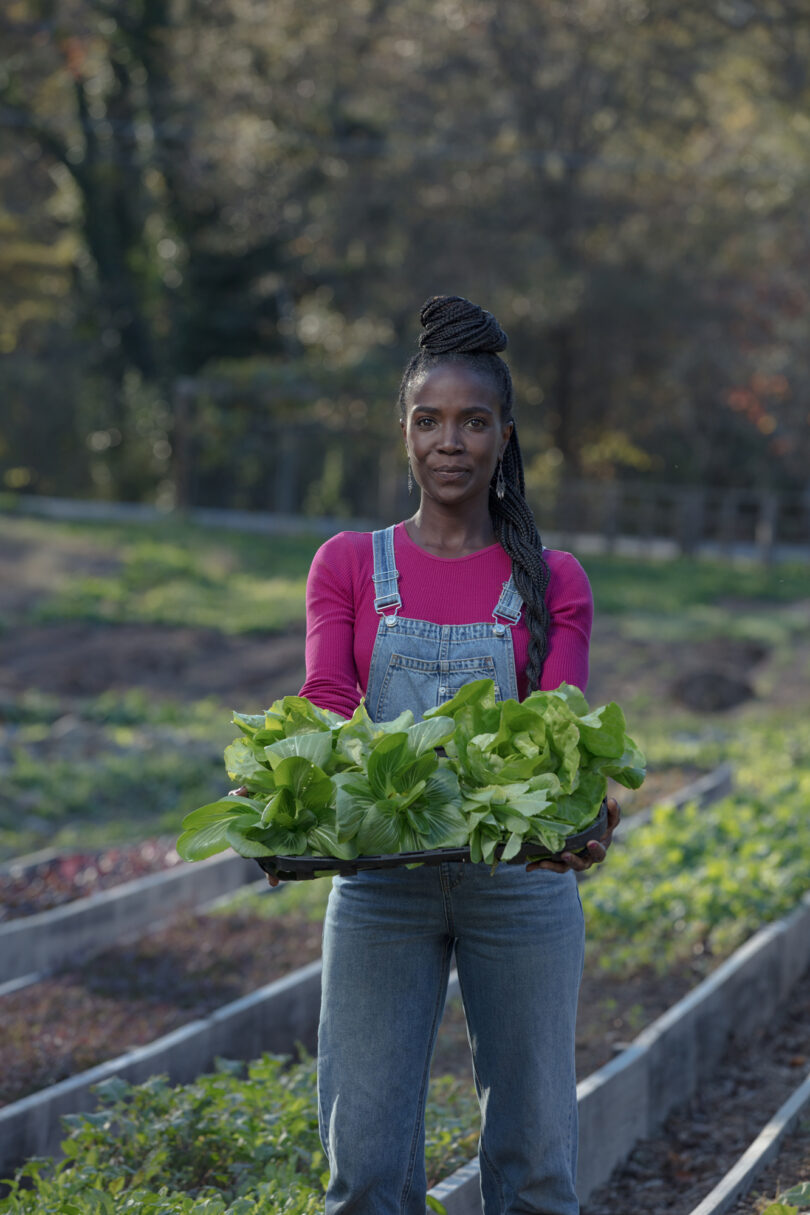 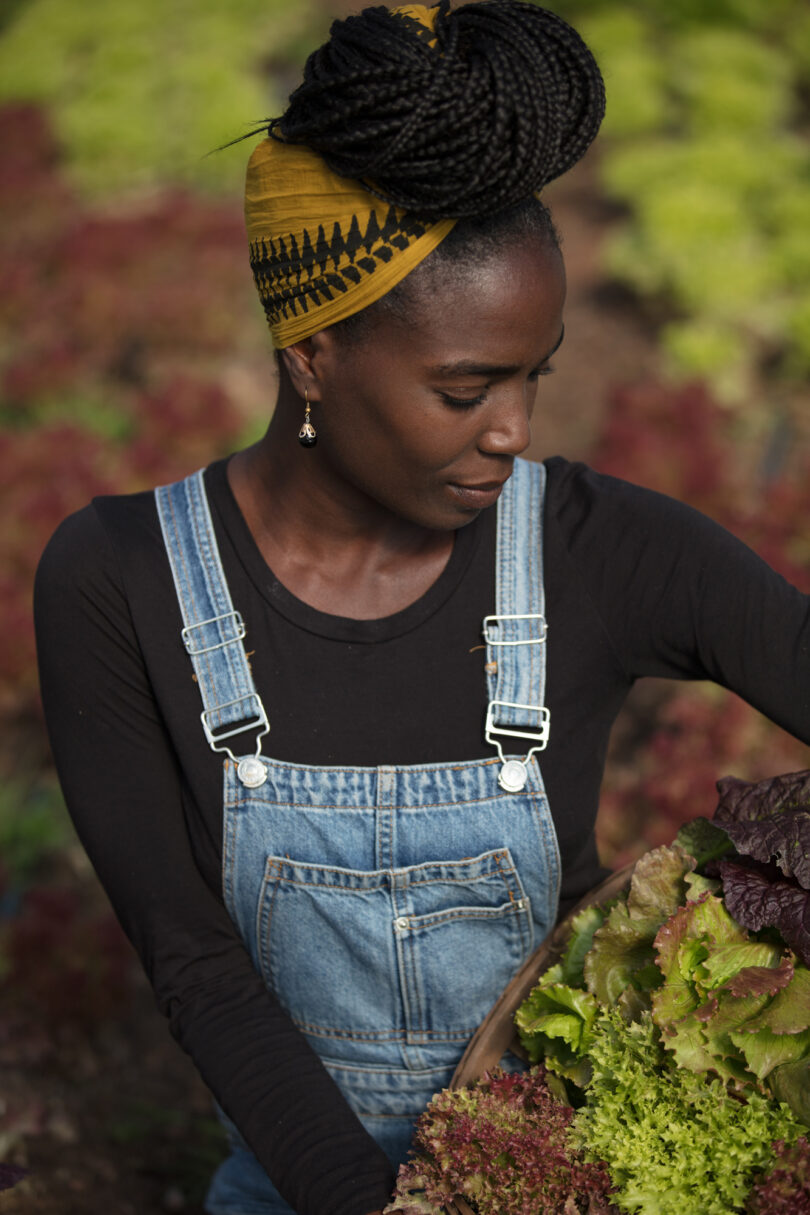 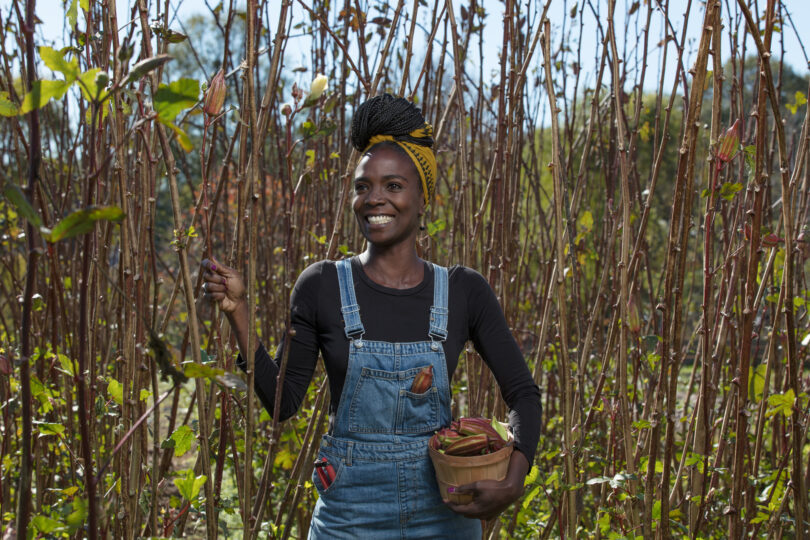 After renting land in various locations for years, Norman purchased the land that became Patchwork City Farms in 2018. The former environmental engineering major transformed what had been a vacant lot bisected by a drainage ditch into a bountiful 1.2-acre agricultural plot. Farming, always a love, became her full-time occupation. Norman built a loyal customer base. The crops that didn’t go to Atlanta’s many farm-to-table restaurants, she sold at farmer’s markets across the city.

Becoming a TV star was never a consideration. But for someone new to the genre, Norman is a natural.

“I’m just being myself,” she says. “This is not reality TV; I’m not playing a character. We want to keep it authentic and capture moments where the audience is learning, they are entertained, and they see a lot of things they can implement at home.”

I read gardening books like other people read novels. Front to back. I absorb everything.” — Jamila Norman BSBE ’06, urban farmer and host of Homegrown, on the Magnolia Network

Each episode of Homegrown begins and ends with Norman at Patchwork City Farms. In between, viewers meet a new family and their soon-to-be-transformed yard. An illustration of Norman’s plans is then sketched out on screen, accompanied by her voiceover describing each step. The show then follows the process as Norman and her team transform the yard into a functional garden that doubles as a food source.

During the shows, viewers visit local gardeners, craftspeople, farmers, growers, and other members of Norman’s wider community—many of them personal friends. And it all plays out like a loving postcard from Atlanta, wrapped up in a brisk 24-minute package.

Season 1 of Homegrown, one of Magnolia Network ’s original offerings when it launched in July 2021 on discovery+, was a rousing success. Season 2 debuted in late October with an episode order that doubled from six to 12. The newer episodes include a revisit to homes about two months after completion.

“We get to see the gardens in abundance,” Norman says. “We can also talk to the audience about the importance of when to harvest food.”

With such a busy schedule, Norman could be excused for putting other plans on hold. Instead, she is expanding Patchwork City Farms in hopes of turning it into a wellness and retreat center complete with a pavilion to teach classes and host events.

Norman also promotes other women of color in urban farming. In a matter of seconds, Norman lists a half dozen Black women farmers in Atlanta. One of them, Haylene Green, aka “the Garden Queen,” was featured on Homegrown. Promoting her fellow neighborhood farmers is just one way Norman gives back to her Southwest Atlanta community.

“I wasn’t the first Black woman to farm in Atlanta, but I became visible,” she says. “Urban farming is a way to reclaim underdeveloped land. We don’t have a lot of fresh and healthy food here, but this is where the need is. Our long-term goal is to overcome the barriers-—income, transportation, awareness, cultural relevance—to get the food to the people who need it.”