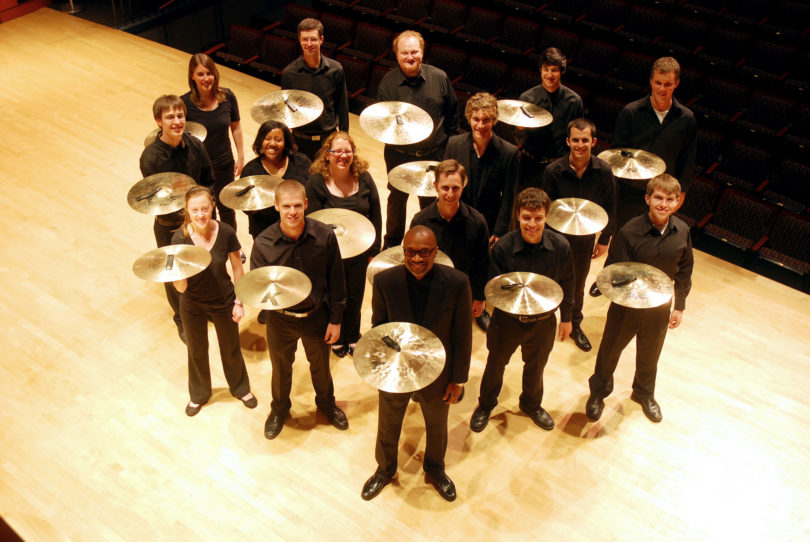 The UGA Percussion Ensemble will perform March 8 at 8 p.m. in Hodgson Concert Hall.

The UGA Jazz Ensemble and UGA Percussion Ensemble will present “A Night of Rhythmic Music” March 8 at 8 p.m. in Hugh Hodgson Concert Hall. Tickets are $18, or $5 for UGA students.

The concert opens with the UGA Jazz Ensemble, directed by Steve Dancz, performing music by Dizzy Gillespie, Duke Ellington, Charlie Parker, Henry Mancini and others. The Jazz Ensemble has performed in recent years at the Montreux and Vienne jazz festivals as well as in Beijing, representing the state of Georgia during its official trade mission to China.

Following intermission, the 21 members of the UGA Percussion Ensemble will take the stage, performing contemporary and world music. The Percussion Ensemble is directed by Timothy Adams Jr., who joined the faculty of the Hugh Hodgson School of Music in 2010, after 15 years as principal timpanist of the Pittsburgh Symphony.

Tickets are available from the Performing Arts Center box office, 706-542-4400 or pac.uga.edu.