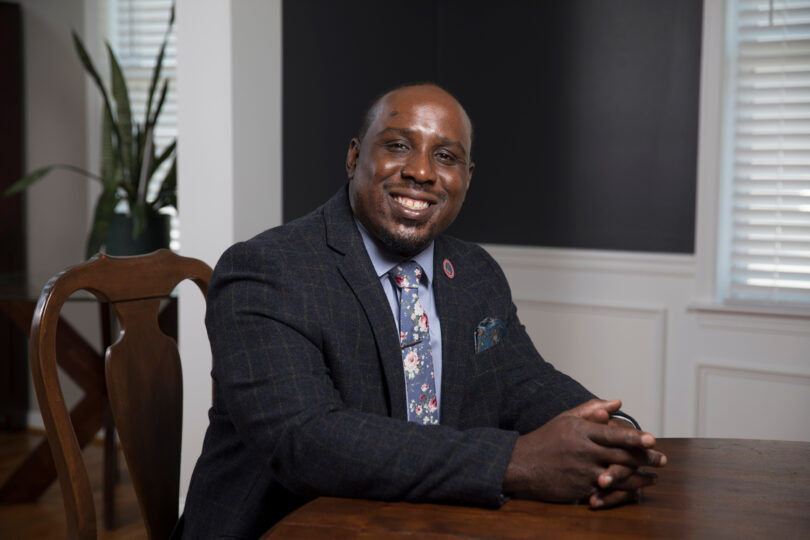 Of his experience as a UGA student, Jeffrey Brown AB '05 says that he experienced "opportunity after opportunity." Now, as an alumnus, when he was presented with a fresh and challenging opportunity for UGA leadership, he knew exactly what to do.

In the early 2000s, when Jeffrey Brown was a student worker at UGA, he came up with a great idea. A perfect idea.

Wouldn’t it be cool, he said to his supervisor in the Office of Multicultural Services and Programs, if we sent a packet to new students—maybe including some letters from current students or faculty—that welcomed them to the Bulldog family?

Brown’s supervisor, Vanessa Williams Smith, who is now director of programs and outreach in the Office of Institutional Diversity, agreed with him. Then she added, “But that’s not in your budget.” 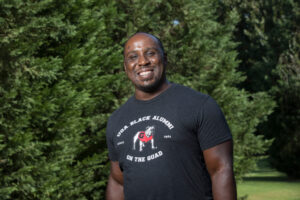 “As a leader, you don’t get to pick when you are called,” says Jeffrey Brown. “When that happens, your only response should be ‘yes.’ And it’s our responsibility to lead in our moment.”

Brown was crestfallen—but just for a moment. Smith, noticing his reaction, came back with a suggestion to talk with people around campus to see if they could offer some funds to pay for the mailing. Within days, Brown was sitting across desks from deans and even in the Office of the President pitching his idea.

He got the money, and the mailing went out.

“That’s what my UGA experience was for me—opportunity after opportunity,” says Brown AB ’05, who earned a degree in international affairs. “When I go back and talk to students now, one of the things that I tell them is that they will learn things both inside and outside the classroom.”

Perhaps it’s no surprise that after graduating, Brown entered the nonprofit world. First, he worked in fundraising with the Boy Scouts of America for more than eight years. Then, in 2016, he took on the role of vice president of development and marketing for the Decatur-based Partnership Against Domestic Violence, which has challenged him to dig deeper and uncover perspectives he didn’t know he had.

“When I started, I wasn’t sure they were going to want to have a man speaking on behalf of something that society perceives as a women’s issue,” he says. “But I can reframe that conversation. It’s not just a women’s issue. It’s a family issue. It’s my issue if my son is sitting in class with another boy who didn’t get any sleep last night because his mom was getting beaten up in another room. Now I can stand up in front of people and say enough is enough.”

Brown clearly has no problem putting himself out there. His newest opportunity is as president of the UGA Black Alumni Leadership Council for 2020-21. The council leads the official affinity group for the 19,000 living Black graduates of UGA. When he first volunteered for the group, he saw it as a chance to reconnect to the university. He didn’t expect his presidency would coincide with a pandemic and the most significant conversations about social justice in a generation.

“As a leader, you don’t get to pick when you are called,” Brown says. “When that happens, your only response should be ‘yes.’ And it’s our responsibility to lead in our moment.”

Brown freely admits to bouts of self-doubt, then quickly credits his circle of support—his family, friends, and colleagues—for helping him push through. So while he fully sees the serious issues the council faces today, Brown also sees opportunities. Just like when he was a student.

“Why can’t we speak as a university with one voice on social justice issues?” Brown says, not asking a question so much as throwing down a gauntlet. “When I think about the state of Georgia and its history with civil rights, UGA as this state’s flagship institution has this awesome moment to be leader, a catalyst for change, that other universities around the country could follow.”