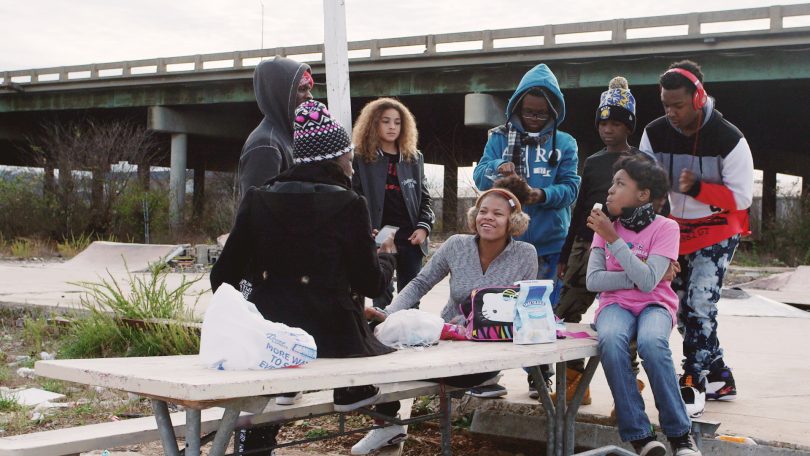 Journalist, photographer and filmmaker Jennifer Crandall combines art and poetry to tell the story of what it means to be American. The exhibition Whitman, Alabama, on view at the Georgia Museum of Art through Dec. 21, will feature 23 of Crandall’s 52 films from her documentary of the same name, screening in a loop in the museum’s Alonzo & Vallye Dudley Gallery for time-based media.

Whitman, Alabama is an ongoing documentary project inspired by the people of Alabama. Crandall began working on the series while she was artist in residence for the Alabama Media Group.

“I came up with the idea of making a series of portraits hoping to show off Alabama’s people—but instead of using a traditional interview format, I wanted to use a poem as the common thread. And beyond that, let people speak for themselves,” she said.

The poem she references is “Song of Myself” by American poet Walt Whitman. The lengthy free-verse poem is more like an American epic. It celebrates the diversity of the United States while emphasizing the oneness of its people.

Crandall’s project highlights this theme as well. Since 2017, she has traveled across Alabama asking residents to grant her and her team access into their daily lives. While they capture these moments, the subjects of the films read a verse from Whitman poem. In the foreground of the recitation of this great American poem are seemingly mundane activities, but the juxtaposition of the two creates a captivating series of videos that not only tells us what it means to be an American but what it means to be human.

“While these glimpses into these quiet moments in people’s everyday lives are unique to the people presented in the films, there’s this universality about those private moments that makes you feel connected to people in an unexpected way,” said Callan Steinmann, the museum’s curator of education and the curator of the exhibition.

Steinmann is incorporating a participatory project into the exhibition that lets visitors pick up a postcard and share what makes them unique as well as read others’ responses.