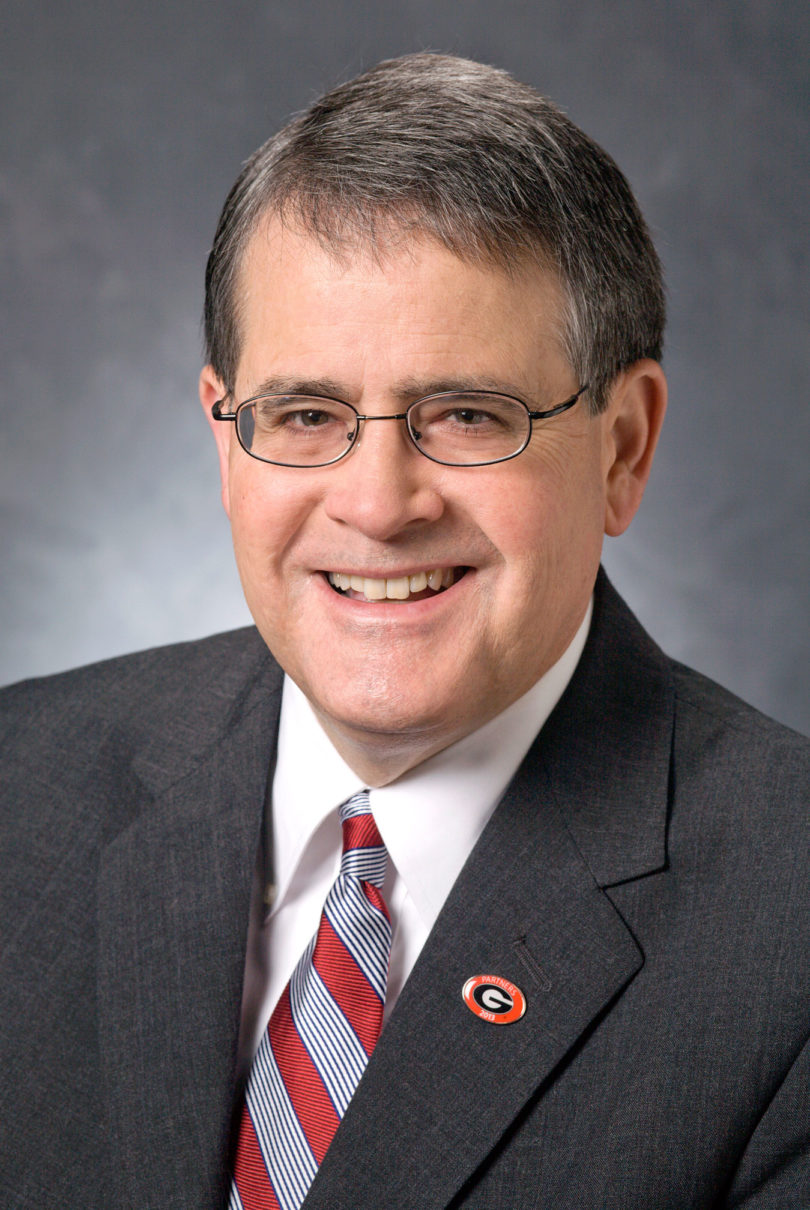 Atlanta, Ga. – University of Georgia President Jere W. Morehead will be the featured speaker at the Terry Third Thursday breakfast speaker series on Sept. 18 at the Terry Executive Education Center in Buckhead. His presentation, titled “Serving the Citizens of Georgia and Beyond,” will discuss the university’s efforts to improve lives in Georgia and around the world.

Terry Third Thursday is a monthly event for the Atlanta business community. Registration for the $30 event is required. For registration and directions, see terry.uga.edu/ttt.

His career covers a wide range of faculty and administrative roles. Prior to 2010, he served UGA in several key administrative assignments, including vice president for instruction, vice provost for academic affairs, associate provost and director of the Honors Program, and acting executive director of legal affairs. From 2003 to 2010, he served as the university’s faculty athletics representative.

As UGA president, he serves as chair of the Georgia Athletic Association Board of Directors, chair of the UGA Research Foundation, a UGA Foundation trustee and a UGA Real Estate Foundation trustee. Morehead is also a member of the Committee of Research Intensive Public Universities convened by the Association of Public and Land-grant Universities, and he is included in Georgia Trend’s 2014 Most Influential list.

Morehead is the Meigs Professor of Legal Studies in the Terry College of Business, where he has held a faculty appointment since 1986. He is a co-author of several books and book chapters, including “The Legal and Regulatory Environment of Business,” and he has published scholarly articles on legal topics ranging from export controls to jury selection. He has served as editor-in-chief of the American Business Law Journal and previously held several other editorial board positions with the ABLJ.

Morehead has received several university-wide teaching awards, including the Josiah Meigs Award-UGA’s highest honor for teaching excellence-the Richard B. Russell Award for Excellence in Undergraduate Teaching, the Teacher of the Year Award in the Terry College of Business and the Lothar Tresp Outstanding Honors Professor Award.

This Terry Third Thursday series is sponsored by The Bank of North Georgia, the Atlanta Business Chronicle and WABE-FM. For more information, see terry.uga.edu/ttt.