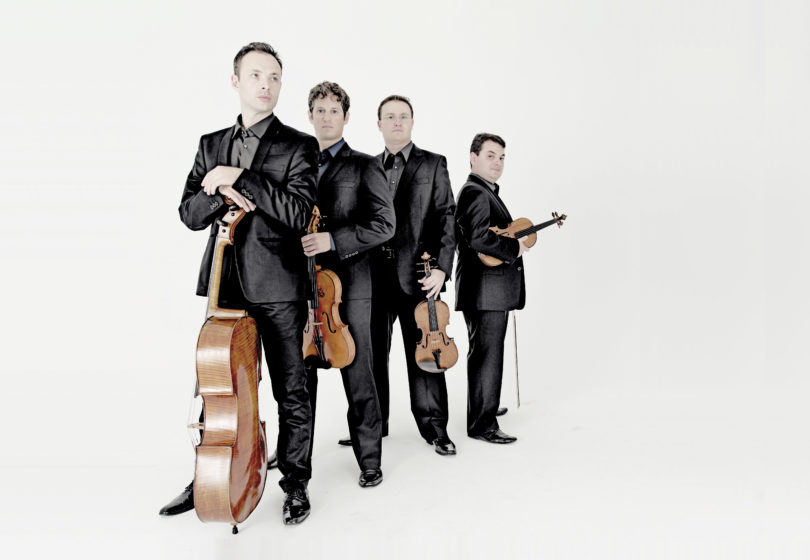 The Jerusalem Quartet is coming to UGA April 16 for a 7:30 p.m. performance in Hodgson Concert Hall. The award-winning ensemble’s program will feature string quartets by Haydn, Bartók and Beethoven.

Founded in 1993 in Israel, the Jerusalem Quartet has performed on some of the world’s leading concert stages with biannual visits to North America and regular appearances at London’s Wigmore hall, Tonhalle Zürich, Munich Herkulessaal and Theatre des Champs-Elysées. The ensemble has also been invited to perform at premier music festivals such as Salzburg, Verbier, Schleswig-Holstein, Schubertiade Schwarzenberg, Rheingau, Saint Petersburg White Nights as well as Ravinia in the United States.

The Jerusalem Quartet records exclusively for the harmonia mundi label. The quartet’s recordings, particularly the albums featuring Haydn’s string quartets and Schubert’s “Death and the Maiden,” have been honored with numerous awards including the Diapason d’Or and the BBC Music Magazine Award for chamber music.

The quartet’s Athens concert will be recorded for broadcast on American Public Media’s Performance Today, the most popular classical music program in the United States.

A pre-performance talk will be given by Theresa Chafin, a graduate music student at UGA. The talk begins at 6:45 p.m. in Ramsey Concert Hall and is open to the public.