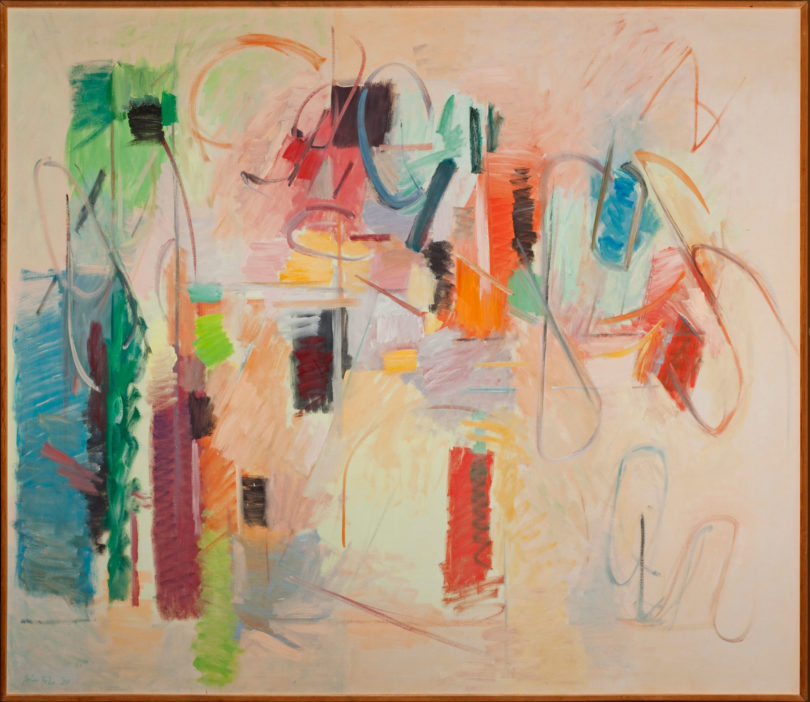 Athens, Ga. – The Georgia Museum of Art at the University of Georgia will present “John Haley: Berkeley School Abstract Expressionist” Nov. 10 through March 3, 2013. The exhibition, organized by the Monterey Museum of Art in Monterey, Calif., focuses on Haley’s paintings, particularly those of the 1950s and 1960s.

“Never shown before in the Southeast, his works of the 1950s and 1960s, of which this exhibition is a selection, help illustrate the turmoil and excitement of this period in American art, a time when radical experimentation reinvigorated the visual arts after the disillusionment of the Great War,” said William U. Eiland, director of the Georgia Museum of Art, who is writing an essay on Haley for a companion exhibition catalogue.

Haley studied with Hans Hofmann in Germany in the 1920s. Hoffman had a significant impact on Haley’s career as well as on other abstract artists of the time.

Beginning in the 1930s, Haley and Hofmann both taught at the University of California, Berkeley. The school was an important site for Haley’s career.

“As a teacher and artist in Berkeley, John Haley was one of the founders of what are considered two of the most important movements in California of the 20th century: the Bay Area Watercolor School of the 1930s and the Berkeley School of Abstract Expressionism of the 1950s,” Eiland said.

During World War II, Haley served in the U.S. Naval Reserve, drawing landscapes to assist with invasion strategies. Moving away from the California scene style following the war, Haley moved toward abstraction beginning in 1949 and focused on color, in particular, throughout his long career.

The exhibition will feature two sculptures made by Haley during the 1950s and 1960s. He also was an accomplished printmaker, muralist, mosaicist, photographer, designer and fabricator of stained glass. The sculptures in the exhibition show Haley’s varied talents as an artist and how his experimentation with myriad media influenced his other work.