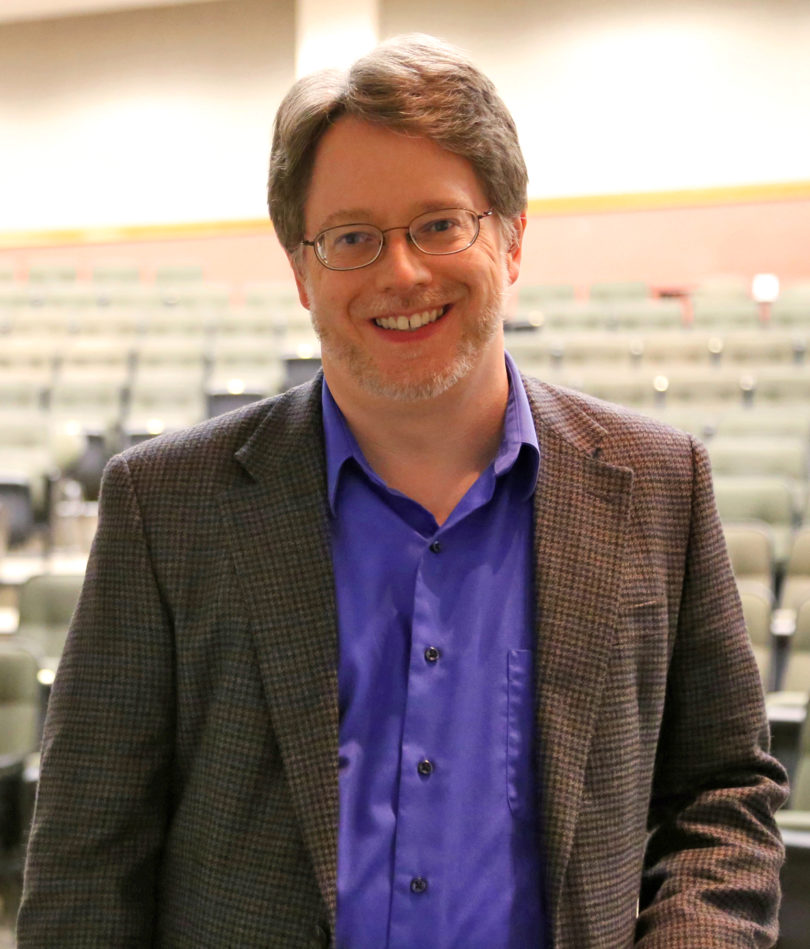 Athens, Ga. – The Council for Advancement and Support of Education and the Carnegie Foundation for the Advancement of Teaching have selected the University of Georgia’s John A. Knox as the Georgia Professor of the Year for 2014. The honor was conferred Nov. 20 in Washington, D.C., at a national awards celebration.

Knox, an associate professor and undergraduate coordinator in the Franklin College of Arts and Sciences geography department, is the first state winner of the award from UGA since 2004 and the first atmospheric scientist from any state to be selected since 1989.

Knox and the other state winners were chosen from nearly 400 top professors nominated by colleges and universities throughout the U.S.

The U.S. Professors of the Year program recognizes the most outstanding undergraduate instructors in the country—those who excel in teaching and positively influence the lives and careers of students. Sponsored by CASE and the Carnegie Foundation, it is the only national program to recognize excellence in undergraduate teaching and mentoring.

“It’s a distinct honor to be the first UGA professor in a decade selected to receive this award,” Knox said. “I never thought about a university teaching career until I was a senior in college, when my honors director and mentor at the University of Alabama at Birmingham, Ada Long, said I should be a professor. Ever since, I’ve been emulating Ada and her dedication to undergraduates. This award is at least half Ada’s.”

Knox has taught more than 5,000 students in his career-97 percent of them undergraduates-in over 90 different sections of courses at the freshman through doctorate levels. In 2012, he was named one of “The Best 300 Professors” in the nation by the Princeton Review, based partially on anonymous online teaching evaluations of 42,000 professors in all fields.

In 2013, Knox was honored by UGA with a Richard B. Russell Award for Excellence in Undergraduate Teaching and, in 2014, was named the Franklin College Outstanding Advisor of the Year.

“Dr. Knox exemplifies the very best of university teaching and scholarship,” said Alan T. Dorsey, dean of the Franklin College. “His high regard for teaching translates into great dedication to his students and an unwavering commitment to his subject matter that makes learning infectious.”

Knox has authored nearly 250 professional and popular-media publications, including over 40 peer-reviewed articles and two books. His research output includes articles with 44 student co-authors, including 17 undergraduates. His research on clear-air turbulence forecasting has been funded by NASA and NOAA and was honored by the National Weather Association with its Fujita Research Achievement Award in 2010.

“I cannot think of anyone as deserving as John Knox for this award,” said Kavita Pandit, associate provost for international education and professor in the department of geography. “He is one of those gifted professors whose outstanding skills as a teacher are matched by his record of scholarship and contributions to his discipline.”

Knox is especially appreciative of his students: “Without the UGA undergraduates in my big introductory classes and my upper-level atmospheric sciences classes, I wouldn’t be in Washington, D.C., receiving this award,” he said. “Thanks to them for putting up with, and even enjoying, my unique approach to learning about geography, weather and climate.”