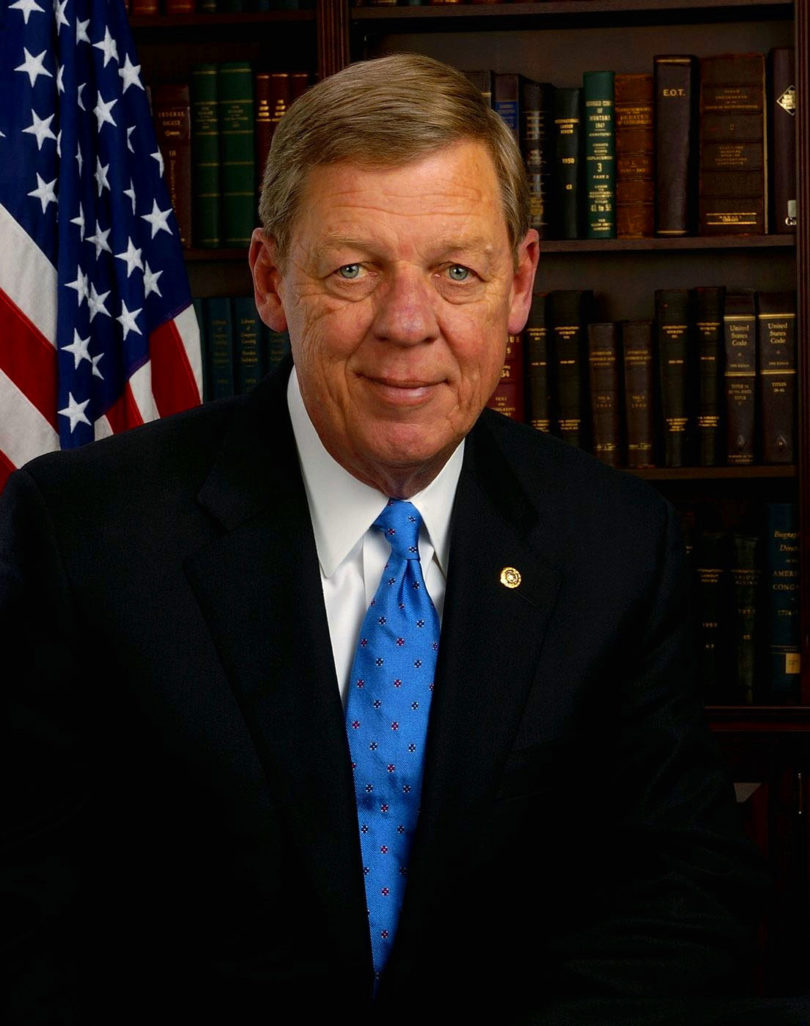 Athens, Ga. – U.S. Sen. Johnny Isakson, R-Ga., will give University of Georgia undergraduates one final charge on May 9 before the university sends off its newest alumni with a fireworks farewell. The spring Commencement ceremony will begin at 7 p.m. in Sanford Stadium.

The graduate Commencement ceremony, which will feature UGA dean emeritus Arthur M. “Andy” Horne, will be held at 10 a.m. in Stegeman Coliseum. Tickets are not required for either ceremony.

“It is a great honor for the University of Georgia to welcome Sen. Johnny Isakson as the speaker for spring Commencement,” said UGA President Jere W. Morehead. “Sen. Isakson is a great public servant and a statesman, and he has been a strong advocate for the value of public education, from kindergarten through college and beyond. As an alumnus, he has brought honor and recognition to his alma mater. I am very grateful to him for agreeing to speak to the Class of 2014.”

In January 2013, Isakson was named to the U.S. Senate Committee on Finance, which has jurisdiction over taxes, trade, Medicare and Social Security and plays a critical role in the debate over reduction in national spending and debt. He is also assigned to the committees on health, education, labor and pensions; veterans’ affairs; and ethics.

A highlight of his legislative accomplishments came in 2009 when the Senate passed his legislation to create the Financial Crisis Inquiry Commission. Styled after the 9-11 Commission, the panel was charged with investigating the near collapse of the U.S. banking system and the loss of tens of trillions of dollars.

A 1966 graduate of UGA, Isakson began his business career a year later when he opened the first Cobb County office of the small, family-owned business Northside Realty. He later served as the organization’s president and, during his 20 years at its helm, helped grow Northside into the largest independent residential real estate brokerage company in the Southeast.

In addition to his legislative and business accomplishments, Isakson served in the Georgia Air National Guard from 1966 to 1972. He and his wife Dianne married in 1968 and have three children and nine grandchildren. They currently live in Marietta and attend Mount Zion United Methodist Church, where Isakson taught sixth grade Sunday school for 30 years.

Horne, who was dean of the UGA College of Education for five years, will deliver the graduate Commencement address. A distinguished research professor in counseling, Horne led improvements in faculty productivity in both outreach and research before retiring in December 2012. He remains an active adviser with the Safe and Welcoming Schools program, which was developed to increase school safety.

“Dean Emeritus Horne exemplifies how scholarship can be used to address community needs and impact lives, and we are delighted that he will be delivering the graduate Commencement address,” said Pamela Whitten, senior vice president for academic affairs and provost.

Before his retirement, Horne was an internationally recognized researcher in counseling. He focused on troubled families and school-based prevention of male bullying and aggressive behavior.

In 1999, he started a program to reduce violence and bullying in middle schools. The multi-state Bully Busters Project received more than $7 million in grants from the Centers for Disease Control and Prevention. Horne’s 2006 book, “Bully Prevention: Creating a Positive School Climate,” is based on the project.

During his four-decade career, Horne received 23 awards and recognitions. He is past president of the American Psychological Association’s division of group psychology and group psychotherapy and is the immediate past president of the Society of Counseling Psychology. He is a fellow in numerous divisions of the APA and the American Counseling Association and received the 2013 University of Florida Distinguished Alumnus Award.