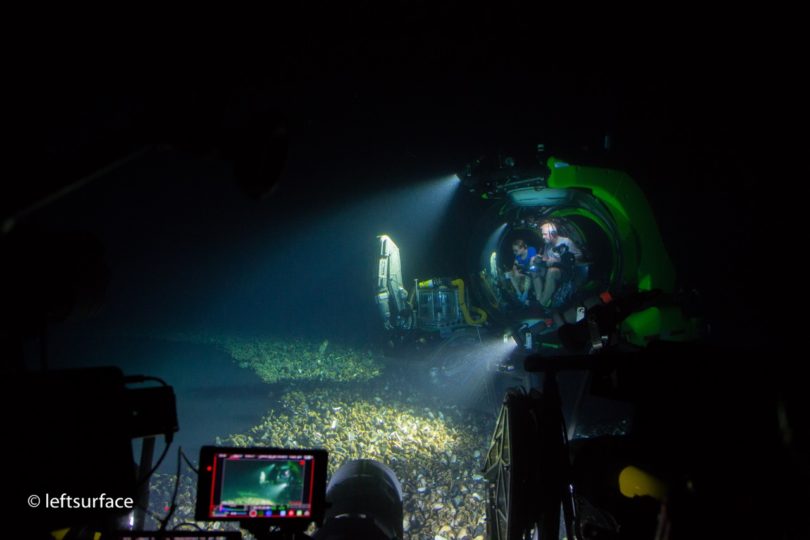 UGA professor Samantha Joye explores the ocean floor in a submersible as part of a BBC documentary about the planet. (Photo by Mark Taylor)

Samantha Joye, Georgia Athletic Association Professor of Arts and Sciences, is one of the very few humans who have seen the mysterious brine pools of the ocean floor, and her expertise informs the new BBC documentary, “Planet Earth: Blue Planet II.”

As a team from Alucia Productions powered by OceanX worked with the BBC to film the brine pools for “Blue Planet II,” Joye and Dr. Sylvia Earle of Mission Blue were aboard the research vessel Alucia for several weeks to observe and advise. The team descended in the Alucia submersibles to visit the brine pools where Joye, a world-renowned marine scientist, collected samples from this rarely visited ecosystem — which could lead to medical breakthroughs or provide clues to the origins of life.

“In the Gulf of Mexico, there are hundreds of brine pool ecosystems; we’ve explored less than 10,” she said. “What we’ve learned is that every single one of them is unique, and that means the microbiology is unique and could have very real potential for biotechnology and biomedical use.” 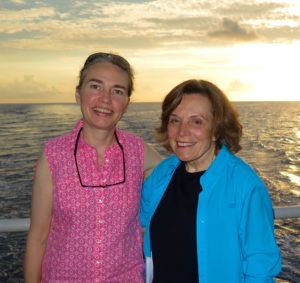 Samantha Joye with Sylvia Earle of Mission Blue on the Alucia.

In addition to serving as a science adviser for “Planet Earth: Blue Planet II,” Joye is featured in two digital shorts films co-produced by BBC Earth and Alucia Productions powered by OceanX, including “The Future of the Oceans” and “Brine Pools: Exploring an Alien World.” Other shorts and a large-screen format film will be released in coming months.

Joye’s involvement in projects like the Blue Planet II series reflects her commitment to communicating with the public about ocean science and ocean conservation. “I feel compelled to use any opportunity to educate and empower the public to generate positive change in the world,” she said. “One inspired person can serve as a nucleus for action to protect the ocean.”