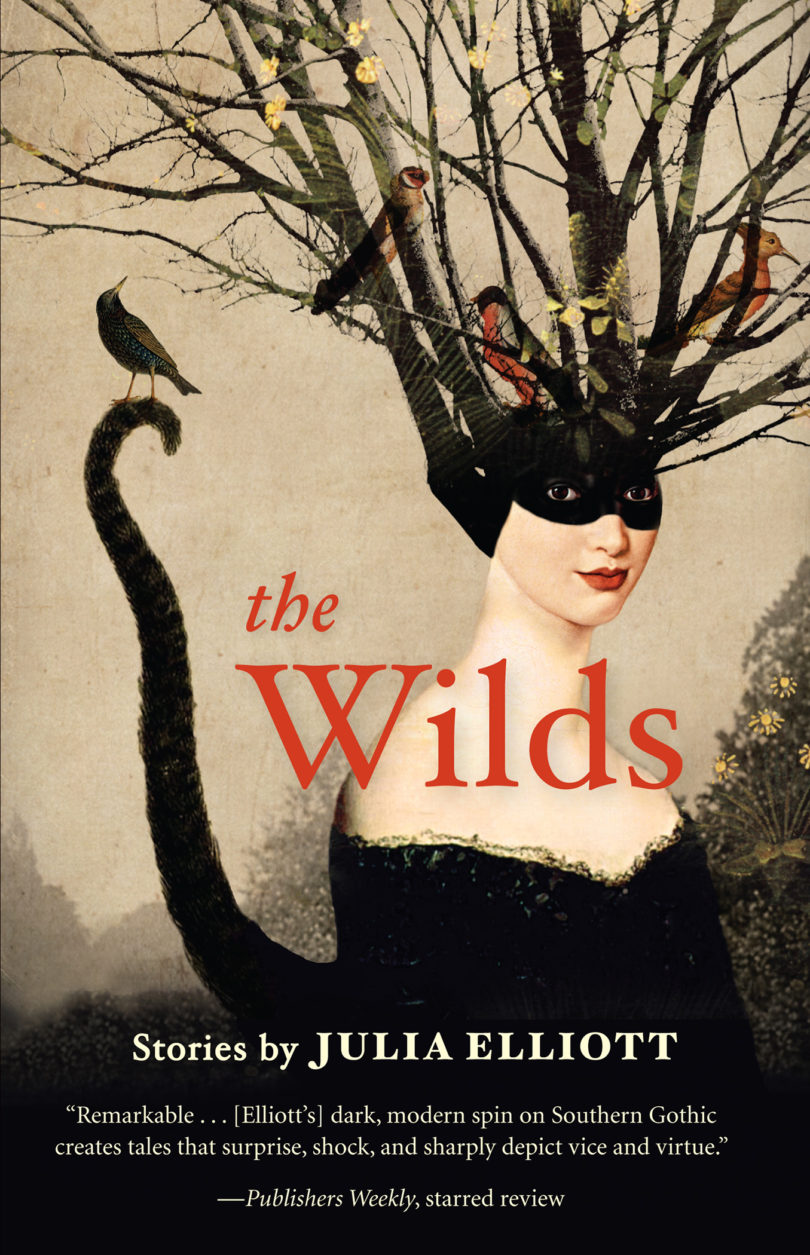 Athens, Ga. – Acclaimed fiction writer Julia Elliott will present a free, public reading Oct. 24 at 7 p.m. upstairs at The Globe, 199 North Lumpkin St. The event is sponsored by the University of Georgia Creative Writing Program and The Georgia Review.

The reading is in celebration of Elliott’s debut short-story collection “The Wilds,” recently published by Tin House Books. Opening for Elliott will be Atlanta-based poet L.S. McKee.

Publisher’s Weekly said Elliott’s “dark, modern spin on Southern Gothic creates tales that surprise, shock, and sharply depict vice and virtue.” Bradford Morrow, editor of the journal Conjunctions, said “The Wilds” “brings together some of the most original, hilarious, and mind-bending stories written in the last two decades.” Author George Singleton praises her work for offering “nothing but the great, beautiful, dark regions of the human heart. These are stories to be cherished, taught, and brooded upon.”

A former resident of Athens, Elliott earned a doctorate in English from the University of Georgia. Her fiction has appeared in The Georgia Review (Summer 2006 and Winter 2012), Tin House, Conjunctions, Fence, Puerto del Sol, Mississippi Review, Best American Fantasy, and other publications. She has won a Pushcart Prize and a Rona Jaffe Writer’s Award. Her novel “The New and Improved Romie Futch” will be published by Tin House Books in 2015, and she is currently working on a novel about Hamadryas baboons, a species she has studied as an amateur primatologist.

Elliott teaches English and women’s and gender studies at the University of South Carolina in Columbia, where she lives with her daughter and her husband, John Dennis. She and Dennis are founding members of Grey Egg, an experimental music collective.

McKee’s work has appeared in Gulf Coast, New England Review, Ninth Letter, Indiana Review, the Louisville Review, BODY, New South, and elsewhere. She received a master’s degree from the University of Maryland and was a Wallace Stegner Fellow in poetry at Stanford University. She teaches at the University of West Georgia.

Copies of “The” Wilds will be available for purchase courtesy of Avid Bookshop of Athens.

An excerpt from Eliiott is below:

Brunell Hair lived in a lopsided mill house with her mama and her uncle and her little withered-up critter of a grandmaw. In honor of her eleventh birthday, she was having a slumber party, but so far, only my best friend Bonnie and I had showed. Our mothers had had some kind of pow-wow, during which they’d smoked cigarettes and worked themselves into tizzy over how vain and selfish we were getting, finally declaring that sleeping over at Brunell’s house would be just the thing to “teach us a lesson” about how fortunate and spoiled we were. Truth told, we wanted to see Brunell in her natural habitat. We wanted to see the creepy troll-child’s lair, witness the antics of her Jesus-freak mother, spy on her uncle who’d appeared in several television commercials, and see her Meemaw speak in tongues.

Brunell’s mother, who wore hideous dresses and sported an old-fashioned poof of crunchy hair, was making hamburger patties. The other two family members were holed up in their rooms, Meemaw praying for the soul of her gay son, the uncle just sitting up there enduring the prayers she threw at him, sighing every five minutes over the man in California who’d broken his heart. According to Brunell, ever since Meemaw’s husband died the woman did nothing but pray and eat candy and watch the TV she’d won at the church raffle. Though Brunell’s mother could spit her share of prayers at the sins of the world, she stayed busy while doing it. She kept a spotless house, vacuuming their pink wall-to-wall carpet three times a week and scrubbing their kitchen until it gleamed.

— From “Rapture,” first published in The Georgia Review, Winter 2012

An excerpt from McKee is below:

Girls give in under bridges
where only headlights
slipping over guardrails
break up the dark enough to see
the river sloughing past-
baptism of frayed tire, broken glass-
where fish swim blindly,
their pale bellies tracing
the surface of water divided
and joined in the dark and above,
only the flashing lights
of smokestacks: pressure building
slowly through pipes that fold
chemicals from tank to tank
as the plant burns in the hills,
roll of fire in the river, though
it is still a light against the foreheads
of collapsing teenagers: what
their fathers, their mothers, have given:
work that would dismantle the earth
to save them, that one day
they may rest their eyes elsewhere.