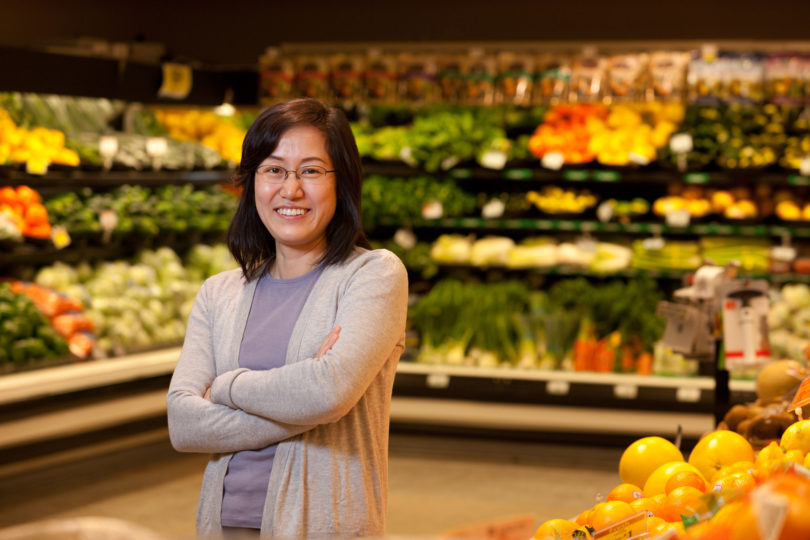 Athens, Ga. – A fear of going hungry may be leading many older Georgians to skip medications and cancel doctors’ appointments as they juggle limited incomes with prescription costs and out-of-pocket copayments required by Medicare, according to two new studies by University of Georgia researchers.

The first study, available online and set to appear in the March issue of the Journal of Nutrition in Gerontology and Geriatrics, looked at older Georgians who skip needed medications or manipulate their doses. The second found that those who are food insecure tend to have lower Medicare expenses. Both focused on food insecurity—uncertain, insufficient or unacceptable access or use of food.

The studies were led by Jung Sun Lee, an associate professor of foods and nutrition in the UGA College of Family and Consumer Sciences. The first—highlighting connections between food insecurity and cost-related medication adherence—included surveys conducted three times during an eight-month period in 2008-2009.

To determine cost-related medication non-adherence, researchers asked study participants if the cost of prescriptions had caused them to skip doses, take a smaller dose, delay refills, stop taking medications or avoid new prescriptions. Among the entire sample, 30 percent fell into the persistent non-adherence category during the study period, regardless of whether they were food secure or insecure. Among those who were persistently food insecure, however, that percentage of persistent non-adherence jumped to 48.7 percent.

“Engaging in medication restriction behaviors, such as skipping doses, creates problems for both the individuals and society,” Lee said. “The exacerbation of diseases, adverse health events and avoidable hospitalizations result in increased health-care costs for all of us.

“However, when you’re not sure you’ll have enough money to refill your prescription and buy groceries, it’s easy to understand why someone will choose to skip a dose of medication needed to control diabetes or split a heart medication in half.”

Issues of cost-related medication non-adherence existed despite the fact that more than 83 percent of study participants were enrolled in a prescription medication insurance plan. However, most plans require some sort of copayment. For nearly a quarter of the participants, that amounted to a little more than $100 per month, a significant amount when the majority of participants’ annual income was less than $20,000, Lee said.

The 664 survey respondents were all Georgians enrolled or added to waiting lists in the Older Americans Act Nutrition Program, which provides funding for older adults to receive home-delivered meals or to dine at a central location such as a community center with hot meals provided by local councils on aging.

The second study, published in the October 2012 issue of the Journal of Nutrition, is the first to examine the relationship between food insecurity, health status and health-care expenditures in older adults.

Lee and her colleagues looked at surveys that compared Medicare and out-of-pocket expenses of 1,377 older Georgians with a mean age of 77 years, half of whom were food insecure.

For the study, they combined information gathered in 2008 from the Georgia Advanced Performance Outcomes Measures Project 6, known as POMP6, and provided by the U.S. Centers for Medicare and Medicaid Services.

In examining the Medicare expenditures of the food-insecure vs. the food-secure participants, Lee found Medicare expenses were $1,875 lower for the food insecure. Similarly, out-of-pocket payments for the food insecure were $310 less than for the food secure. These differences are not small, Lee noted, and translate into 20 percent of mean Medicare spending per beneficiary and 7 percent of mean out-of-pocket payments per beneficiary in Georgia in 2008.

“Our findings suggest complex problems in access, choice and actual use of different types of needed medical care among food insecure compared with food-secure older adults,” Lee said, adding that most previous studies have focused on younger adults, few of whom have the issues of multiple illnesses and limitations on mobility faced by those in her studies.

Those who fell into the food-insecure group were more likely to be poor, younger, minority, less educated and on the waiting list to receive home-delivered meals. They also were likely to suffer from diabetes, according to Lee’s research.

Although federal and state government funding does provide access to some food programs for older adults, few of the participants in Lee’s studies were enrolled, with only 27 percent receiving benefits from the federally funded Supplemental Nutrition Assistance Program. Lee also pointed out that older adults may need additional community support in managing diet-related conditions due to the importance of sound nutrition and medication adherence in order to maintain better health.

“These studies point out some of the problems being faced by low-income older Georgians in meeting basic food and healthcare needs,” Lee said. “The next step is to look at these issues on regional and national levels while using appropriate datasets of valid and reliable comprehensive measures of healthcare utilization.”

Other researchers on the project included Rahul Jain, an assistant professor in the UGA College of Pharmacy, and Vibha Bhargava, an adjunct faculty member in the College of Family and Consumer Sciences’ housing and consumer economics department.