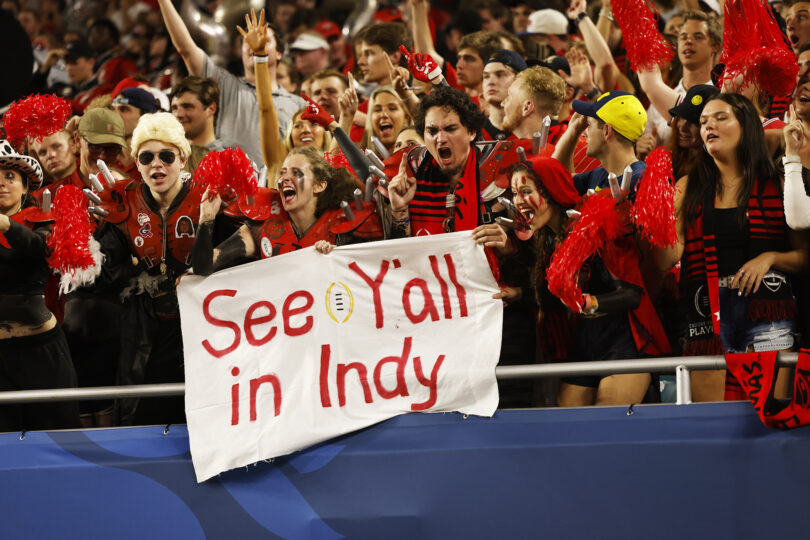 All eyes in Bulldog Nation will be focused on Lucas Oil Stadium in Indianapolis Monday night as Georgia takes on Alabama for the College Football Playoffs National Championship.

The No. 3 Georgia Bulldogs (13-1) paved their way to the championship game by storming past No. 2 Michigan 34-11 in the Capital One Orange Bowl College Football Playoff semifinal game on New Year’s Eve at Hard Rock Stadium in Miami. (Game story, Photo gallery)

Be sure to check out the official Bulldog trailer for the game, and UGA Athletics provides a Bulldog Breakdown with Georgia Legends, Game Notes, and news conferences with coaches and players.