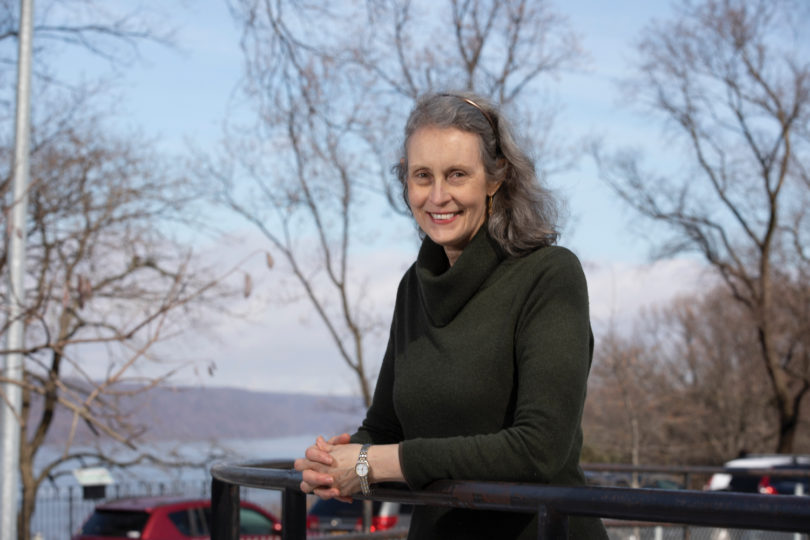 Katherine Bridges BLA '77 is a landscape architect with the New York City Department of Parks and Recreation. She is retiring after working on more than 50 parks over 30 years with the department. (Photo by Peter Frey/UGA)

Three decades after she began working as a landscape architect with the New York City Department of Parks and Recreation, Katherine Bridges BLA ’77 is right back where she started. 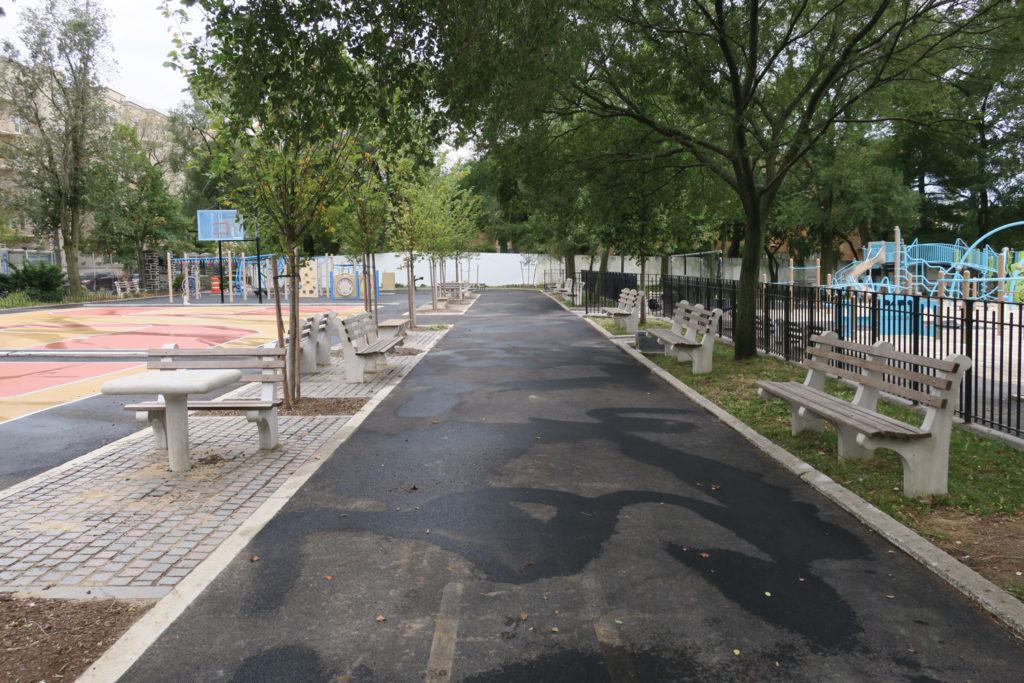 Jacob K. Javits Playground in Fort Tryon Park is a 1-acre oasis at the northern tip of Manhattan, overlooking the Hudson River. Bridges’ first assignment after joining the parks department in 1989 was project managing the work being done on the playground. Now, as she is about to retire, her last job is the renovation of that same playground.

In between, Bridges has either led or contributed to the design of more than 50 parks scattered across New York’s five boroughs. Odds are, if you have visited New York anytime in the last 30 years, you’ve enjoyed her work.

Bridges’ most well-known projects include Blue Heron Park, which she created out of a woodland and wetland area on the south side of Staten Island, the borough where she grew up; Maria Hernandez Park, the largest greenspace in Brooklyn’s bustling Bushwick neighborhood; and Canarsie Park on the Brooklyn waterfront.

Prior to joining the parks department, Bridges worked for the Central Park Conservancy, where she was on the team (whose leaders included Marianne Cramer MLA ’78) that created the 15-year master plan for the restoration of Central Park. Bridges created the master plan drawing, which was 13 feet long, and she still has it.

Bridges has actually been working on Jacob Javits for several years. The design was approved back in 2017. Construction didn’t start until mid-2018 and continued throughout all kinds of weather, finally wrapping up this past fall when the playground reopened.

“Jacob Javits is for everyone, from babies to senior citizens,” Bridges says. “I had to find a way to harmoniously integrate all these needs yet still create a beautiful comprehensive design that functions well.”

Subtle isn’t necessarily the first word that comes to mind with regard to a playground, but Bridges incorporated a variety of features to serve Jacob Javits’ many visitors. Multiple play areas serve specific ages (6-23 months, 2-5 years, and 5-12 years), and there are separate exercise areas for kids and adults. The new design also added ample strolling space, benches, and game tables, and it even kept intact a wilderness area. One acre isn’t a large area, but at Jacob Javits there’s space for everyone.

Bridges’ early career experience with the Central Park Team gave her the expertise to subsequently develop master plans for Blue Heron Park and Canarsie Park, both award-winning projects. Over the decades, Bridges has seen most of the ideas from those master plans become fixtures of the respective parks, beginning with the landscaping of the Great Hill in the northwest part of Central Park.

As Bridges looks back on her 30 years at the parks department, she says she is most proud of her mentorship of younger staff members. “I’m teaching them not only about design and the attention to detail but also the importance of listening, of process, of ecology and the continuum of landscape through time. And then there’s always that scintilla di belleza, that spark of beauty.”

Bridges attended UGA Cortona as a student and worked professionally in Italy for several years before moving back to New York, so she occasionally uses Italian to drive her points home.

“Everything we do has to have that spark,” she says. “I’m very happy that my work will stand the test of time.”