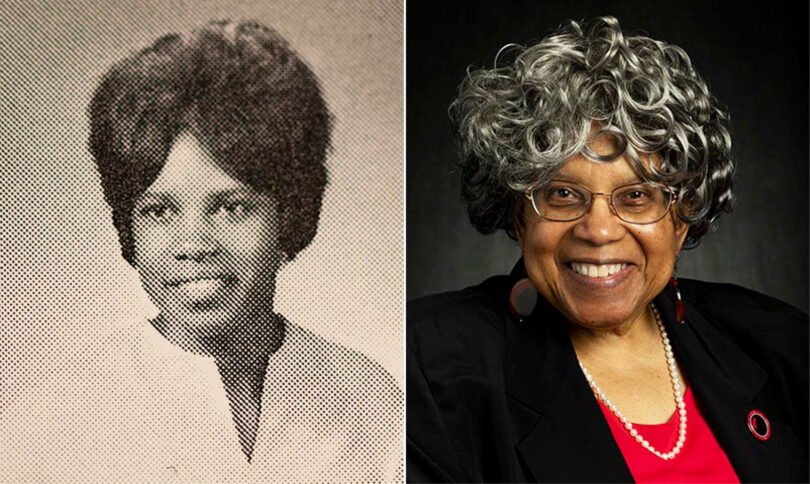 Kerry Rushin Miller as a UGA student and today.

Kerry Rushin Miller, among one of the first African American students to enroll as freshmen and complete their undergraduate degrees at the University of Georgia, was recently honored Aug. 4 during the dedication of Black-Diallo-Miller Hall, the newest residence hall on campus.

Miller retired from BellSouth after 29 years of distinguished service, primarily based in Charlotte, North Carolina. She was a participant in Leadership Charlotte and received numerous accolades for her service to the Charlotte community. She joined the Urban League of Central Carolinas, Inc., following her retirement from BellSouth, and later joined the Charlotte Club of the National Association of Negro Business and Professional Women’s Clubs (NANBPWC).

“I would like to thank my family and friends who are here,” said Miller, who was the first African American to earn a bachelor’s degree in mathematics from the University of Georgia in 1966 and shortly thereafter began an extensive professional career in the telecommunications industry. “I am so honored to have this building bear the name of Miller on it.”

While with the Charlotte Club, Miller developed an award-winning education program designed to help at-risk elementary and middle school students raise their self-esteem, strive for excellence and achieve their personal best.