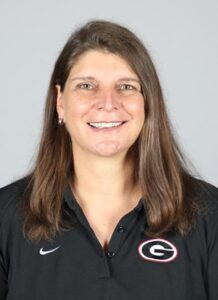 Due to the cancellation of the CSCCa’s National Conference this year, Koch will be honored at the organization’s meeting in May 2021. Only 220 strength and conditioning coaches at the collegiate and professional levels have received the award since the organization’s inception in 2000. Koch is one of 22 females to be honored and is the third member of the current UGA strength and conditioning staff to earn the distinction, joining Scott Sinclair and Sean Hayes.

Since her arrival in Athens in 2004, Koch has worked with teams that won eight NCAA Championships, 16 SEC regular-season championships and five SEC Tournament titles.