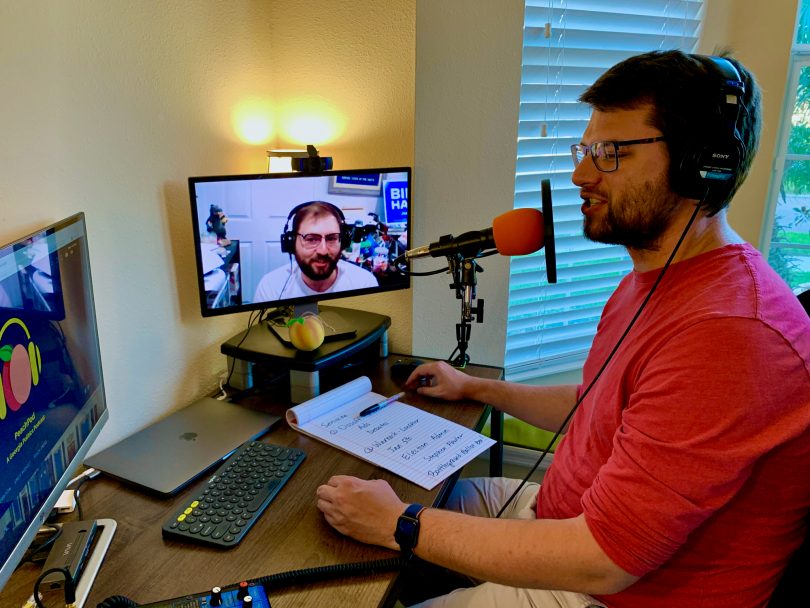 PeachPod is dedicated to exploring Georgia politics with a smattering of Washington thrown in.

How did you become interested in podcasting about Georgia politics?

Kyle Hayes BSEd ’12: I was interested in doing the show from Chuck Bullock’s classes.  Those classes give you a strong foundation on Southern politics and history. I became interested in those issues but didn’t know how I would do that as a job.

Who is your typical audience?

Hayes: I think we attract people who work in Georgia politics or maybe students of Georgia politics in school. They already have a certain knowledge about what’s going on, and they are looking for a deeper analysis.

Luke Boggs AB ’15, AB ’15, JD ’21, MPA ’21: There are also a decent number of elected officials. We will get feedback from them, and that’s exciting. We also get a lot of UGA students. I’m in law school at UGA, and fellow students will come up to me and say, “You’re that guy from PeachPod!”

With a closely watched election in 2020 and a governor’s race in 2022, it looks like Georgia will be the center of the political universe for a while. What do you think about that?

Hayes: It’s both exhausting and exhilarating. Breaking news never seems to stop in Georgia. It’s interesting for me that Georgia sits at the center of so many political, ideological, and demographic trends that seem to be changing. Because of those changes, it seems to be contributing to the heightened intensity of divisions at the State Capitol. I think it’s interesting, and it adds to our mission of how these changes are affecting our state and how we can best explain them to listeners. 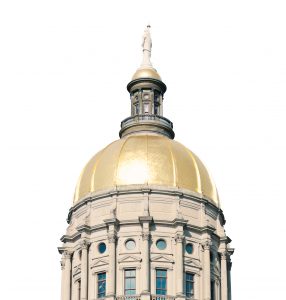 How do you approach a discussion of something as divisive as politics?

Boggs: We aren’t trying to embody any politician’s opinion as much as we are trying to explain it and break it down systematically. It’s not both-siderism; we want to be analytical.

Is there a particular episode you recommend?

Hayes: The group of episodes we aired in October 2020 where we discussed the campaign ads being run by David Perdue and Jon Ossoff, and the messages between them. We spent a lot of time figuring out how political candidates message their values and what that signals about what they might care about when they are office. 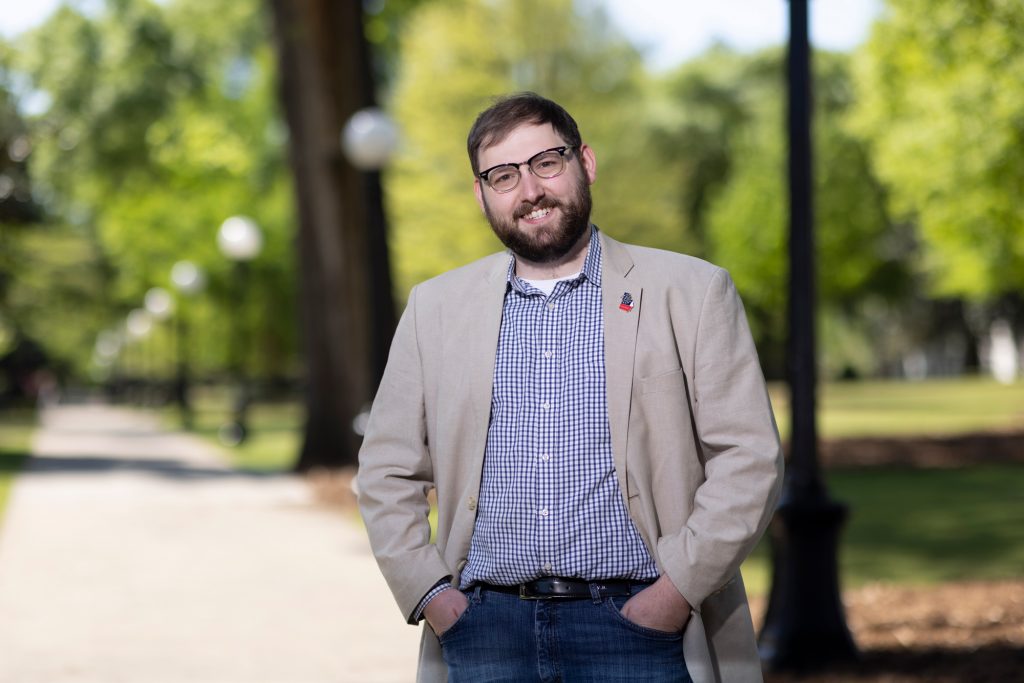 In addition to co-hosting PeachPod, Luke Boggs is a recent graduate of UGA’s School of Law. He also earned his Master of Public Administration degree from the School of Public and International Affairs in 2021. (Photo by Peter Frey/UGA)