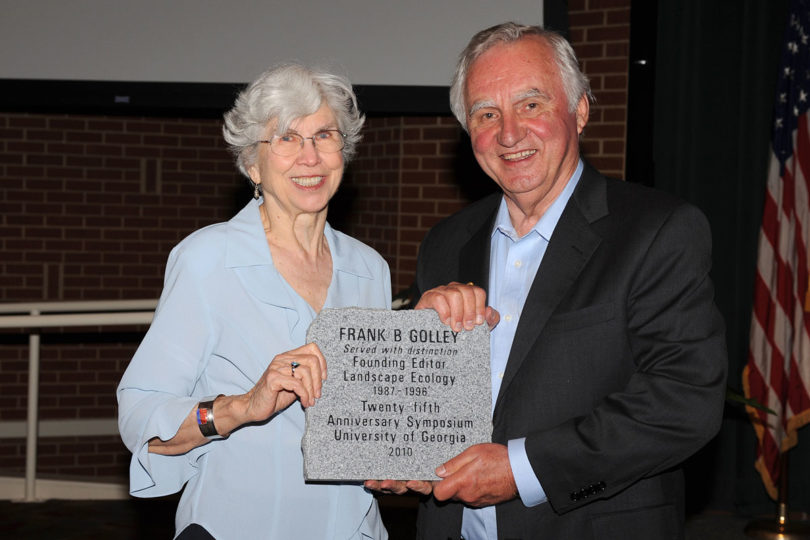 The U.S. Regional Association of the International Association for Landscape Ecology returned to UGA this month for its 25th anniversary symposium. The inaugural US-IALE meeting, co-chaired by the late Frank B. Golley and then-postdoctoral fellow Monica Turner, was held January 1986 at what was then the university’s Institute of Ecology.

This year’s symposium was held April 5-9 at the Georgia Center for Continuing Education Conference Center and Hotel. It was attended by more than 300 participants, including IALE members from approximately 20 countries.

Road trips, workshops and a roundtable discussion were organized around the 25th anniversary symposium theme “Is What Humans Do Natural?” Hosts and program chairs for the symposium were Terry L. Barrett and Gary W. Barrett, holder of the Eugene P. Odum Chair in Ecology.