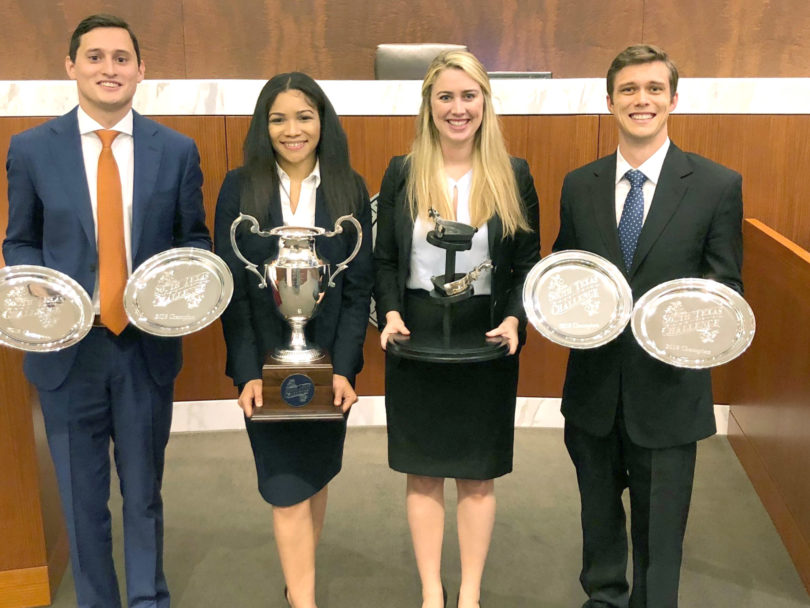 The University of Georgia School of Law recently won the national South Texas Mock Trial Challenge and the Intrastate Moot Court Competition. These wins bring the total national titles for UGA for the 2017-18 season to three in addition to a coveted state title.

Third-year law student Lauren E. Lutton and second-year law students Shanice Echols, Robert Harrison II and C. Daniel Lockaby captured the national title in the 2018 South Texas Mock Trial Challenge. Lutton was recognized for her oral skills in the preliminary rounds and was named the best advocate for the final round.

The School of Law team was undefeated in the competition overcoming teams from the law schools at Georgia State University, Campbell University and the University of Missouri at Kansas City as well as Charleston Law School.

Notably, this is the second year in a row that UGA has won this national competition and the third time in five years that Georgia has brought home the championship trophy.

“Our South Texas mock trial team was outstanding from the start, and they just got better and better with each and every round,” School of Law Director of Advocacy Kellie Casey said. 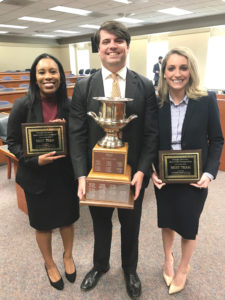 “Winning the state trophy is always special to our advocacy program as the state of Georgia has the most competitive moot court teams in the country,” Casey said. “We are glad to have the championship trophy back in our trophy case!”

UGA last won this tournament in 2016, and in the last 10 years UGA has captured the state title seven times.

“These successes demonstrate the law school’s commitment to preparing its students for real-world practice while connecting them to professionals and leaders in the legal community – who in this case serve as competition judges – through a variety of different opportunities,” law school Dean Peter B. “Bo” Rutledge said.