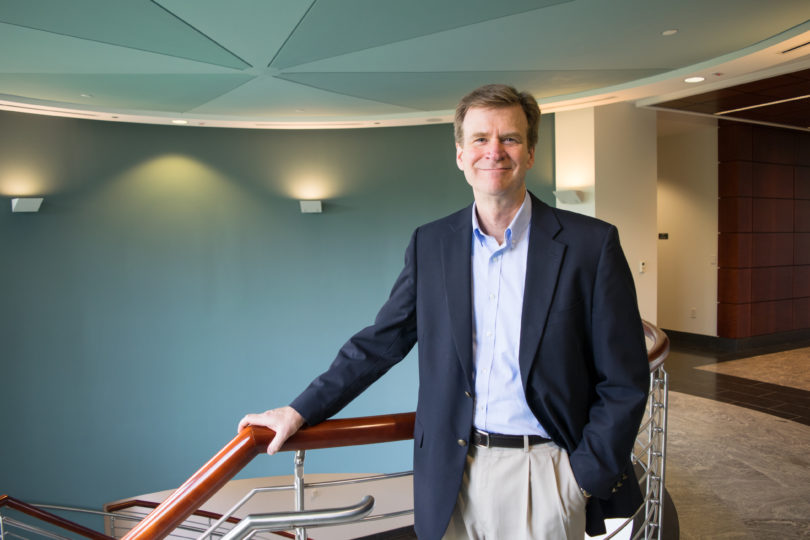 The Office of Research, with support from the Provost’s Office, has recruited College of Engineering professor Lawrence Hornak to serve in a new position: associate vice president for research, integrative team initiatives. His appointment is effective Jan. 2.

Hornak currently serves as associate dean for research and graduate studies in the College of Engineering. In his new role, he will promote interdisciplinary team research at UGA, with the aim of increasing the university’s share of large and complex grants. He’ll support both new and existing interdisciplinary faculty teams in ideating, planning and writing large grant proposals, and subsequently in managing the challenges of executing such grants.

“It is essential that we compete aggressively and successfully for large, complex grants and contracts in order for UGA to reach its full potential and have maximal impact on the grand challenges we face as global citizens,” said David Lee, vice president for research. “The Office of Research should play a larger role in catalyzing these efforts, and with Larry dedicated to this effort, I believe we will.”

Hornak will work closely with Office of Research colleagues, including Sponsored Projects Administration and the Office for Proposal Enhancement, as well as other UGA units like the Provost’s Office and the Graduate School.

“The University of Georgia has emerged as a national leader in scholarship and research, and we continue to innovate for the benefit of our students,” said S. Jack Hu, senior vice president for academic affairs and provost. “Under Larry’s leadership, UGA’s research partnerships and collaborations will continue to expand and further enhance our global recognition.”

An electrical engineer with a research focus on photonic devices, integrated optics, sensor systems and biometrics, Hornak joined the UGA faculty in 2014. He was honored the following year with the College of Engineering’s Distinguished Faculty Scholar Award for both his prior work building interdisciplinary faculty teams for a range of initiatives and centers and for his efforts in the college working with faculty to build the foundation for research and graduate program growth.

During Hornak’s time as associate dean, the college’s research expenditures tripled and UGA was awarded its first IUCRC grant from the National Science Foundation. He also led the proposal for UGA’s I-Corps program, now a central component of the university’s innovation plan. Prior to joining UGA, he spent nearly 10 years in AT&T Bell Labs research and more than 20 years as a faculty member at West Virginia University. At WVU he provided founding leadership for the Department of Computer Science and Electrical Engineering, the NSF Center for Identification Technology and the state’s nanoscience and engineering initiative. For the four years prior to coming to UGA, Hornak served as a program manager at NSF, where he led their programs that partner universities with industry.