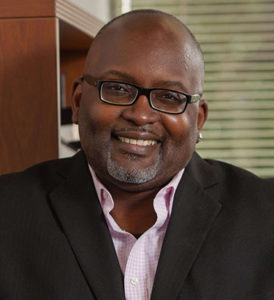 As Eric Deggans gave the 2019 Peabody-Smithgall ­Lecture, he didn’t want to just stand on stage and pontificate. He wanted an interactive discussion of two of today’s hot button topics: race and gender.

But first he had to set some ground rules for his April 3 lecture, “Decoding Media’s Coverage of Race, Gender and Differences,” which also was designated a Signature Lecture.

For Deggans, though, that’s not the goal of the conversations he leads at NPR, as a contributor and analyst at MSNBC/NBC or in his book, Race-Baiter: How the Media Wields Dangerous Words to Divide a Nation.

National conversations about race are almost always precipitated by tragedies, Deggans said. Tensions are high; people are on the defensive.

That doesn’t make for an ideal climate to have an earnest conversation about the everyday experiences of prejudice and racism faced by black Americans.

Even when those conversations are had, it becomes clear that black Americans and white Americans have a fundamentally different lens through which they see progress, Deggans said.

But it doesn’t have to be. It can be as simple as having an open, honest conversation with people who have different life experiences and assessing what can be done to make them feel safer.

“White people have a stake in race issues; men have a stake in gender issues,” Deggans said. “So often, it is easy to compartmentalize this stuff … but what we find out when we look at these issues is that equality serves everyone.”