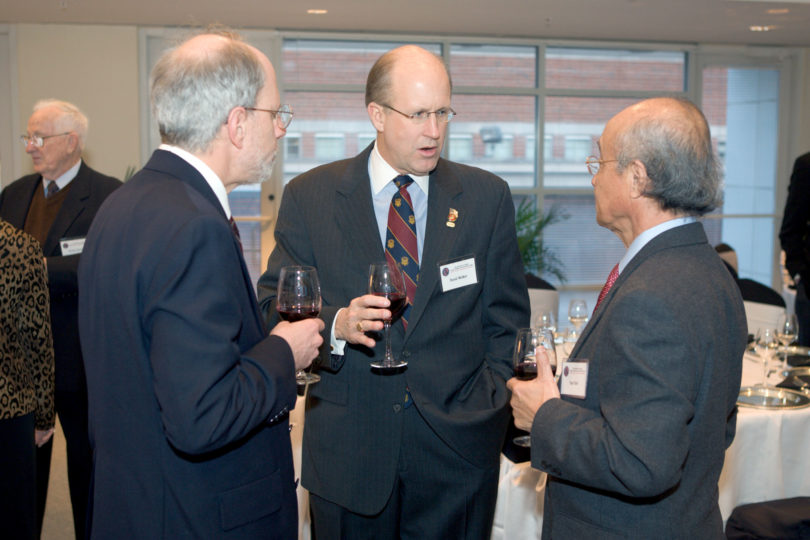 David Walker, the U.S. Comptroller General, used the inaugural Getzen Lecture in Government Accountability earlier this month to dissect the mismanagement of Washington, D.C., in a talk entitled “The Need for Leadership and Stewardship: 21st Century Challenges and Opportunities.”

Walker heads the Government Accountability Office, where he oversees fact checking on the government’s spending and receiving of public money.

“We should have zero tolerance for waste, fraud, abuse and mismanagement, even though it will never be zero in an entity the size of the U.S. government,” he said.

“Despite what some say, deficits do matter-especially if they’re large and structural in nature,” he said. “As a certified public accountant and the federal official who signs off on the audit of the government’s consolidated financial statements, I’m here to tell you that our nation’s financial condition is worse than advertised. Frankly, the government’s business model is broken, and it’s time we fixed it.

“Anyone who says we can grow our way out of the problem wouldn’t pass Economics 101 or basic math,” he also said. “To grow our way out, we’d have to have sustained economic growth way beyond what we’ve ever seen in our nation’s history. It’s just not going to happen, and the sooner we realize that reality, the sooner we are likely to act.”

Part of that action, he stressed, is holding elected officials accountable for their support of “long-term liabilities and unfunded commitments.”

Programs like Social Security, Medicaid and the federal flood insurance program total $46 trillion of federal debt, according to Walker.

“The new Medicare prescription drug benefit, which is turning out to be one of the most poorly designed, ineffectively managed and fiscally irresponsible government benefits of all time, has added more than $8 trillion to this mountain of red ink,” Walker said. “And these numbers don’t even take into account the bills that are coming from rebuilding New Orleans and the Gulf Coast and or the future costs associated with Iraq, Afghanistan and the global war on terrorism.”

Putting it in perspective, Walker said that number translates to a burden of $156,000 for every American.

To put it another way, the combined net worth of every American-including Bill Gates-is about $50 trillion. That means that if everyone gave up more than 90 percent of their net worth, Americans could bail these programs out of debt, “but that would only be good for one second because these debts are growing every second of every day,” Walker said.

He turned his tough talk toward the audience, telling them they are the agents of accountability.

“If the folks who live on Main Street stay silent…change is unlikely. Our government will remain on autopilot, our burdens will mount, and our fiscal fuse will get shorter. I hope you’ll join with me to insist on the facts, speak the truth and call for responsible leadership.”